ROBIN VAN PERSIE has said he would bully Arsenal defender David Luiz if he played against him now.

The Brazilian returned to the Arsenal lineup today for their FA Cup quarter-final win over Sheffield United but went off injured in the 54th minute. 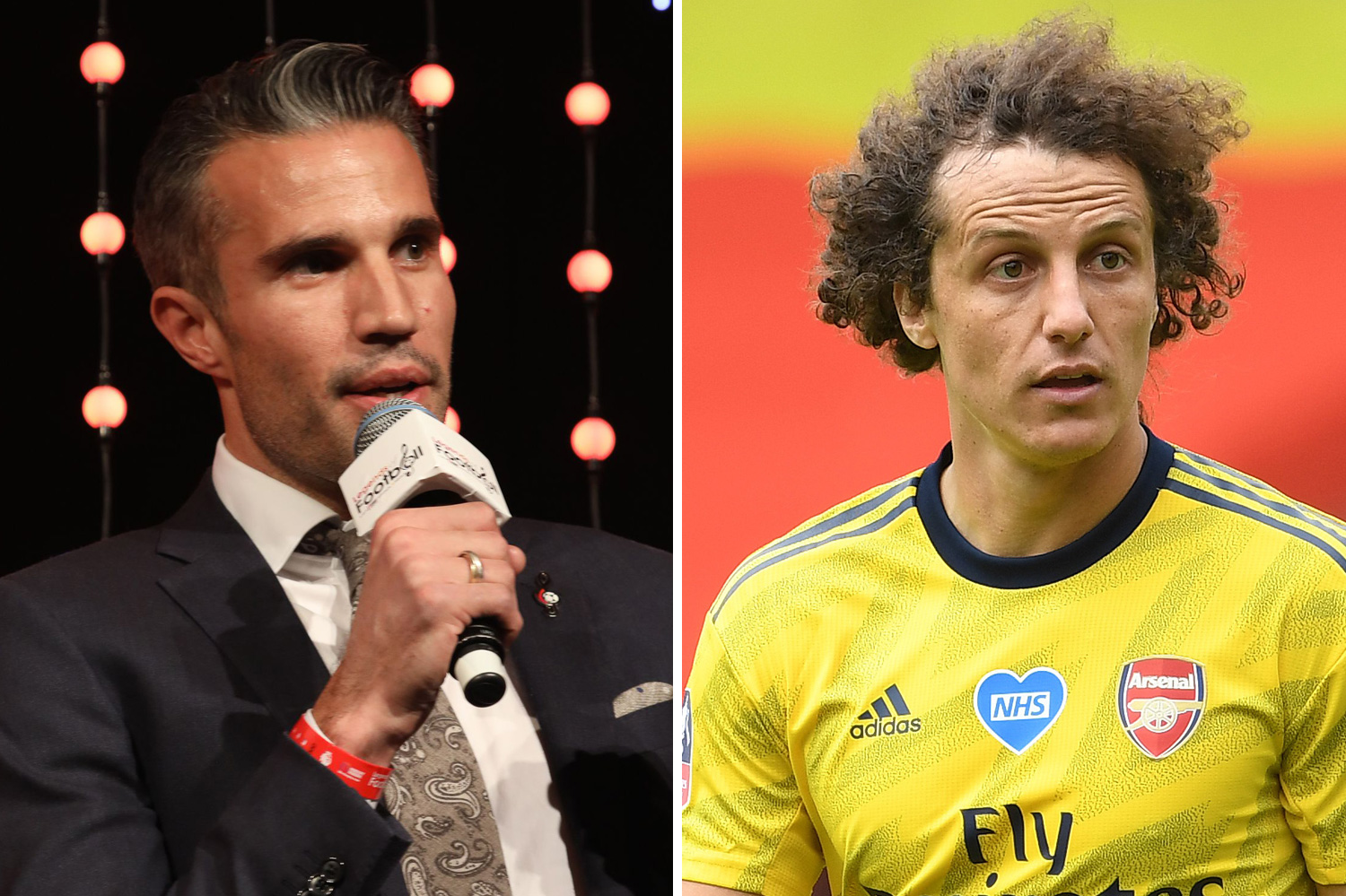 Van Persie called on Sheffield United’s forwards to ‘bully’ and ‘tease’ Arsenal defender Luiz ahead of their FA Cup encounter this afternoon.

In the build-up to the game, ex-Gunners striker Van Persie had some advice for Sheffield United’s strikers when facing Luiz.

He told BT Sport: “If you play against him, I would go at him, almost try to bully him and to make physical contact with him and move around him and try to tease him a little bit because he is vulnerable.

“The first job you have to do is to defend, be solid and be trustworthy.

“If you have extra, you can dribble, do some nice passes perfect but he needs to focus on his job.”

The match was Luiz’s first appearance since a calamitous display against Manchester City ten days ago.

The 33-year-old’s error allowed Raheem Sterling to open the scoring at the Etihad and Luiz received a red card early in the second half after hauling down Riyad Mahrez in the penalty area.

Van Persie added he feels Luiz’s talent could have made him world class but for his defensive lapses.

“With David Luiz, if he was 24 or 25 you would say he is potentially world class,” he said.

“But he is not. He is 33. He has all the skills too because he is confident on the ball, he can pass, he can dribble.

“He can defend but he just makes too many silly mistakes which makes it for an opponent.”

Last week, Luiz put pen to paper on a new one-year contract at the Emirates that will see him through to the end of the 2020-21 season.