LIVERPOOL have reportedly moved ahead of Manchester City in the race for Kalidou Koulibaly by offering Dejan Lovren as part of a transfer.

Italian outlet Tuttosport claim the Reds believe they can get Napoli to lower their £90million asking price for the Senagalese by offering them the former Southampton defender. 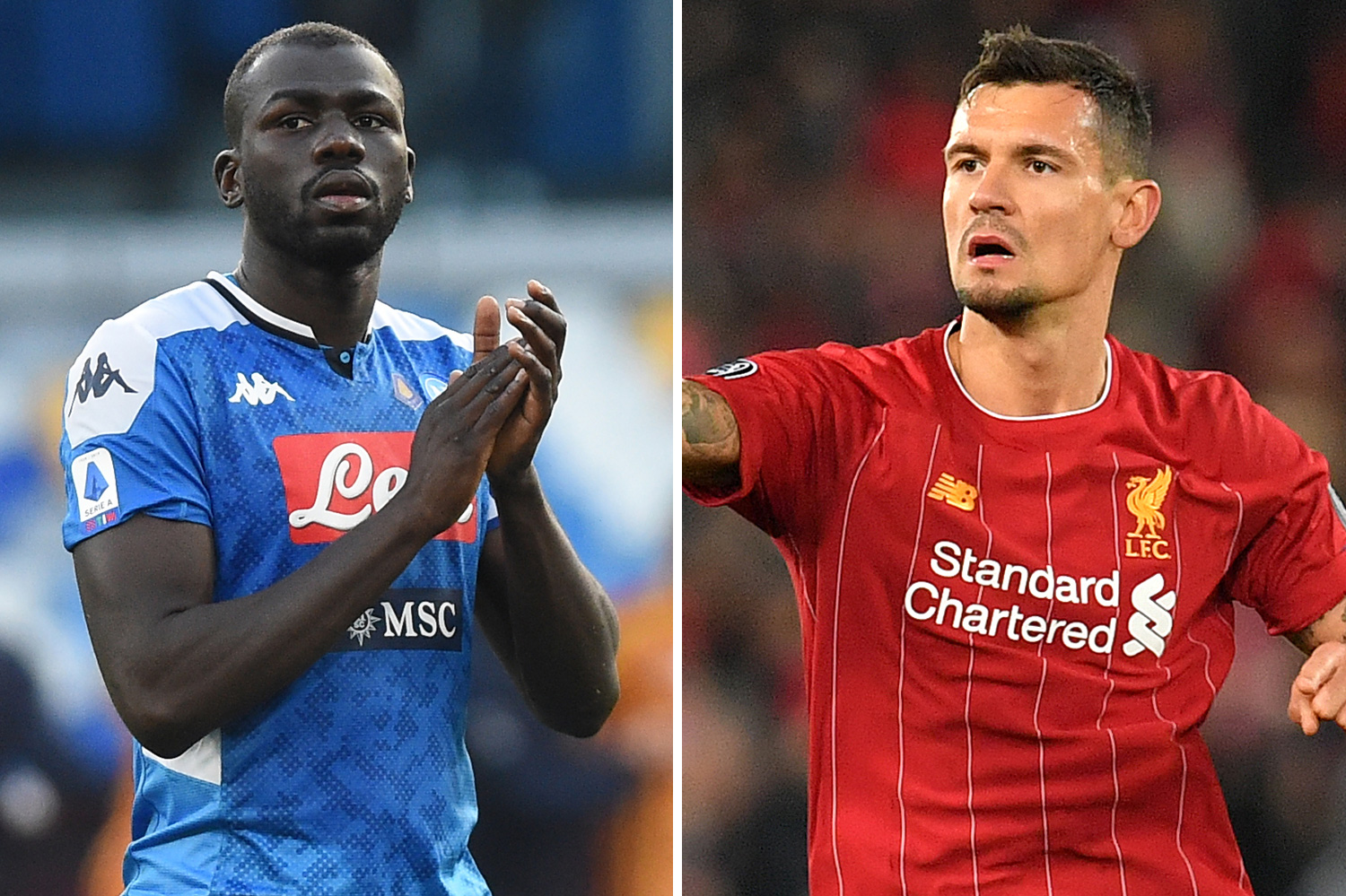 Croatian Lovren, 30, has made just 10 Premier League appearances for the champions this season and has a year remaining on his contract at Anfield.

Napoli president Aurelio De Laurentiis previously claimed that the club would reject any bids of less than £60m for Koulibaly and were determined to hold onto the player.

Yet a reported desire to work with Pep Guardiola has pushed the centre-back towards the exit door.

City were thought to be leading the race for the 29-year-old and were said to have already agreed a deal worth over £72million.

That came after Liverpool had a £54m approach knocked back, according to Italian media.

Senegal international Koulibaly joined Napoli from Genk in 2014 and has been instrumental in a number of Serie A title challenges, as well as their Coppa Italia win earlier this month.

Striking an early blow in the transfer window by landing his signature could be vital to Guardiola’s ambitions of wrestling back the title after Liverpool were crowned champions with seven games to spare.

But Jurgen Klopp is also looking for ways to improve his squad and is looking to strengthen at the back with Lovren set to leave the club this summer.

Liverpool were hoping to get just under the £20m they paid Southampton for the defender back in 2014 amid interest from Arsenal and Tottenham.

Despite being a regular starter in his opening four seasons at Anfield, he has dropped down the pecking order in Klopp’s side.

Joe Gomez is the first-choice partner for Virgil van Dijk at the back with Joel Matip also ahead of Lovren.