THIAGO ALCANTARA is desperate for Philippe Countinho to stay at Bayern Munich next season in a massive transfer blow to Chelsea.

Coutinho has spent the current campaign with the Bundesliga champions with Barcelona looking to sell the Brazilian. 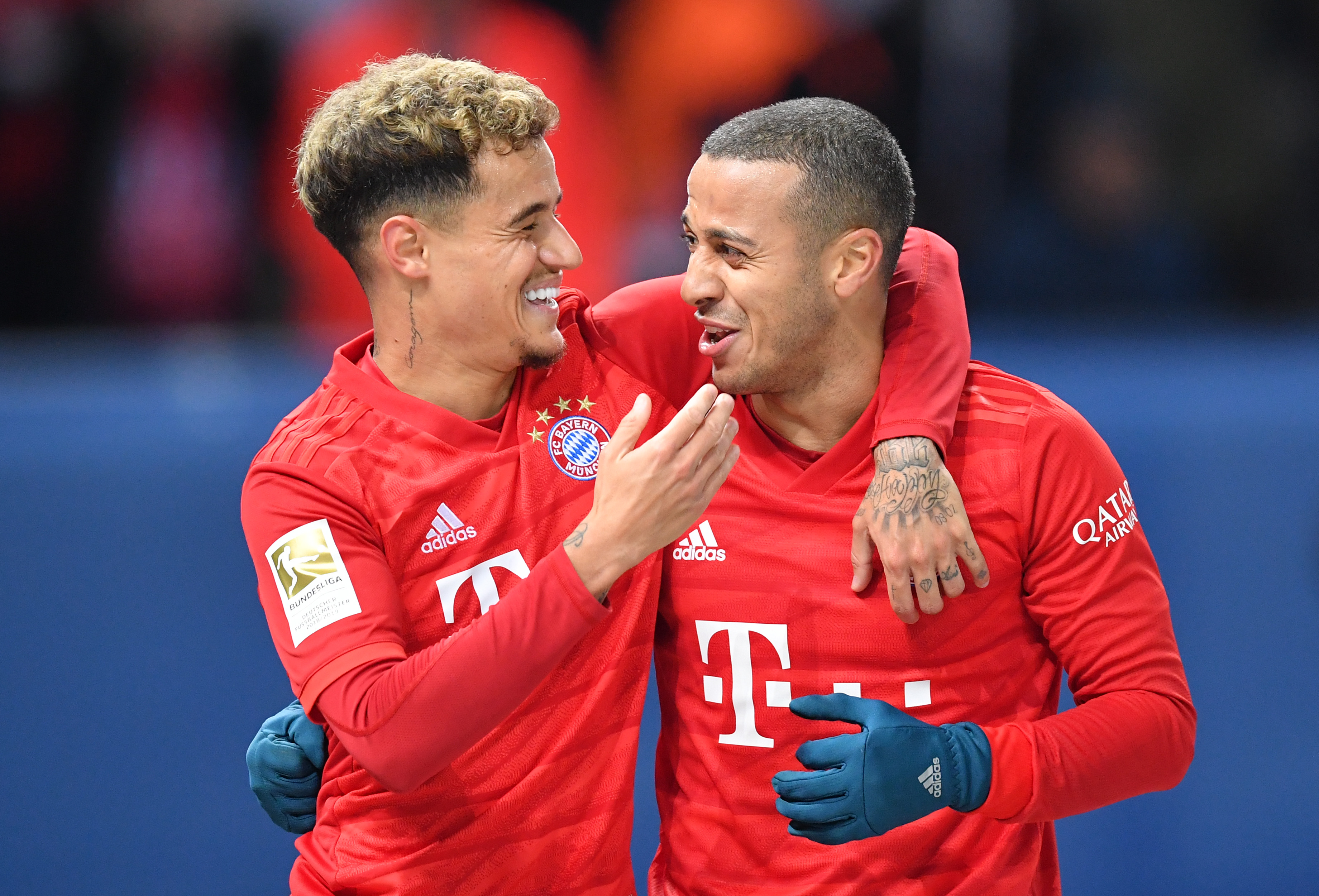 Bayern have so far seemed unwilling to meet the £100milliom price tag needed to make the 27-year-old’s move permanent, leading to speculation the ex-Liverpool star could be heading back to the Premier League.

But midfielder 29-year-old Thiago will look to convince Bayern and Coutinho to keep the partnership going after heaping praise on his team-mate.

He told Catalan newspaper La Vanguardia: “I know him well, he’s very good. I’ve seen him play since he was 12 years old.

“I played against him in Brazil at football sala and I loved him.

“He lacks nothing. I like to play with players at a top level and he’s a phenomenon. He’s a great guy, really hard working, with unbeatable technique and incredible finishing.

“Players go through good moments and some not so good ones and he brings us a lot. We hope he’s here next season too.”

Thiago himself was linked with a move away from Munich, but has since agreed a new contract extension, according to Bild.

But with nine goals and eight assists for Coutinho before the season was suspended amid the coronavirus pandemic, Bayern are yet to make a move to sign him permanently.

Chelsea are said to be leading the race having made contact with the player, but they are joined also by Manchester United, Tottenham and Arsenal.