ODION IGHALO scored his first goal for Manchester United and dedicated the moment to his late sister Mary.

The Nigerian striker was on hand to poke past Simon Mignolet in the Club Brugge net as the Red Devils dominated the ten-man Belgians at Old Trafford. 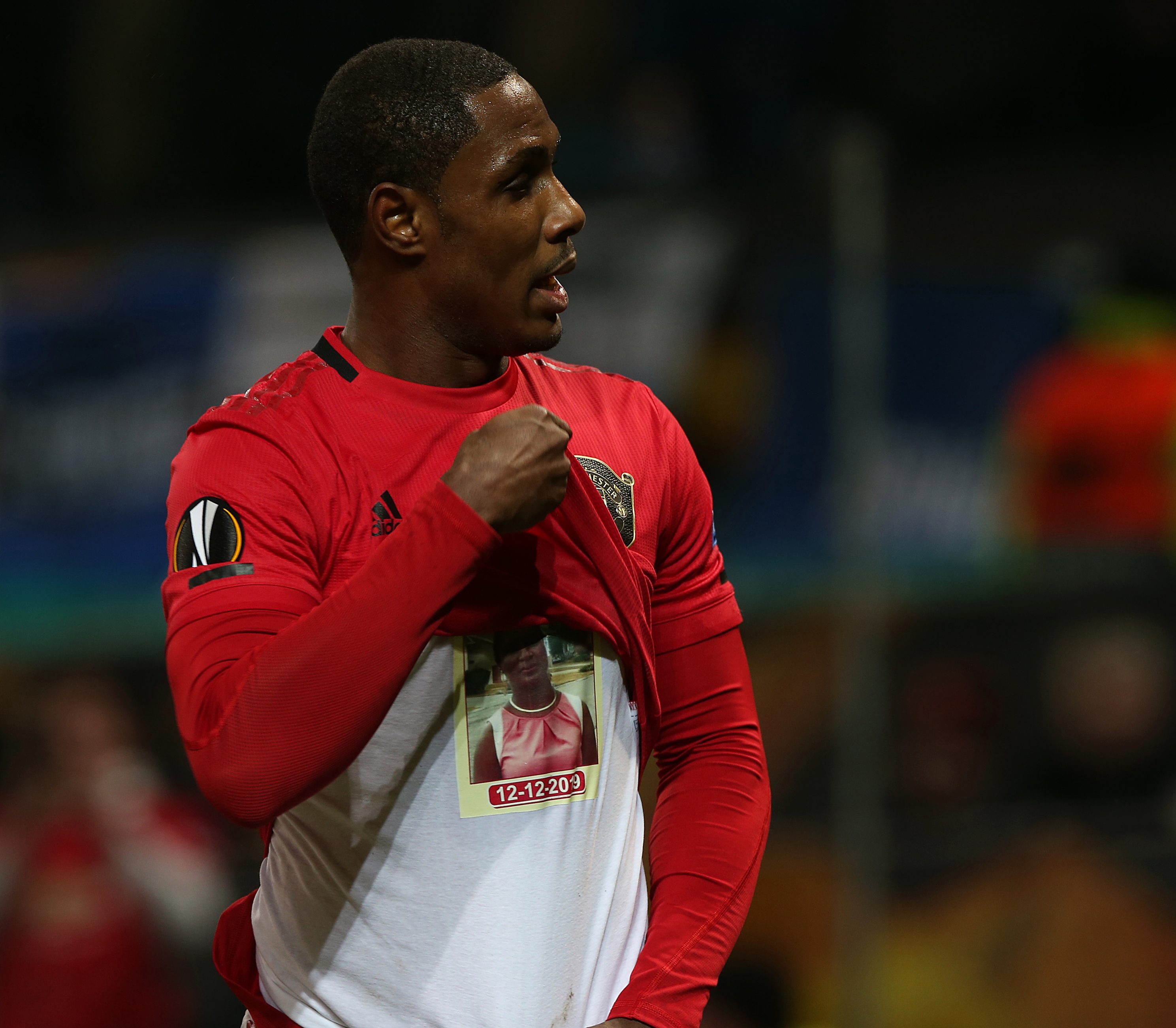 Ighalo – who signed for United in a shock deadline day loan move from Shanghai Shenhua in January – then pointed to the sky and lifted up his shirt to reveal a message to his sister.

Mary was only 43 when she died in December and the Old Trafford loanee has her name inscribed into his boots.

Speaking about the tragedy of his sister’s death, Ighalo told SunSport this month: “I feel very emotional because it has not really struck me that my sister is gone forever and I am never going to see her again.

“Sometimes when I am alone and I just remember her, I have one sharp pain in my heart.

“My twin sister, Akhere, will call me, crying, saying she misses her and, sometimes when I am alone, I cry too.

“It is a very painful loss but I am trying to be strong as a man.” 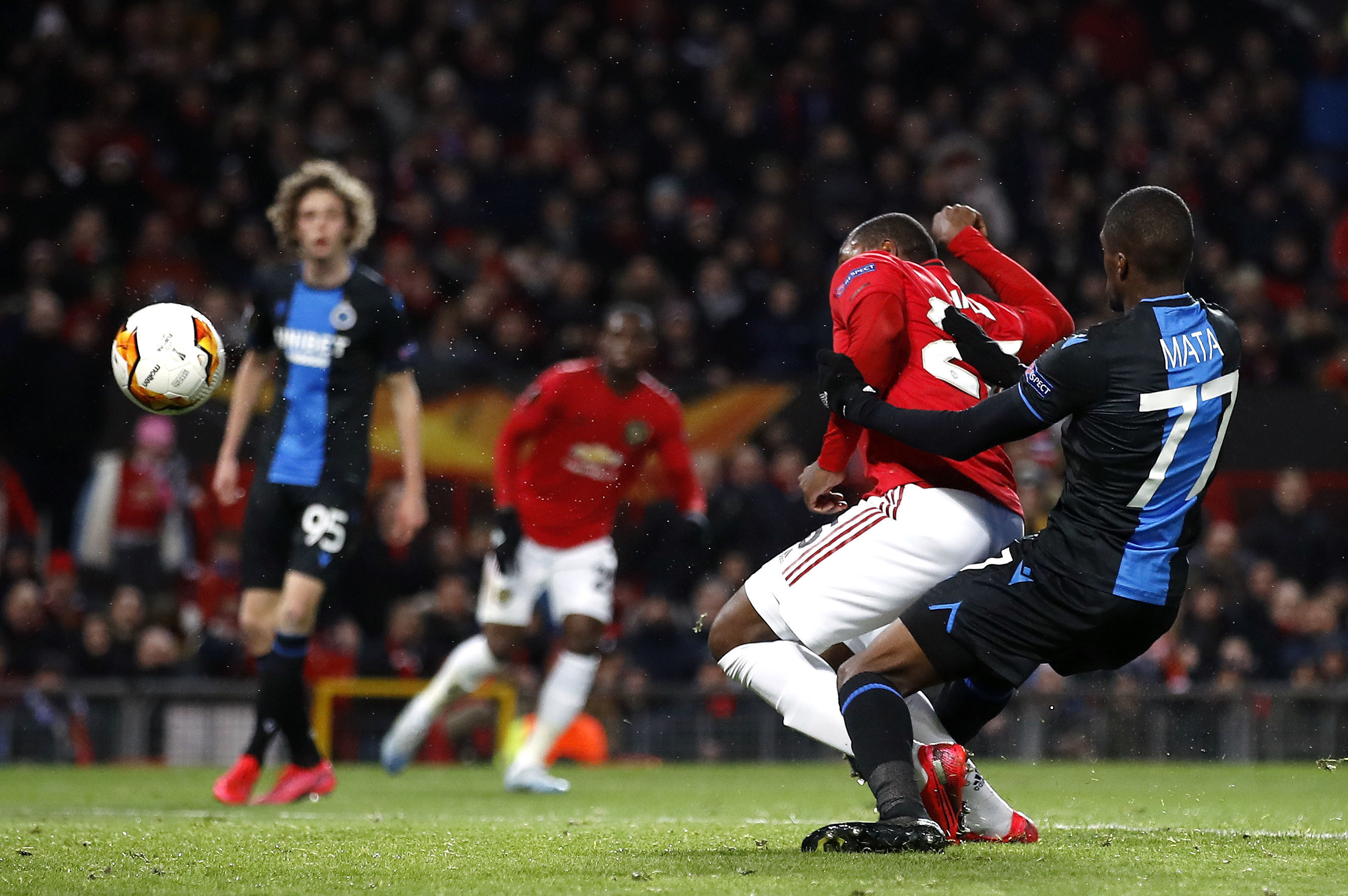 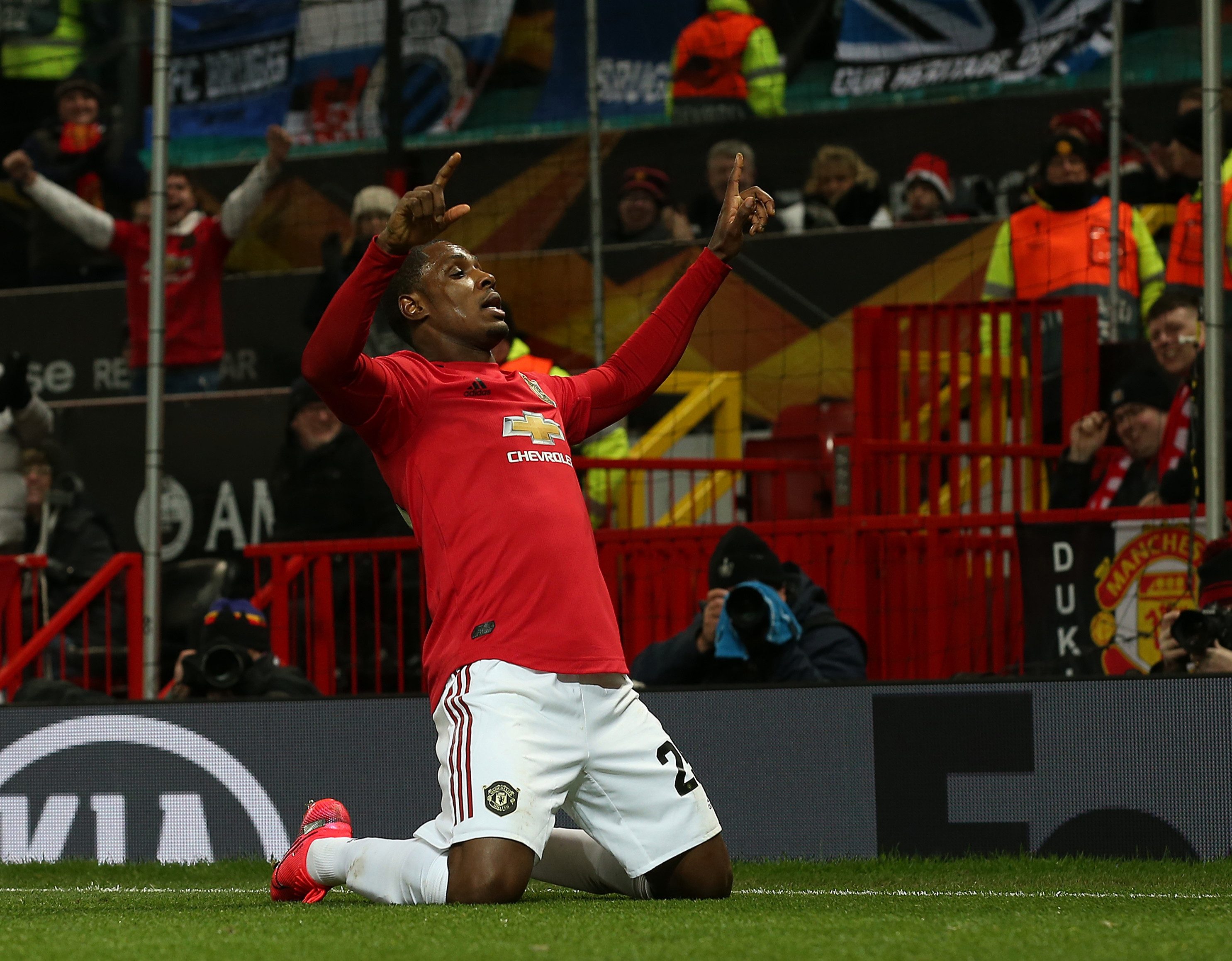 Ighalo pointed to the sky as he scored his goalCredit: Getty Images – Getty

Married Mary Atole collapsed at her home in Canada on the morning of December 12, just as she was getting her children ready for school.

Ighalo added: “It was a very painful moment.

“She just collapsed and died before the kids could even call for an ambulance. When the medics arrived they tried to revive her but she was already gone.”

His heartache is shared by Akhere, elder sister Beatrice, brothers Austin and Moses and mother Martina.

Ighalo said: “Although she was my older sister, Mary was like a mother to all of us.

“Even when I was young she would look after me. She tried to make everybody happy, make sure everyone was OK.”

Mary was a passionate United fan and framed picture of her in a Red Devils shirt, with her name on the back, hung on the wall of her home. 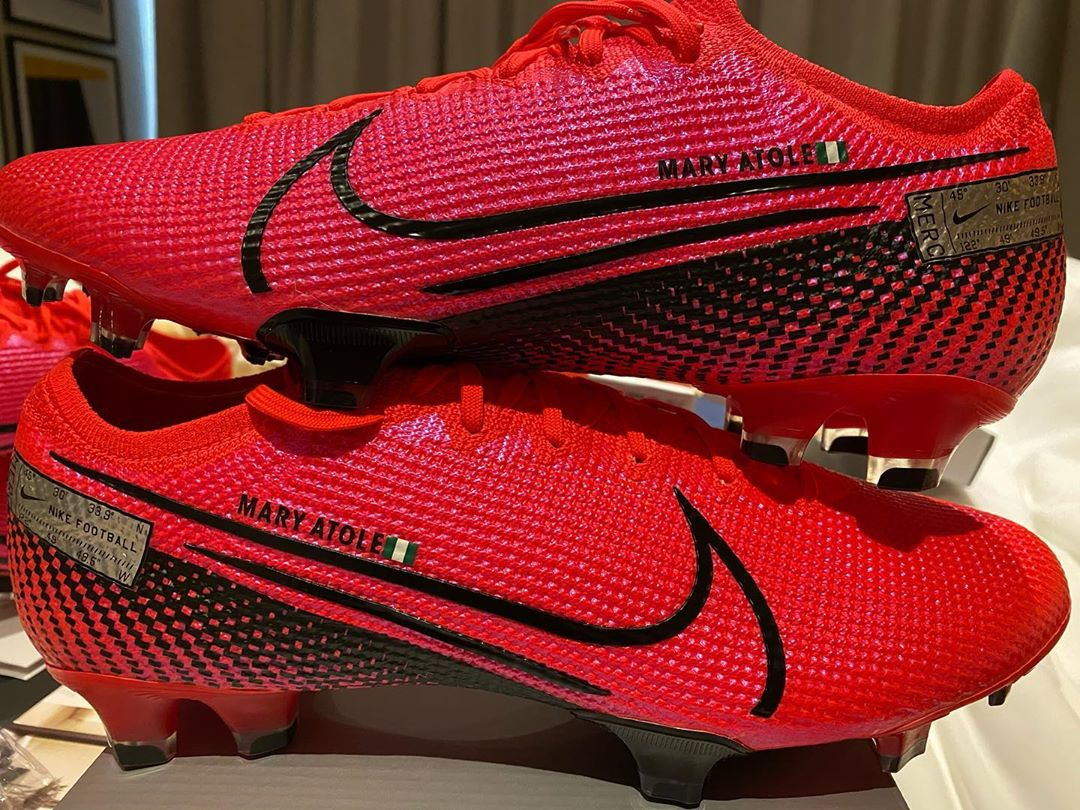 Loan signing Odion Ighalo will wear these boots inscribed with Mary’s name and will dedicate each goal he scores to herCredit: Instagram @ighalojude

They had grown up together in Ajegunle, a district in the heart of Nigeria’s capital city Lagos.

Ighalo added: “My sister was a strong United fan. All of us grew up watching Manchester United, we all supported them.

“Mary’s husband followed Chelsea, while their children were Manchester City and Liverpool fans, but she stayed loyal to United.

“She always prayed I would sign for United. Even when she came to watch me in the Premier League playing for Watford she hoped I would join United.

“The painful part for me is that I now HAVE signed for United, but she is not here to see it.

“However, I know she is up there watching me.

“That is why I am going to play with her name on my boots, so she is always with me at Old Trafford or in any game for Manchester United.

“Every goal I score from now until I finish my career will be dedicated to God and to her.

“It means she can feel me playing at Old Trafford, feel that dream we all prayed for, even though she is not here to see it.

“But she will be on my feet, assisting me on the pitch.” 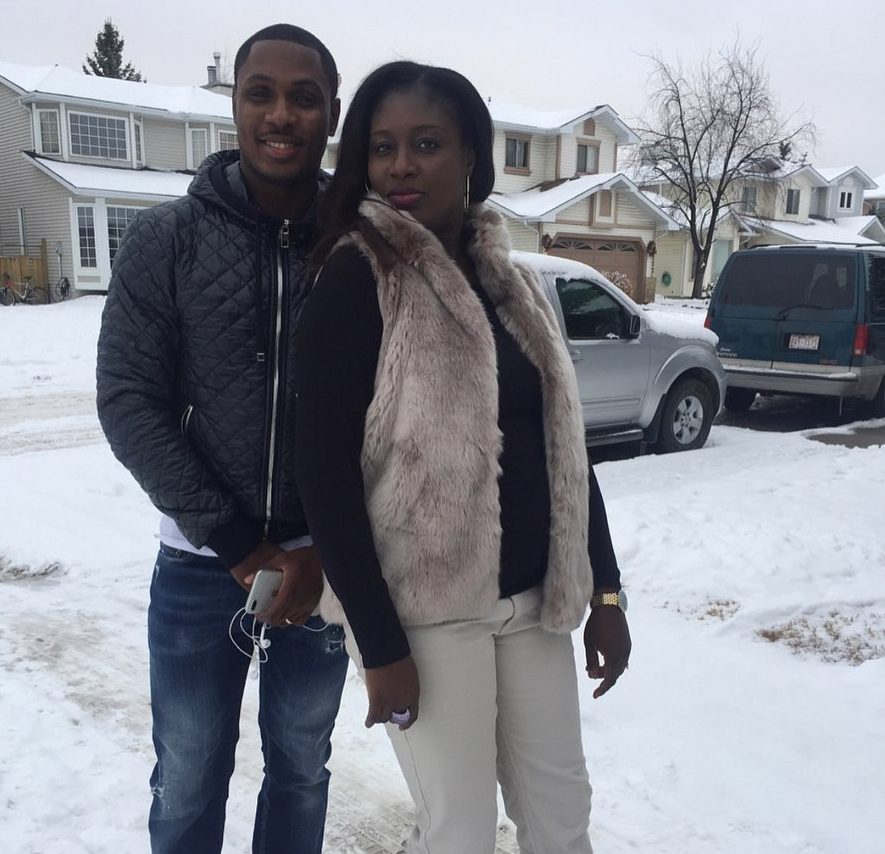 Man Utd new boy Odion Ighalo treasures the memory of his sister, Mary, who was only 43 when she died in DecemberCredit: Instagram @ighalojude 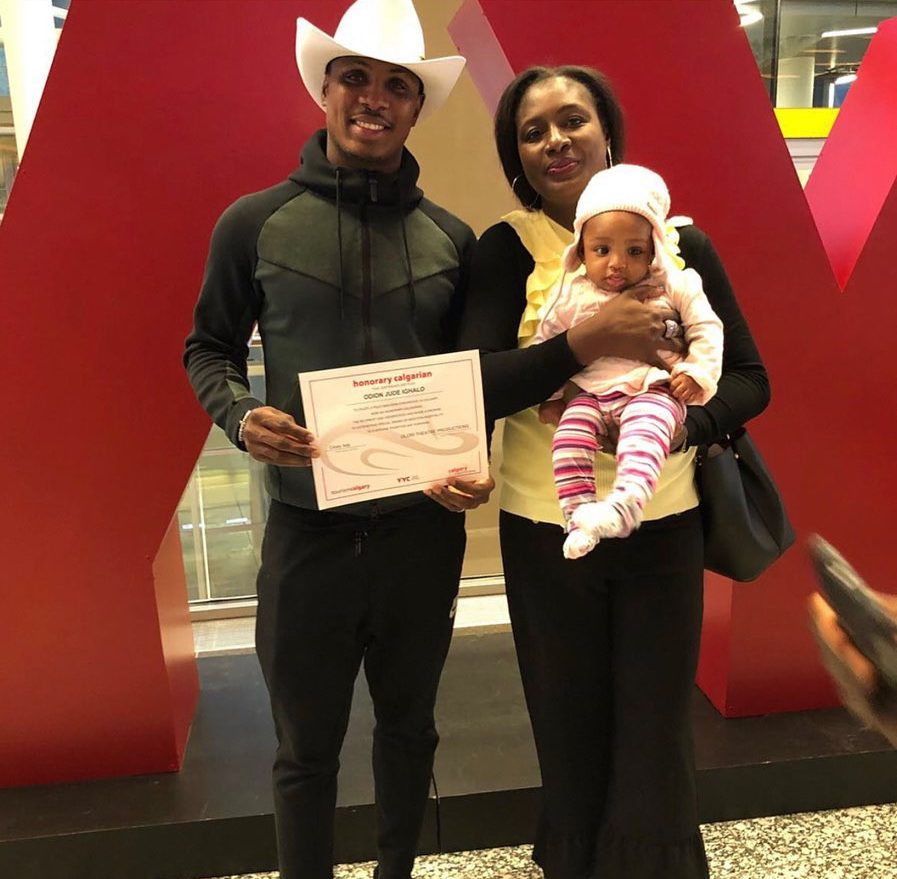 Striker Odion Ighalo, seen visiting Mary at her home in Canada, is still trying to come to terms with his sister’s deathCredit: Instagram @ighalojude 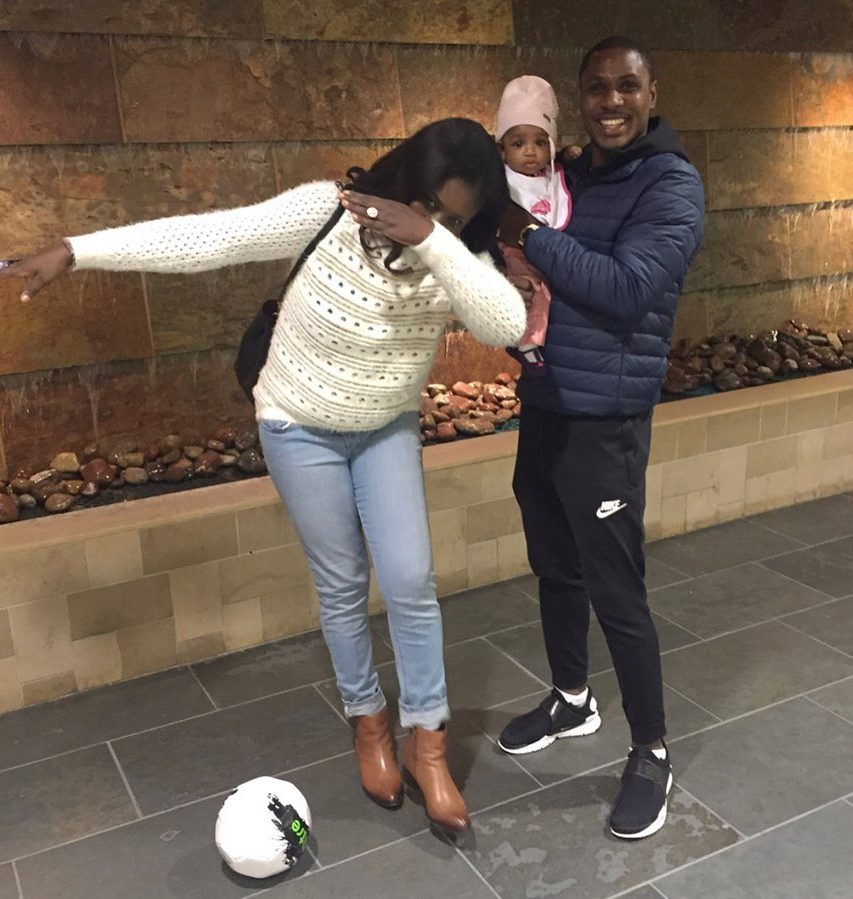 Mary was a Man Utd fan, just like Odion, and always hoped he would join themCredit: Instagram @ighalojude