REAL MADRID moved back to the top of LaLiga with a 1-0 away win against Espanyol.

Zinedine Zidane’s side put winning the title back into their own hands as Casemiro’s goal proved the difference between the two sides. 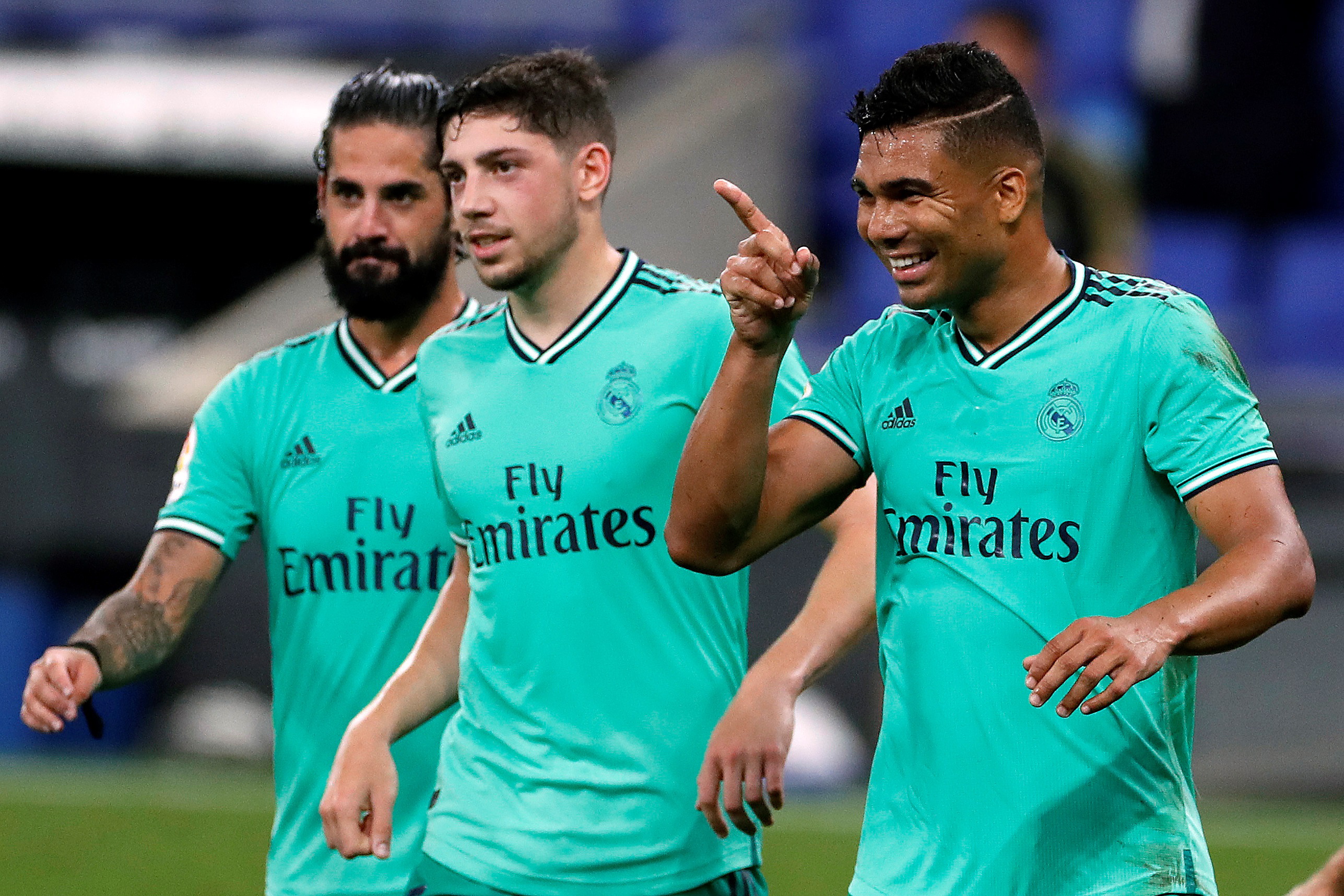 Casemiro points to Karim Benzema for a wondrous assist for the goalCredit: EPA 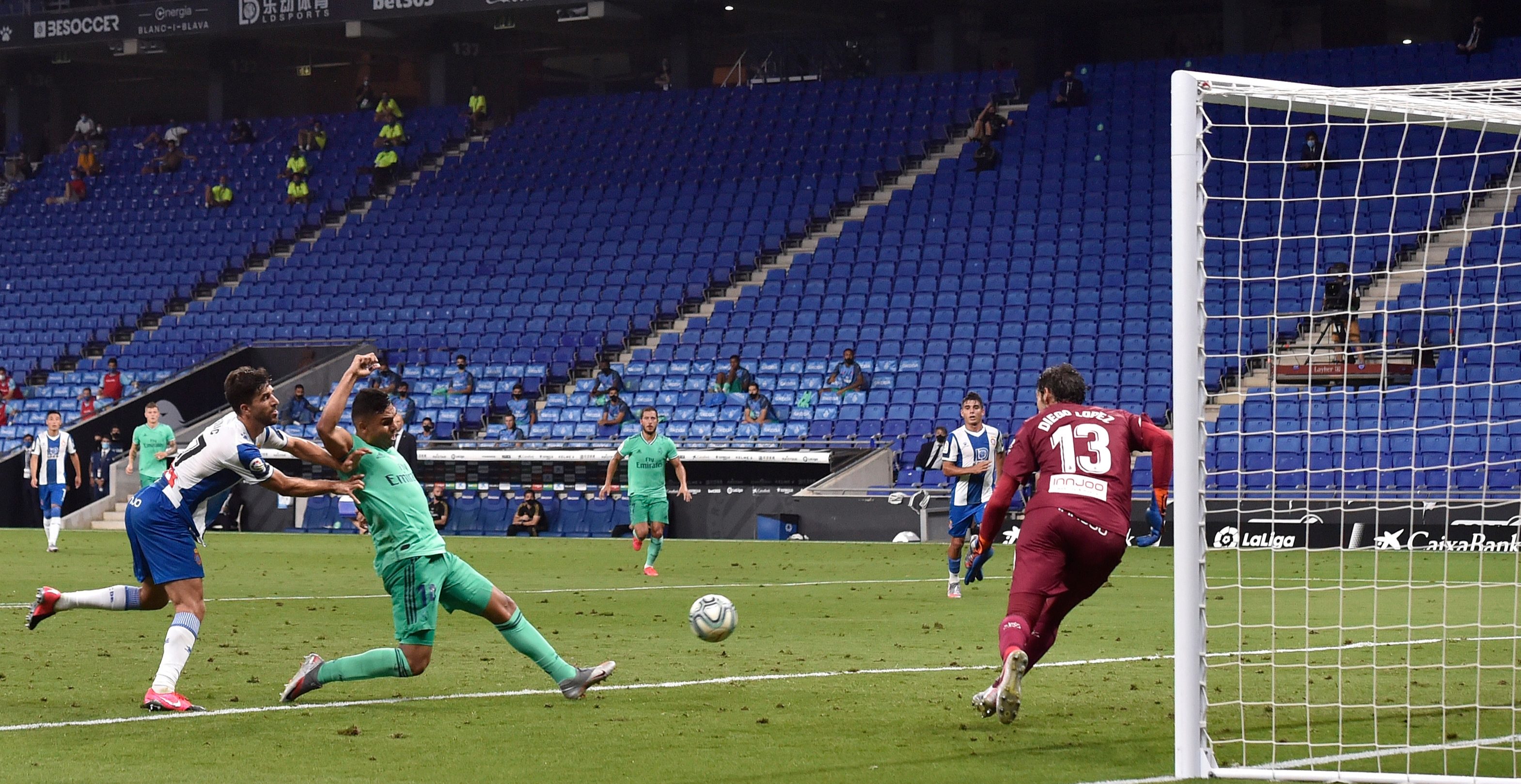 Casemiro scored the only goal of the game as Real Madrid moved back to the top of the LaLiga tableCredit: Getty Images – Getty

After Barcelona dropped points by drawing 2-2 away at Celta Vigo on Saturday night, it means Real Madrid are now two points clear at the top.

They also hold the crucial head-to-head tiebreaker after winning one and drawing the other of this season’s Clasicos.

Madrid sneaked into a 1-0 lead thanks to an outrageous back heel from Karim Benzema.

The French striker teed up Casemiro to smash home right on the stroke of half-time.

Madrid were probably deserving of the lead after fashioning more clear-cut chances.

Relegation-bound Espanyol started very brightly but failed to capitalise and now face a tough ask to pull themselves clear of the drop zone.

Real Madrid will also be pleased to see how things appear to be imploding over at fierce rivals Barcelona.

Furious Barca players were involved in a heated row with manager Quique Setien after the draw with Celta Vigo, according to reports in Spain.

Barca stars were said to be unimpressed with several Setien decisions in the 2-2 draw – including the introduction of Antoine Griezmann and Arthur Melo in the second half.