DAVID LUIZ is set to undergo a scan on his ankle after the Arsenal defender limped off against Sheffield United.

The Brazilian was forced off in the 54th minute in an innocuous incident when he let the ball run off for a goal kick. 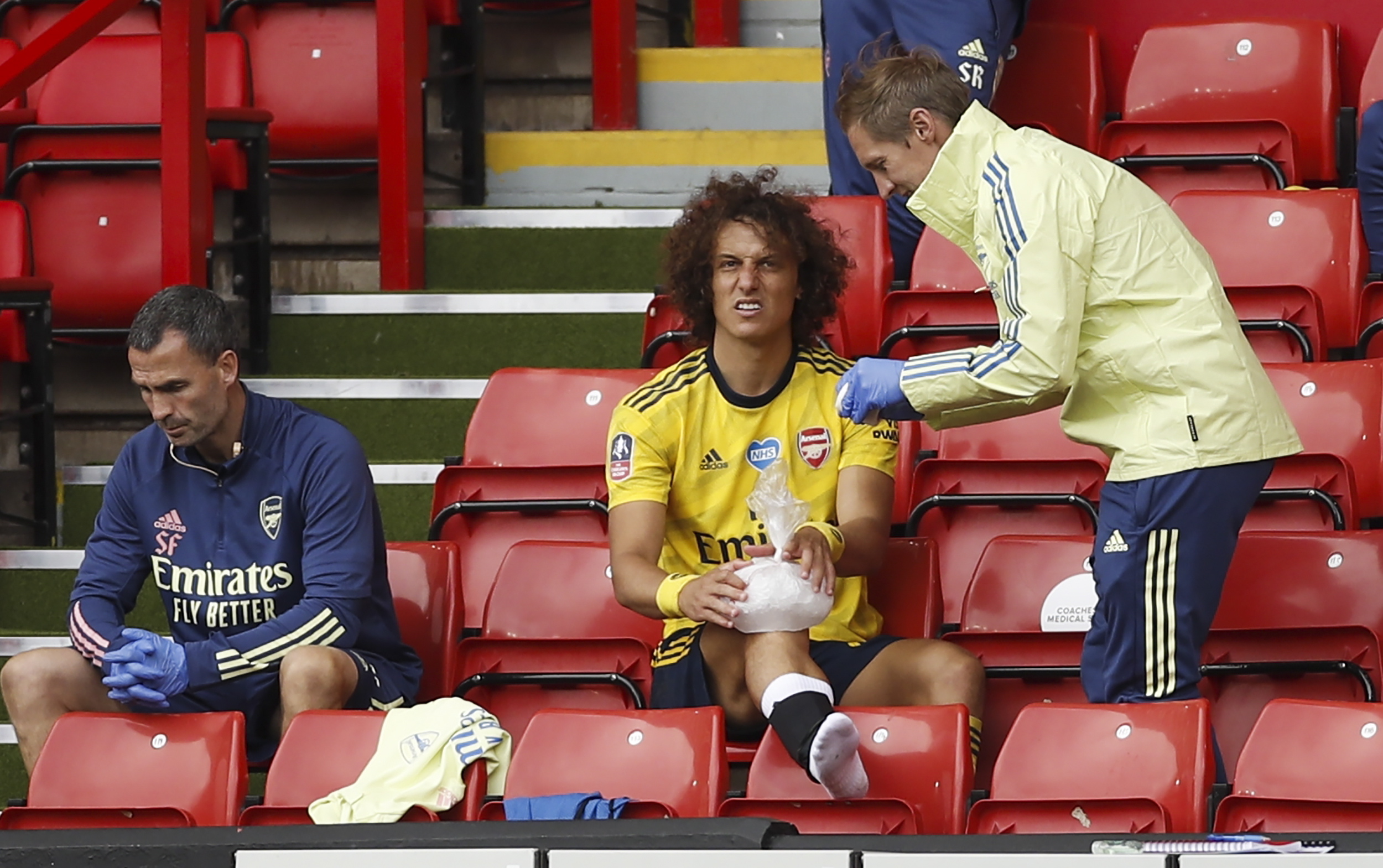 David Luiz is set to undergo a scan on his ankle after he came off injured against Sheffield UnitedCredit: EPA

Luiz immediately signalled to the bench before being taken off and was later seen icing his ankle in the stands at Bramall Lane.

Arteta revealed after the game: “He has hurt his ankle. He will get assessed tomorrow but he was in pain.”

Arsenal reached the semi-final of the FA Cup after a 2-1 win.

Nicolas Pepe opened the scoring from the penalty spot, before the Gunners appeared to throw it away late on.

David McGoldrick pounced on some truly awful defending following a mix up in the Arsenal defence from a long throw. 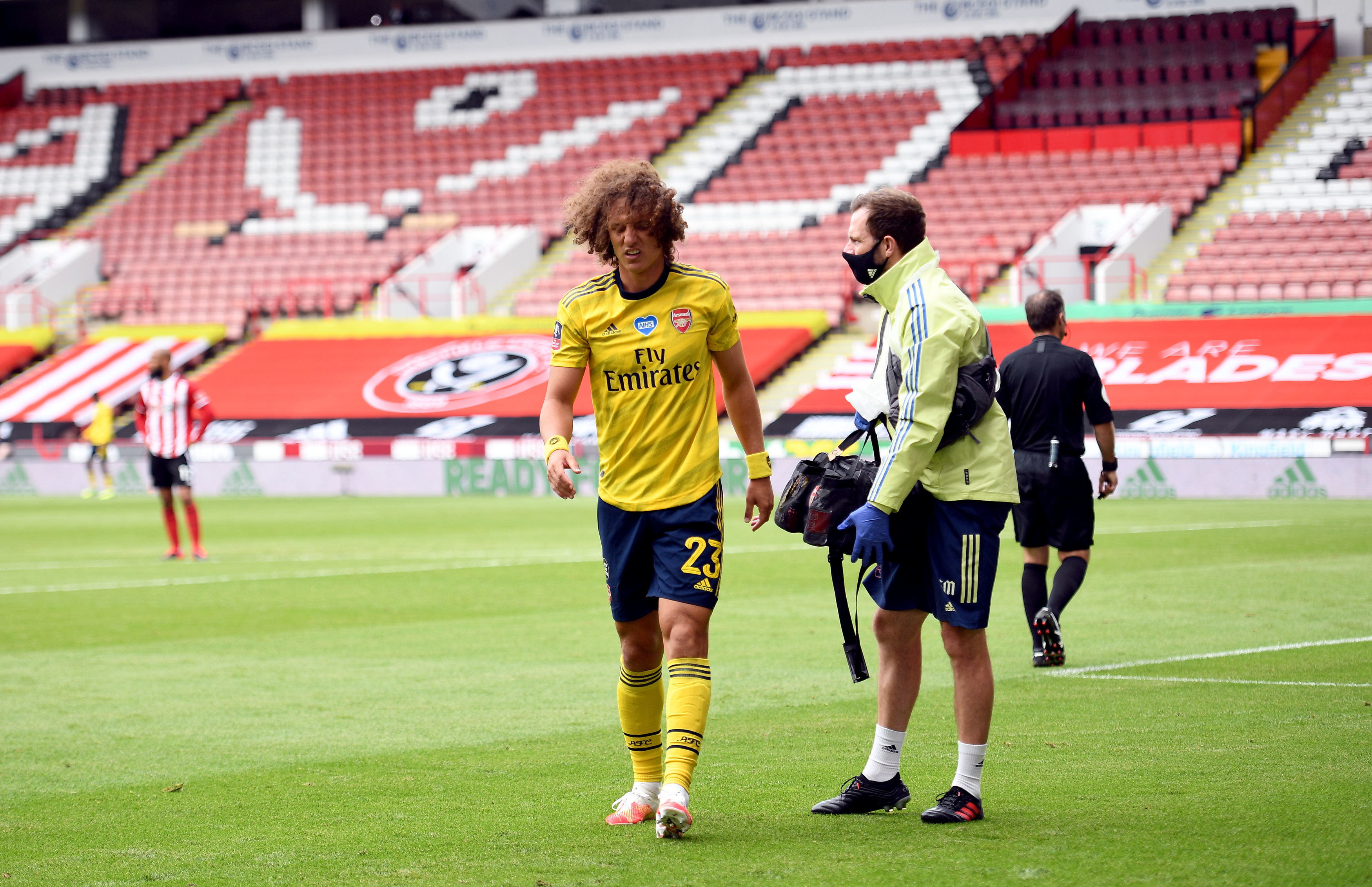 Luiz hurt his knee while letting the ball run out for a goal kick and immediately signalled to the benchCredit: PA:Press Association

But Ceballos spared the visitors, slotting home from close range in the first minute of stoppage time.

It was Luiz’s first appearance since his horror return at Man City – where he was at fault for two goals and shown a red card.

Team-mate Shkodran Mustafi said: “He is a fantastic team-mate who brings a lot of life into the dressing room.

“His career speaks for himself. If you win what he has won then you have done something right.

“For me he is a big personality and I am happy to have him in the team.”

But former Arsenal striker Robin van Persie was not so kind on the former Chelsea defender.

He told BT Sport before the game: “With David Luiz, if he was 24 or 25 you would say he is potentially world class. But he is not. He is 33.

“He has all the skills too because he is confident on the ball, he can pass, he can dribble. He can defend but he just makes too many silly mistakes which makes it easy for an opponent.

“If you play against him, I would go at him, almost try to bully him and to make physical contact with him and move around him and try to tease him a little bit because he is vulnerable.

“The first job you have to do is to defend, be solid and be trustworthy. If you have extra, you can dribble, do some nice passes perfect but he needs to focus on his job.”