LEWIS HAMILTON and Sebastian Vettel could be set for a sensational switch that would rock F1.

Ferrari are set to reignite their interest in Hamilton after Vettel announced he was quitting the Italian team at the end of this season. 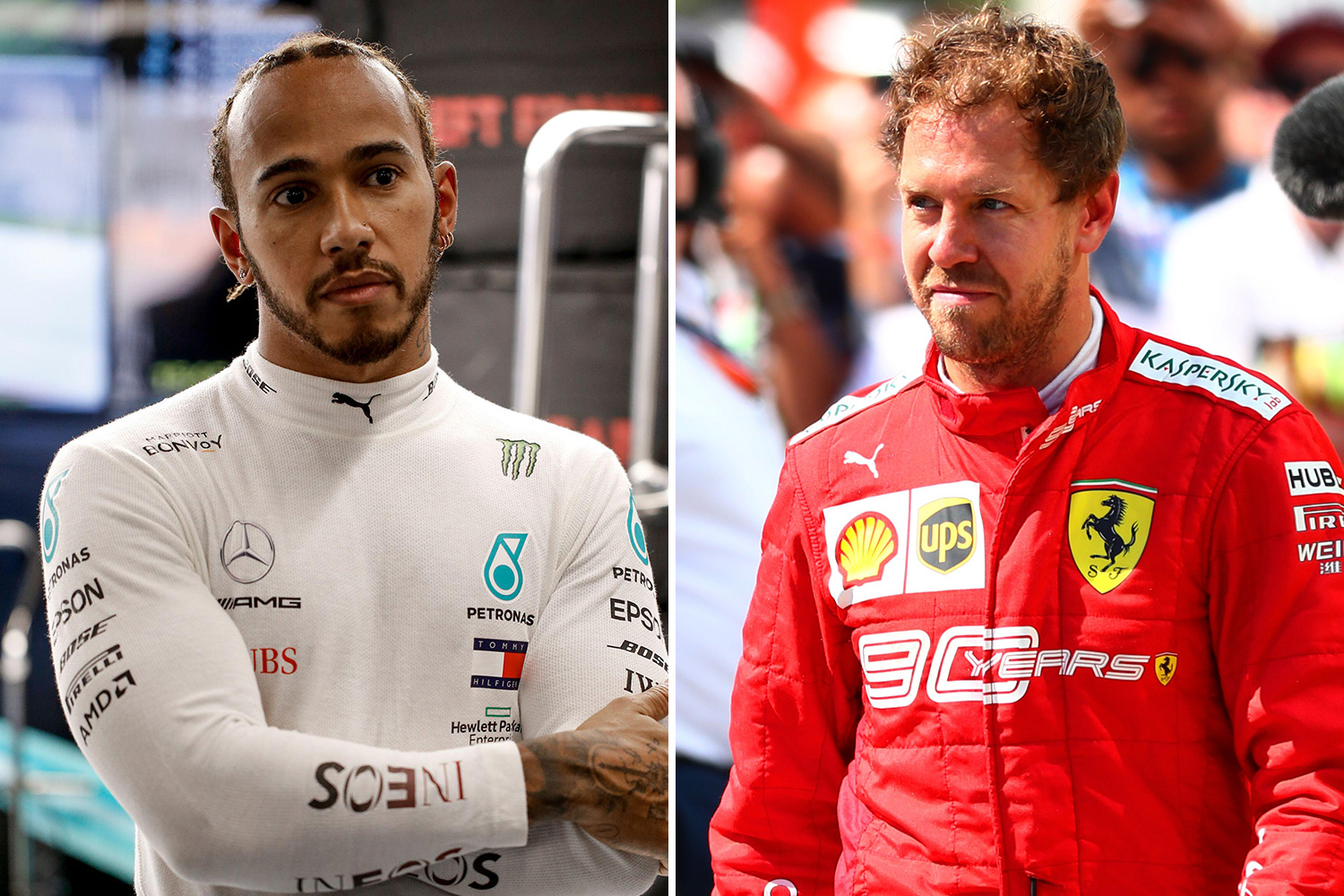 And in a remarkable twist, Mercedes chief Toto Wolff has hailed Vettel as an “asset” before hinting he could make a move for the four-time world champion.

Hamilton has been linked with Ferrari since the end of last year after meeting the Italian company’s chairman, John Elkann.

The Brit has since distanced himself from the Italian team but – crucially – has not yet signed a new Mercedes deal, just like team principal, Wolff.

Ferrari, who already have Charles Lecelrc under contract until 2024, will now test Hamilton’s resolve with a new offer, if only to gauge his interest.

And now Wolff, who says his team’s priorities are to Hamilton and his teammate, Valtteri Bottas, says he cannot ignore Vettel’s availability for 2021.

He said: “Sebastian is a great driver, a major personality and an asset to any Formula One team.

“When looking to the future, our first loyalty lies with the current Mercedes drivers, but naturally we must take this development into consideration.”

Vettel’s bombshell decision to leave Ferrari comes less than a month after he implied he was staying put.

The 32-year-old insists his decision to quit the team had nothing to do with money, raising speculation about his status as the team’s No.1 driver.

Vettel said in a statement: “The team and I have realised that there is no longer a common desire to stay together beyond the end of this season.

“Financial matters have played no part in this joint decision. That’s not the way I think when it comes to making certain choices and it never will be.

“What’s been happening in these past few months has led many of us to reflect on what are our real priorities in life.

“One needs to use one’s imagination and to adopt a new approach to a situation that has changed.

“I myself will take the time I need to reflect on what really matters when it comes to my future.”

Vettel had a huge fall out with the Maranello-based team last season when he was outclassed by Leclerc.

While Leclerc’s is the team’s new posterboy, Vettel’s form plunged and he will leave Ferrari under a cloud.

With just 14 wins so far in his 102 races for the Scuderia, his ciricis will suggest he quit under the pressure of Leclerc, just as he left Red Bull when he came under pressure from Daniel Ricciardo.

Vettel now has to secure his place on the grid for 2021, but with suitable options limited, he could simply retire.