THE salaries for all 20 Formula One stars have been revealed, with Lewis Hamilton the top earner pocketing £42million a year.

Mercedes star Hamilton – who tops the Sunday Times’ Rich List – earns well over TWICE as much as every other F1 driver except Vettel. 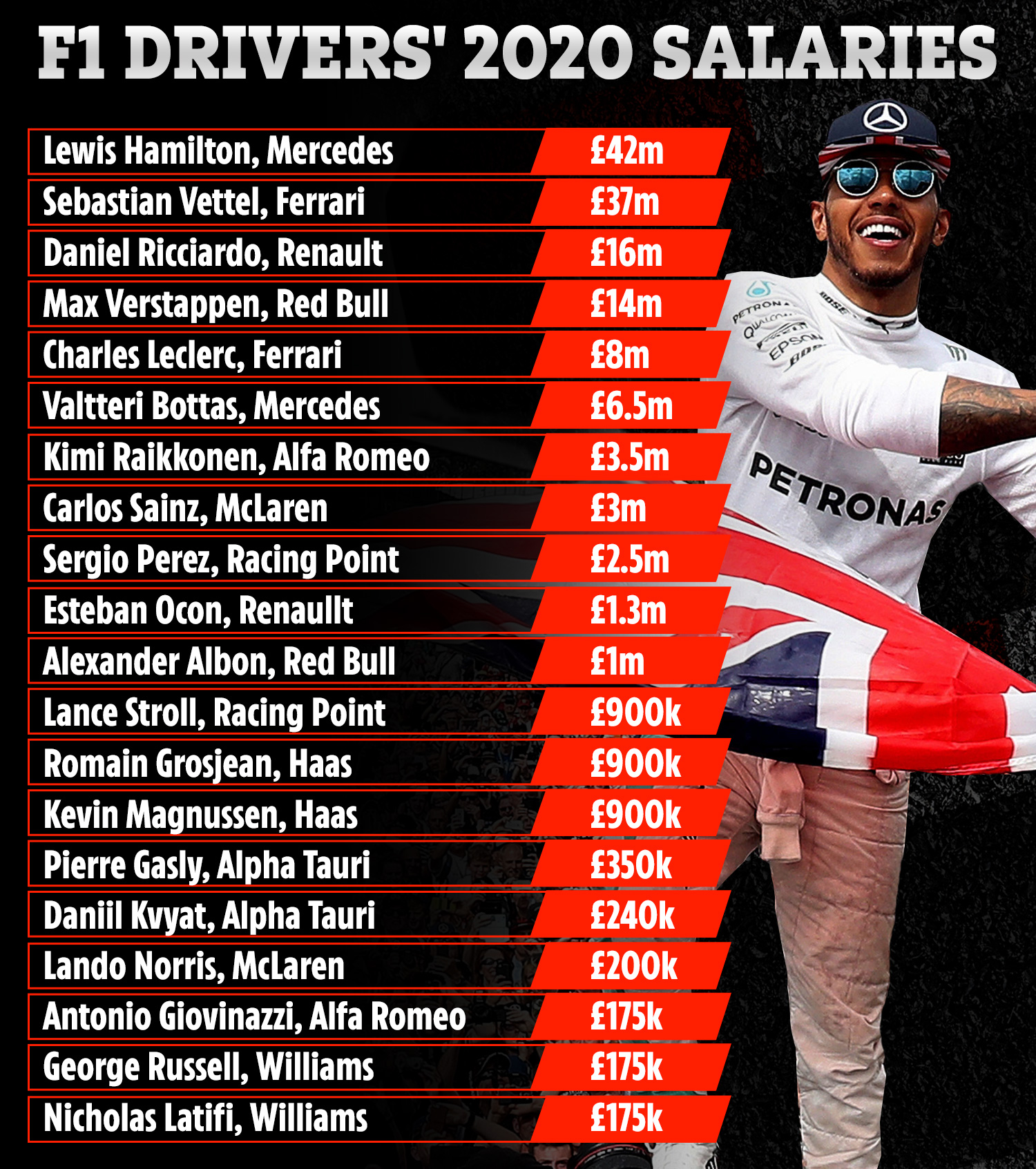 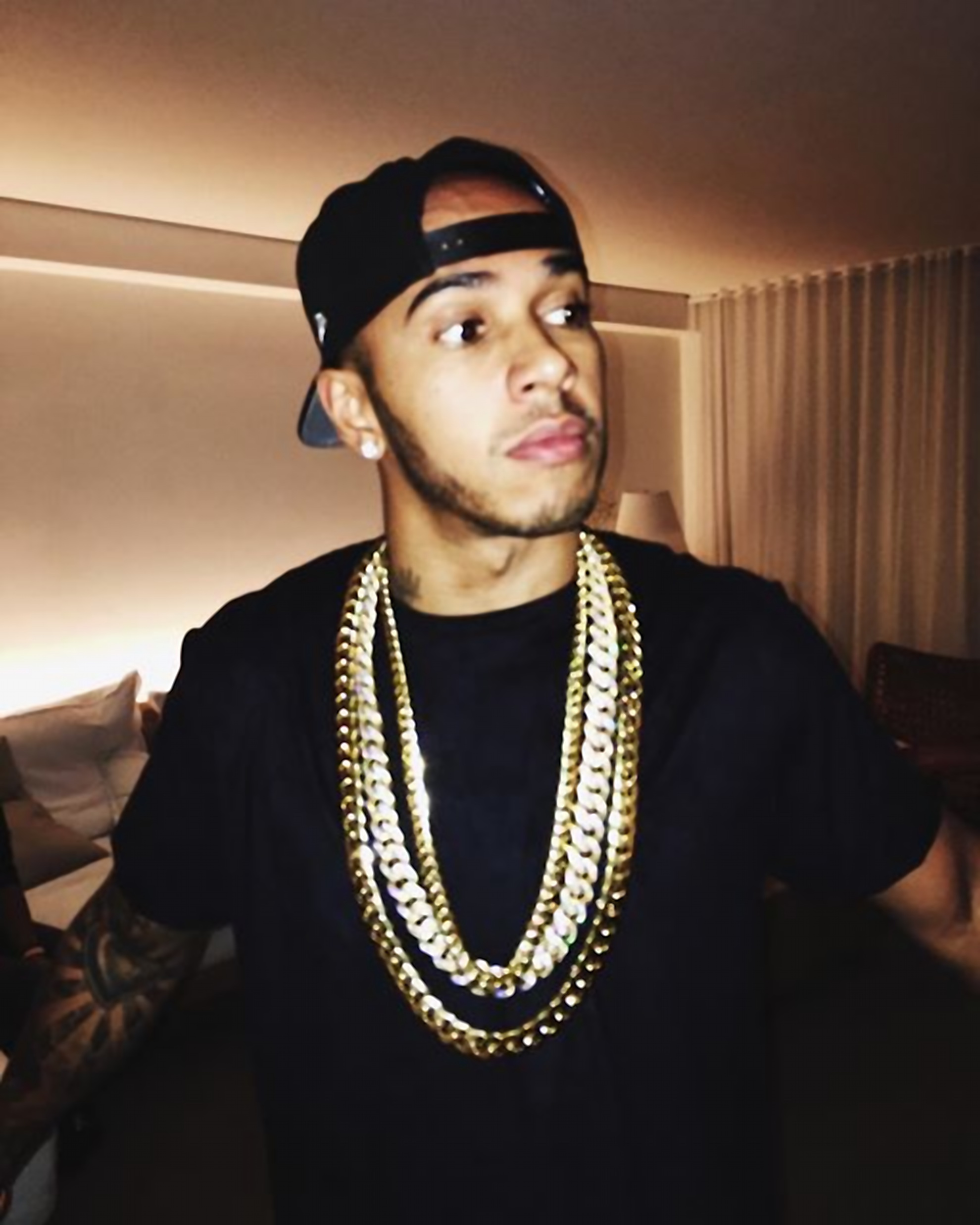 Lewis Hamilton rakes in £42m a year from his Mercedes deal

The German, who will quit Ferrari at the end of this season, takes in £37m per year – with the lowest earners pocketing just £175,000.

It’s a massive jump down to third place though, with Daniel Ricciardo – who will move to McLaren at the end of this season – way back on £16m.

Red Bull star Max Verstappen is the only other star to break the £10m per season barrier, on £14m.

McLaren youngster Lando Norris is not much higher either, on £200,000 per season.

Thursday was a big day for F1, with a number of racers announcing they will switch teams for the 2021 season – despite having not raced yet this season due to the coronavirus lockdown. 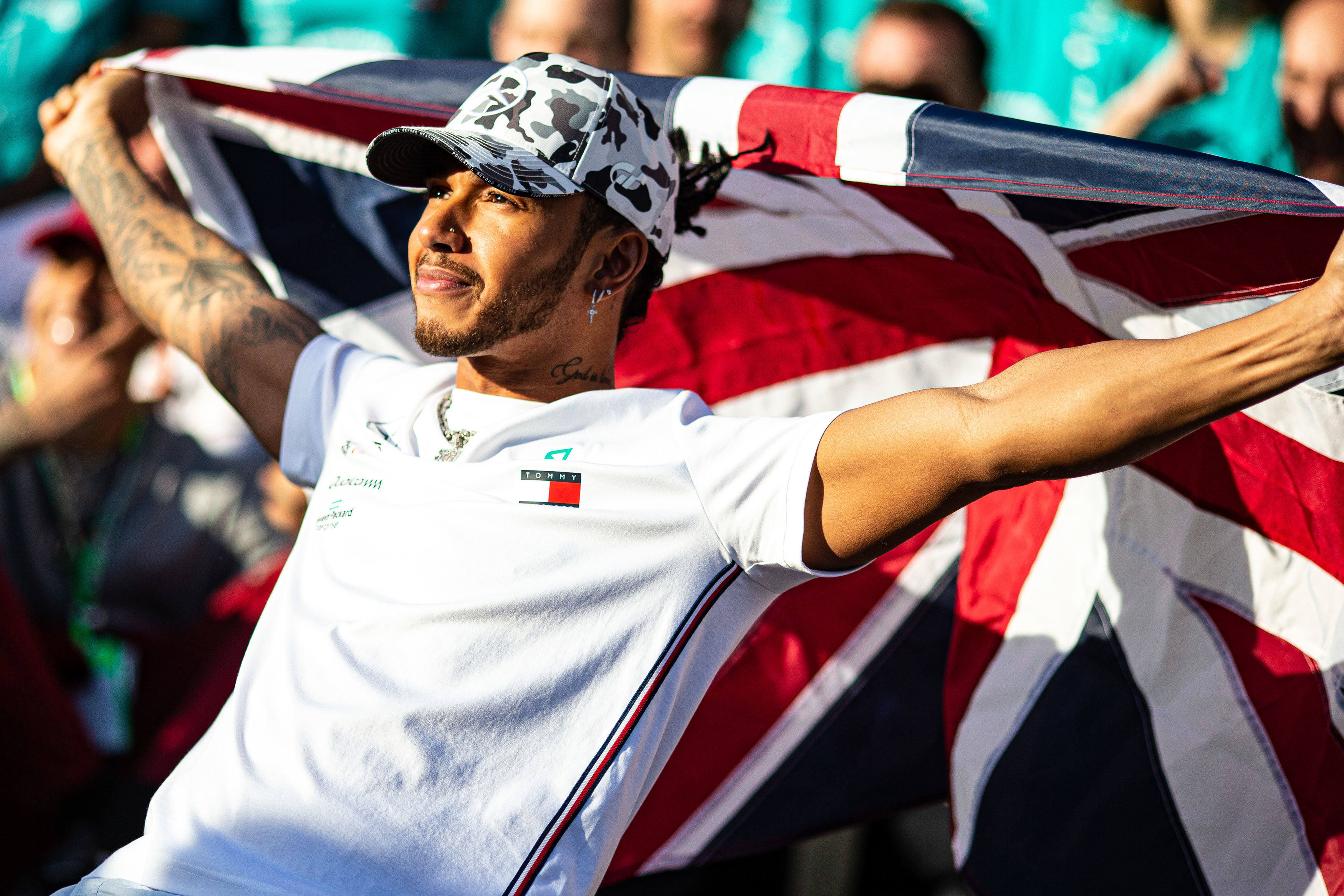 On Wednesday, Sebastian Vettel announced he would QUIT Ferrari, with Hamilton initially a shock contender to replace him.

But Ferrari revealed they had turned to McLaren star Sainz instead, with Ricciardo moving on from Renault to team up with Norris.

The big moves have given Hamilton – who was expected to leave Mercedes after this season – little option but to stay put.