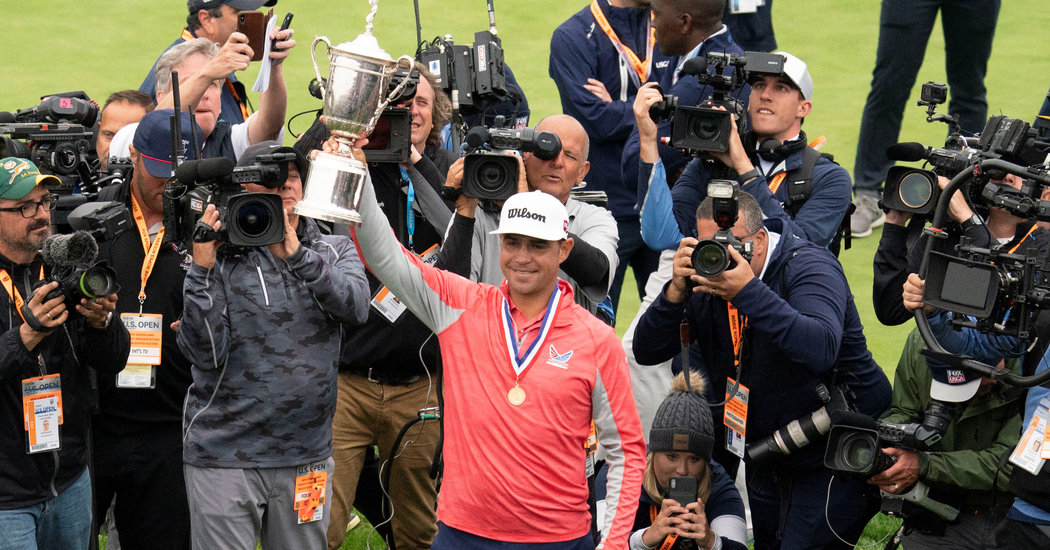 A cornerstone tradition of the United States Open was canceled on Monday for this year’s tournament. The United States Golf Association, which conducts the championship, determined that the vast system of qualifying rounds, which is held throughout America as well as in several other countries and customarily selects a wide swath of the field for its major tournament from thousands of entrants, was infeasible because of the coronavirus pandemic.

This year’s U.S. Open will host an all-exempt field. Players earn exemptions in myriad ways like being in the top 60 of the world golf rankings, or being a past champion of the event or another major championship. The U.S. Open, originally scheduled for mid-June at the Winged Foot Golf Club in Westchester County, N.Y., was postponed last month to Sept. 17 to 20. Other changes to the tournament are being weighed, including a significant reduction in the number of fans allowed on the golf course, or perhaps hosting the event without spectators.

Three other U.S.G.A. championships will also be held without qualifying rounds: the U.S. Women’s Open, which was postponed until Dec. 10 to 13, at the Champions Golf Club in Houston; the U.S. Women’s Amateur, scheduled for Aug. 3 to 9 at the Woodmont Country Club in Rockville, Md.; and the U.S. Amateur, which was scheduled for Aug. 10 to 16, at the Bandon Dunes Golf Resort in Bandon, Ore.

“We take great pride in the fact that many thousands typically enter to pursue their dream of qualifying for a U.S.G.A. championship, and we deeply regret that they will not have that opportunity this year,” John Bodenhamer, senior managing director of championships at U.S.G.A., said. “Throughout the process, our primary focus has been the safety and well-being of everyone involved, including our players, volunteers, host club representatives and staff.”

Bodenhamer added, “We have not taken these decisions lightly and wish we had more options.”

The U.S.G.A. on Monday also canceled four other 2020 championships, which brought the number of canceled championships sponsored by the association to 10.