DILLIAN Whyte is set to return to the ring in Eddie Hearn’s back garden to fight Alexander Povetkin on August 22 in a Matchroom Fight Camp finale.

The plush surroundings are a long way from how far he has come. 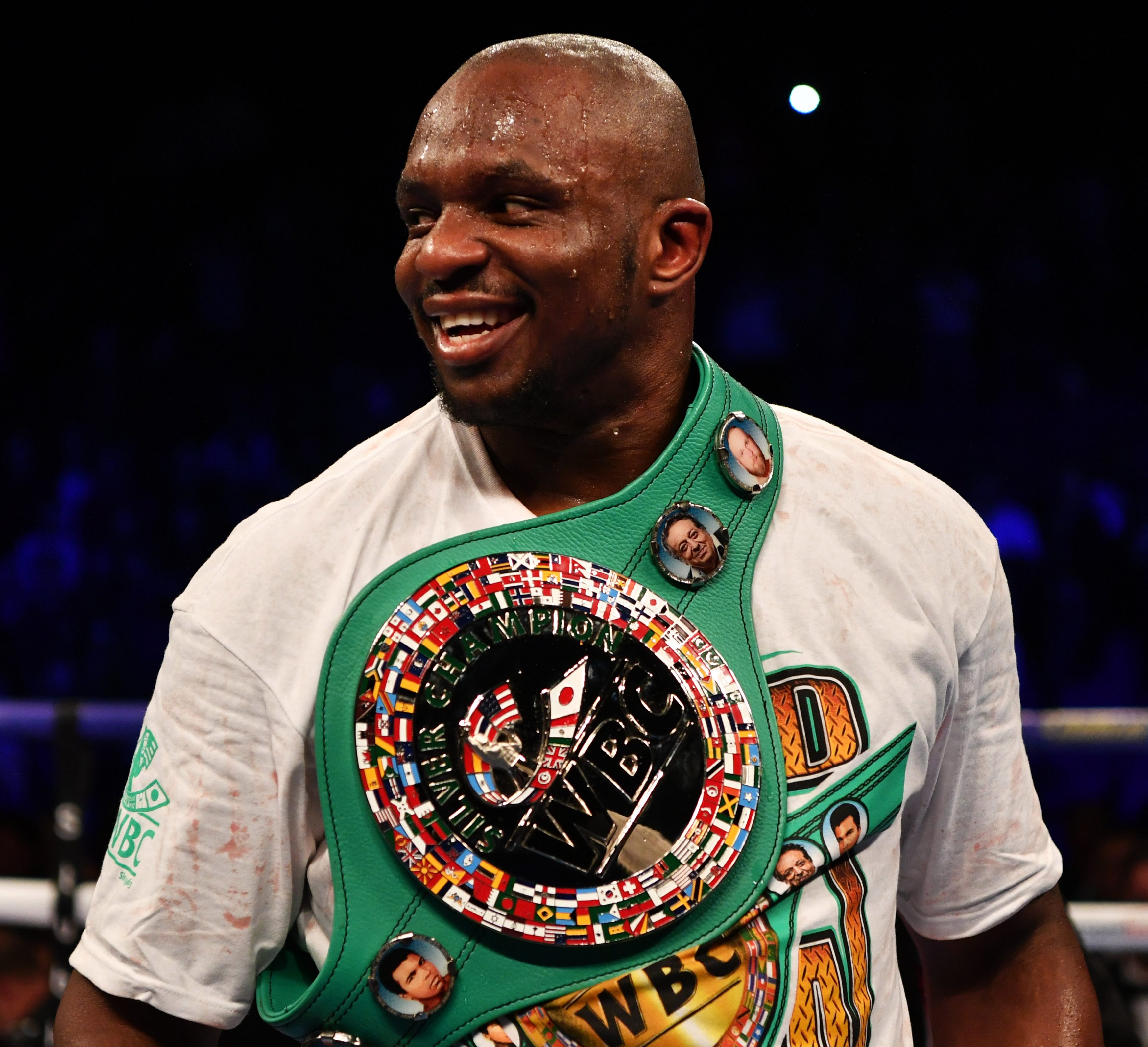 Dillian Whyte’s road to the glory has been anything but smoothCredit: Getty Images – Getty 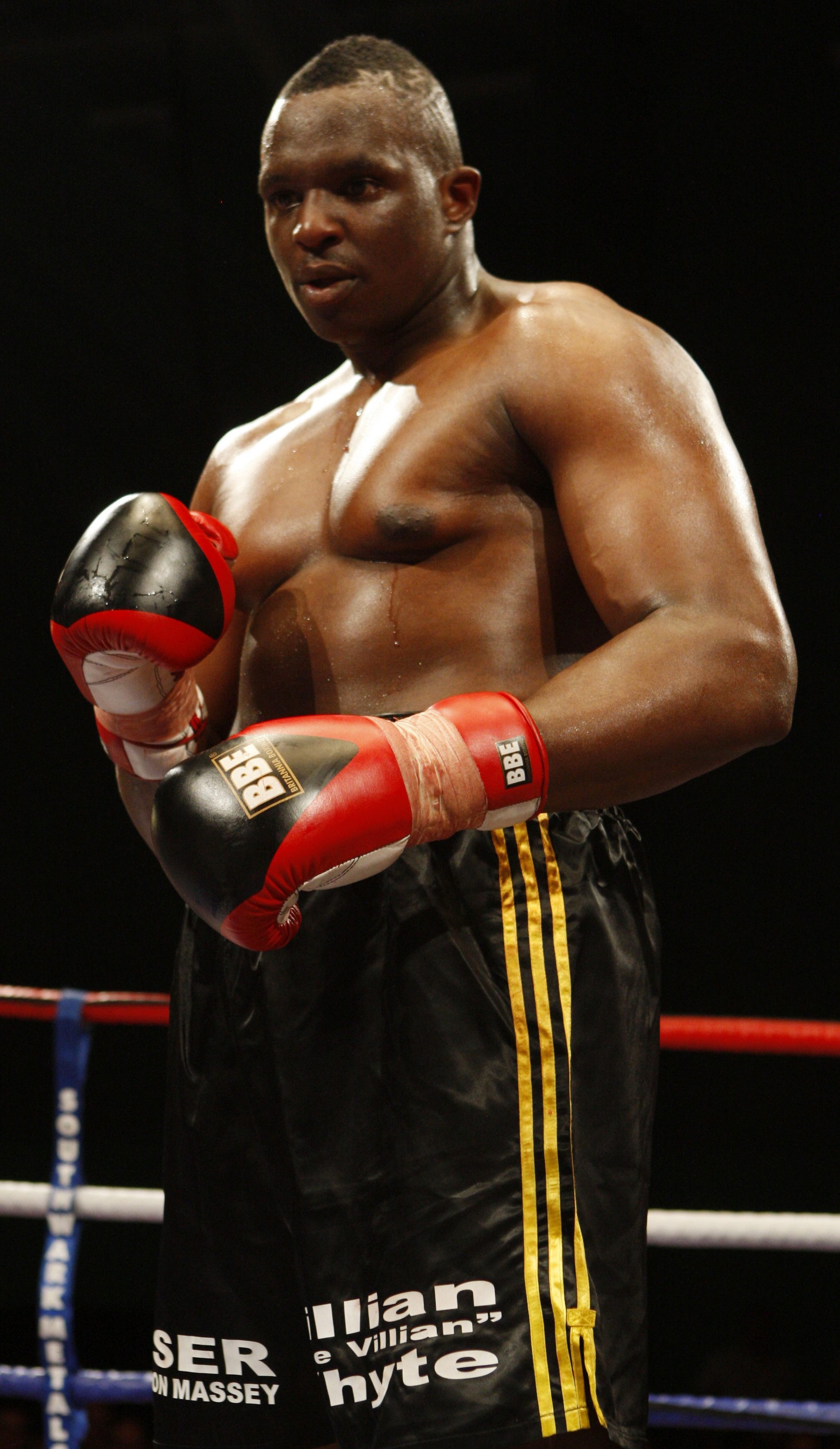 The Body Snatcher Whyte was shot twice and stabbed three times before making it in the ringCredit: Action Images – Reuters

‘The Body Snatcher’, as he is frighteningly nicknamed, grew up in the concrete jungle of Brixton as a self-confessed thug, where he had to use his fists to get himself out of bother.

But that didn’t always work when guns and knives were brought to the fight.

As a street kid, the 31-year-old British heavyweight boxer was shot twice and stabbed three times on the mean streets of South London, as gangs ran rife.

And as soon as he became a teenager, Whyte’s life changed dramatically when he became a father for the first time.

However, that hasn’t stopped the 6ft 4in brawler from succeeding in life – who recently saw his name cleared of any doping charges as he still targets a world championship title fight.

Whyte was born in Jamaica in poverty, and his mum left the family home in Portland when he was just a toddler to find a job in London.

“Some days we couldn’t eat, we’d go to bed hungry. She left me with people who didn’t take very good care of me.

“They were taking the money my mum was sending and was telling me she wasn’t sending anything.”

By the age of 12, Whyte and his brother Dean joined his mother in Brixton. But soon he was wayward, corrupted by the cruel, impoverished surroundings he was growing up in. 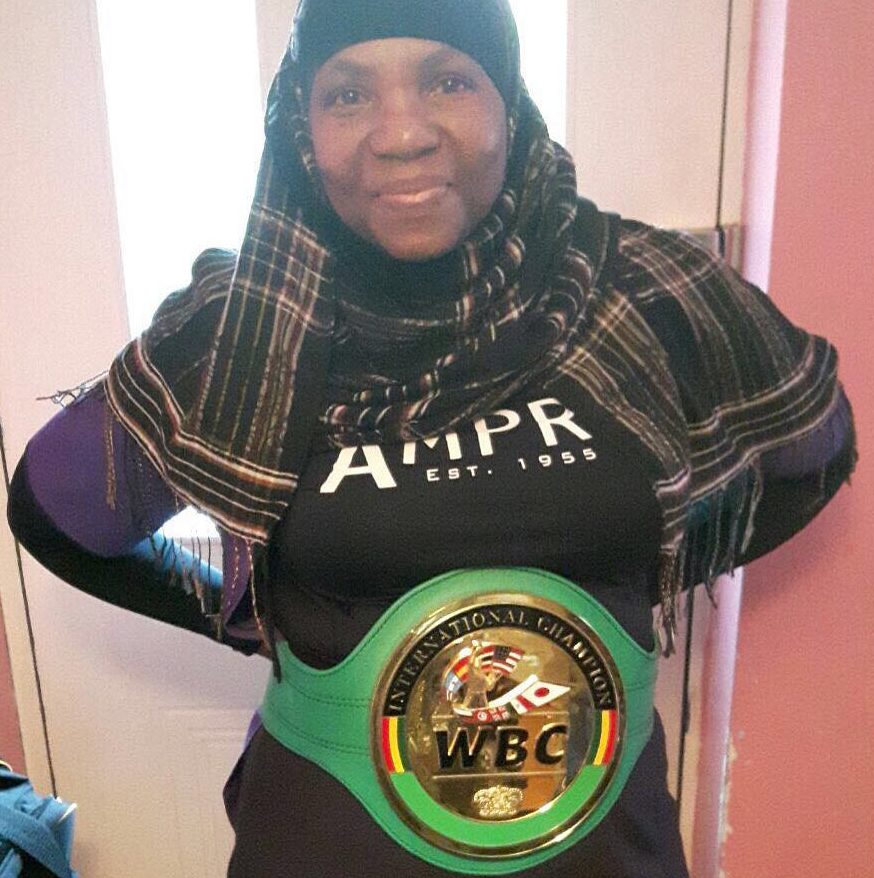 Whyte’s mum left the boxer when he was two-years-old in Jamaica and moved to LondonCredit: Instagram 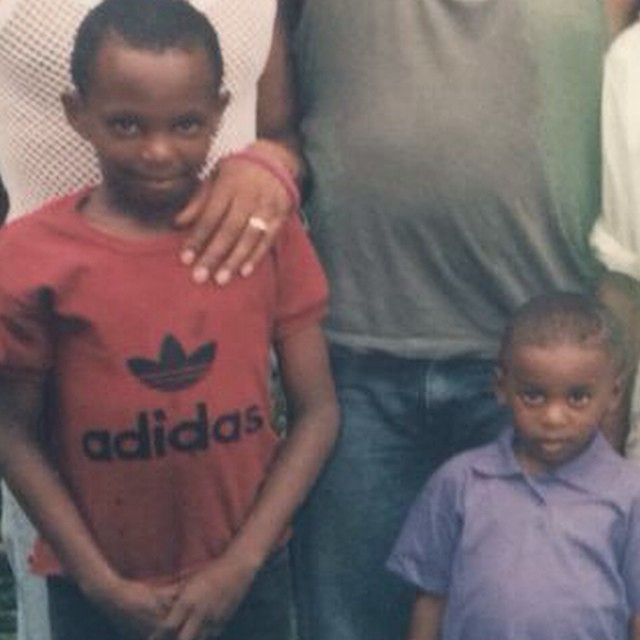 He was stabbed three times, once sewing himself back together instead of heading to his local A&E at King’s College Hospital in Camberwell.

Whyte was also shot twice after getting caught in a gang war in Clapham, and painfully had to remove a bullet from his leg because he didn’t want to bother his hard-working mum.

“I took the bullet out and hid out,” Whyte told The Telegraph.

“It was out of respect for my mum. I didn’t ever want to bring police to her house.

“Doesn’t matter what I did or how bad I was, I showed respect for her. If I was ever injured, I couldn’t go to the hospital in case they alerted my mum, so I did what I had to do.”

At school and growing up on an estate, Whyte was often asked to take on bullies, who he gladly put on their backsides in exchange for change and sandwiches.

“I’ve always been a fighter,” Whyte told the Daily Mirror. “I’ve never had a choice. Growing up I had to fight to survive.

“Kids used to pay me to fight bullies for them, I swear. At schools and around my estate. The bullies were older and bigger than me.

“Sometimes they gave me food, it could be sandwiches or it could be money. I think £2 was the most I got and £2 was a lot back then. You could buy a hell of a lot of sweets for £2 back then.”

TIME INSIDE CHANGED EVERYTHING 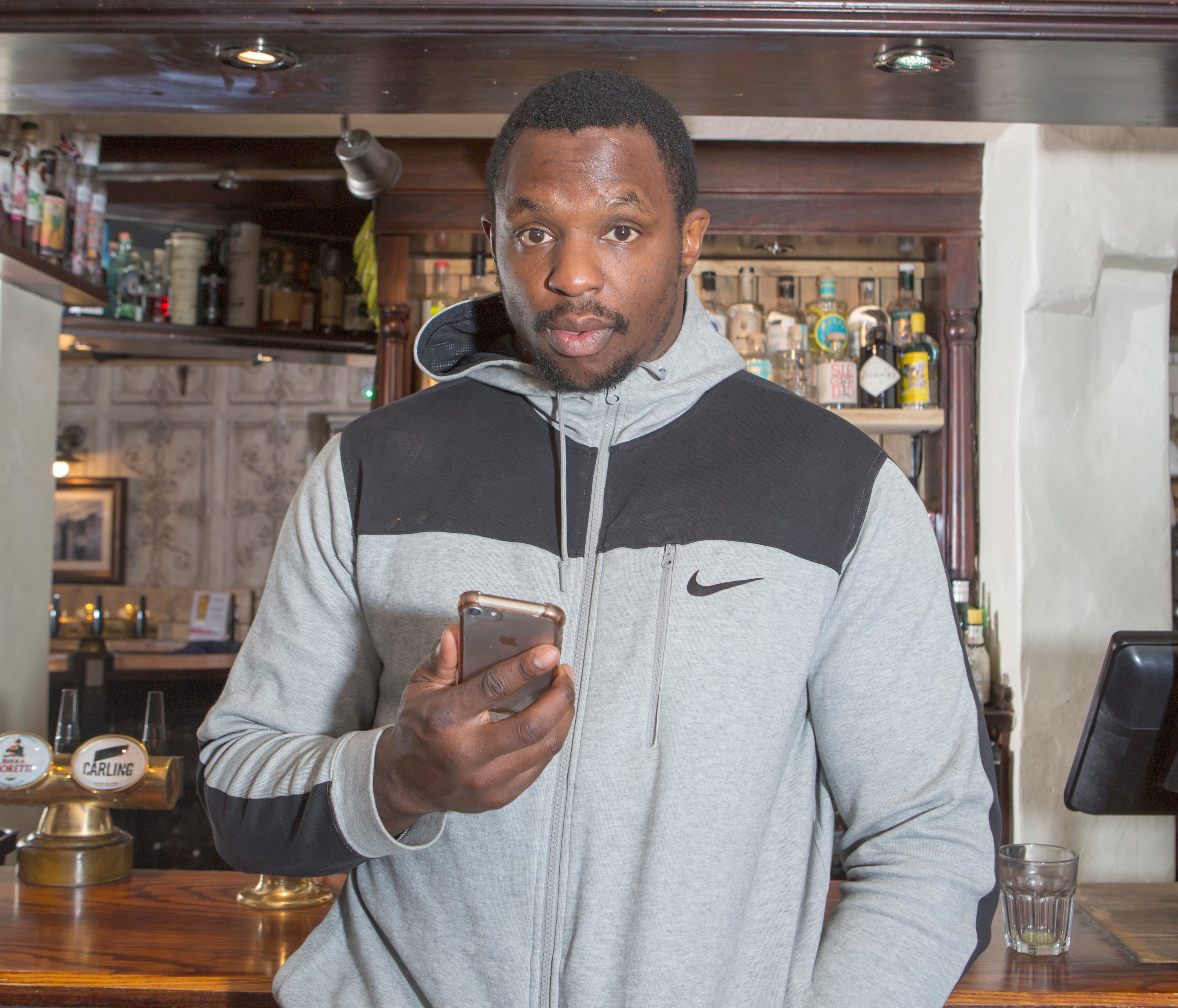 In his late teens, Whyte found himself in prison in Bristol awaiting trial and facing up to 20 years behind bars.

An emotional visit from his mum and sister opened his eyes, and he hated seeing them upset.

“My older brother died and she was saying she didn’t want to lose another son,’ Whyte told the Daily Mail.

“As bad as I was, I never wanted to disappoint my mum.

“When she came to the prison in Bristol, she said, ‘Son, we’ve been through so much in life”. I looked at my mum’s face and the tears rolling down her cheeks and I felt bad and I felt ashamed.”

It made Whyte change his ways for the better. 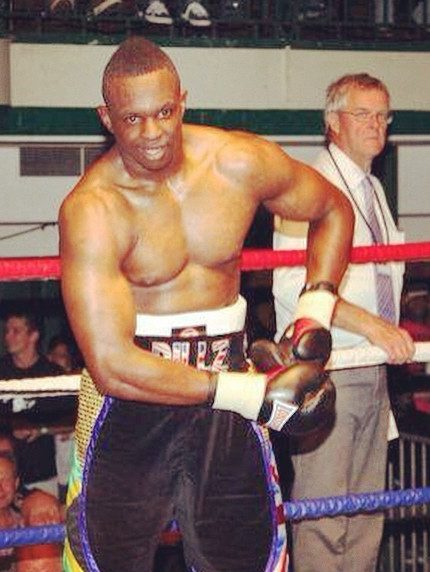 A life in the ring was soon to save Whyte 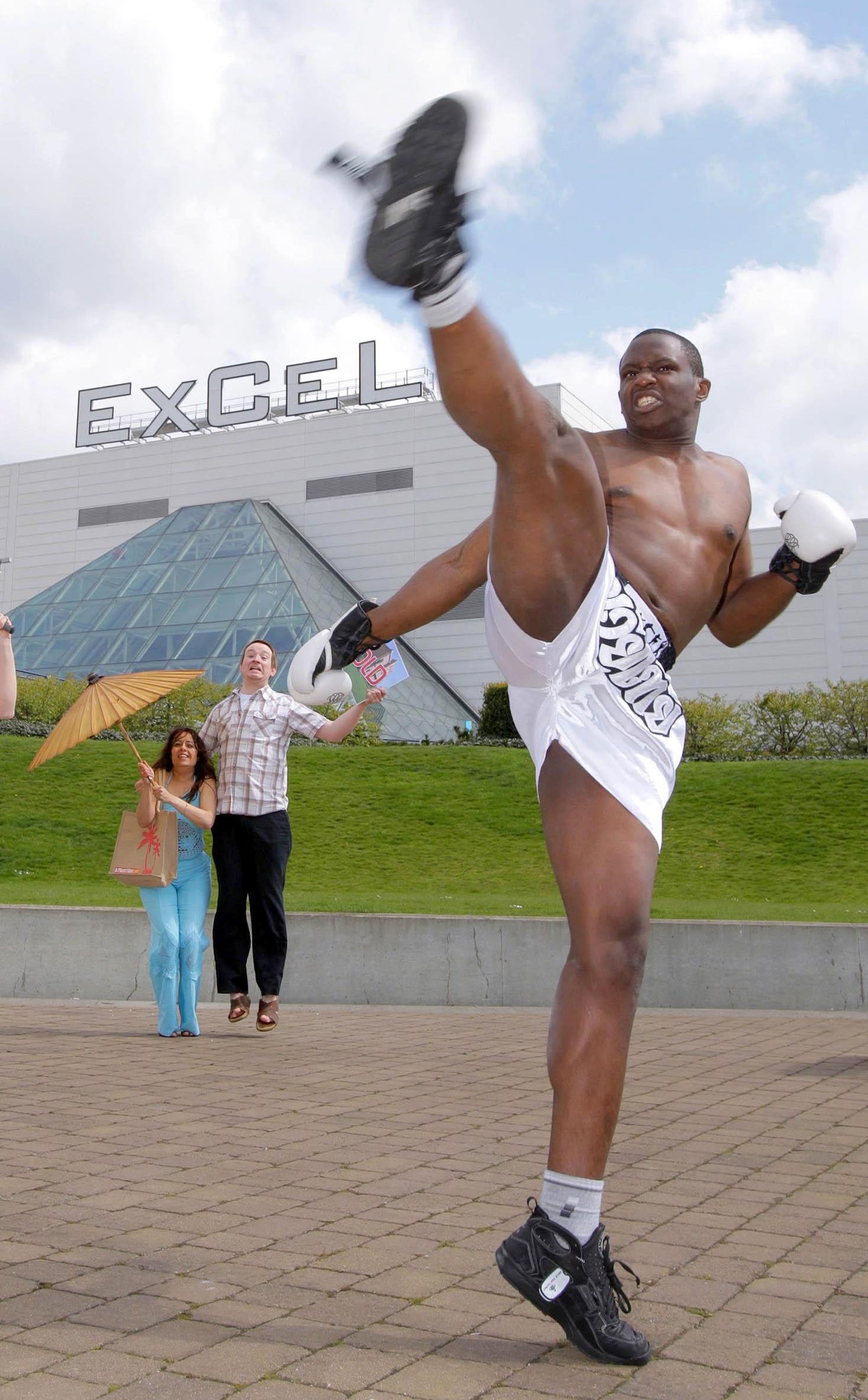 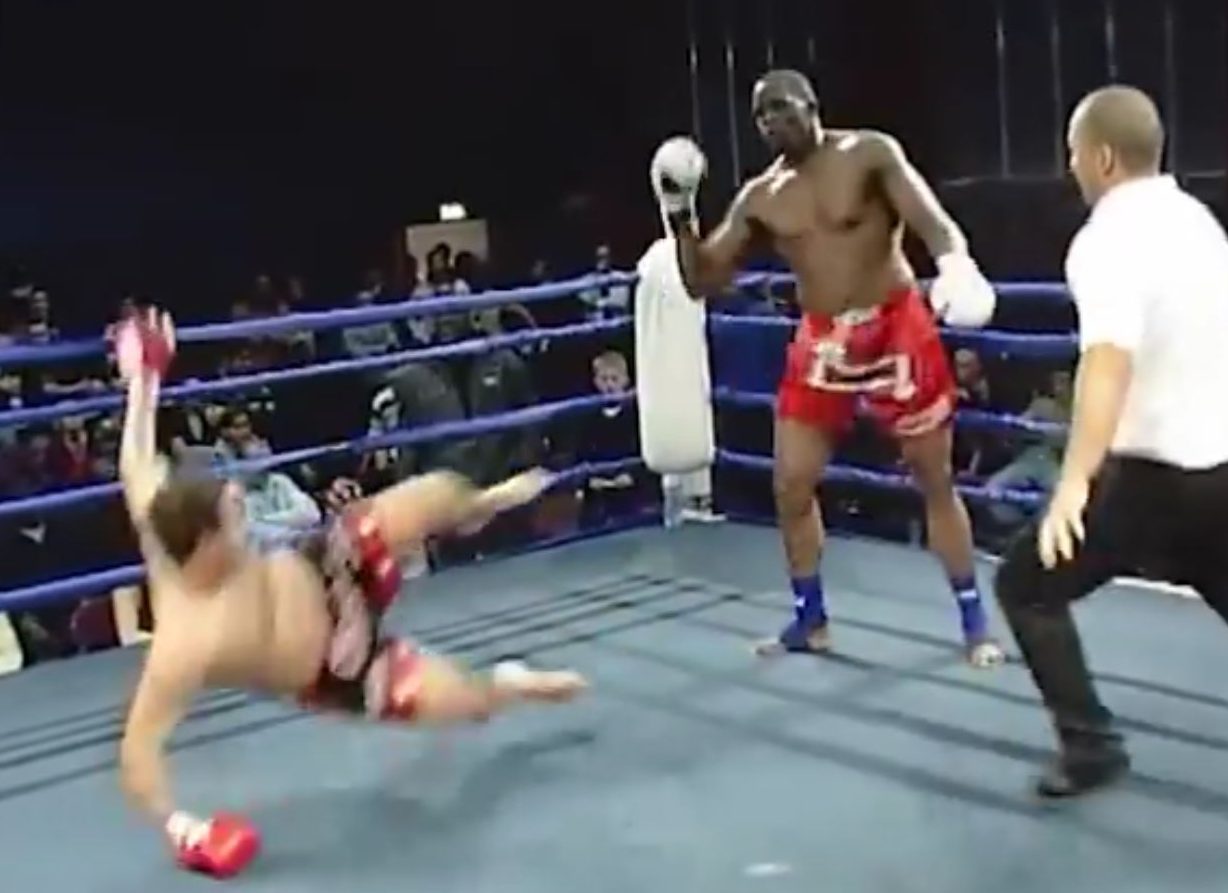 Whyte also competed in the MMA, flooring his only opponent Will Riva

Whyte needed something to channel his anger and aggression growing up, and he found it in the discipline of boxing.

It’s fair to say that Miguel’s Gym provided him with the platform to build another life for himself.

“I didn’t do too well at school, to be honest, but boxing saved me and changed my life,” Whyte once said.

“And it was going well, because I knew it was my best chance in life.”

But originally, Whyte tried his hand at professional kickboxing. And he was a success too.

He ended his K1 career with an impressive record of 20 wins and just one loss, before turning to MMA.

In 2008, he fought at the Ultimate Challenge MMA – defeating Mark Stroud with a hugely destructive left hook only 12 seconds into the first round.

When he was just 13-years-old, Whyte became a father for the first time. He has since had two more children.

But it was becoming a teenage dad that meant he had to grow up quick.

“I was a dad at 13-years-old so I have been looking after kids and I had to rush my mental state, growing up a lot faster,” he told 1 News.

“When you become a dad it changes everything, where most kids were running around I’m working two jobs and doing other things to get money to feed my children.

“I’m trying to win these fights so my kids have a good life and make sure they don’t have to struggle the way I struggled.” 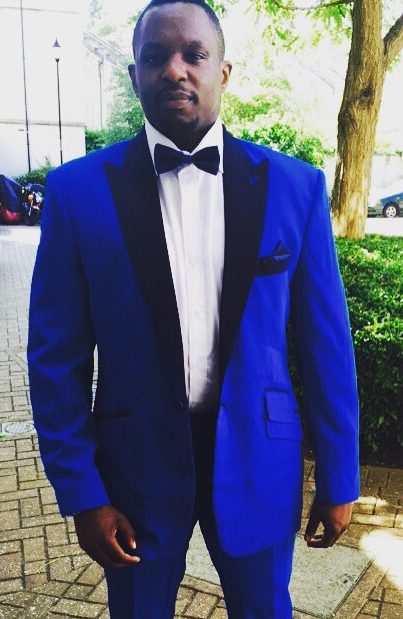 At the age of 13 Whyte became a father for the first time. He has since had two more children

In 2009, Dillian began a career in boxing at amateur level.

And for his first fight, at the age of 20, he couldn’t of fought anyone tougher.

Whyte squared off against future heavyweight champ Anthony Joshua, and in truth he battered him.

Joshua was floored in one round, with his opponent on the front foot throughout their three-round fight. In the end, Whyte was the victor by unanimous decision.

In another contest, he left another amateur opponent in a coma after knocking him out – thus earning his vicious ‘The Body Snatcher’ moniker.

But Whyte’s amateur career was short-lived after a dispute with the ABA regarding his kickboxing background, and he was forced to turn pro in 2011. 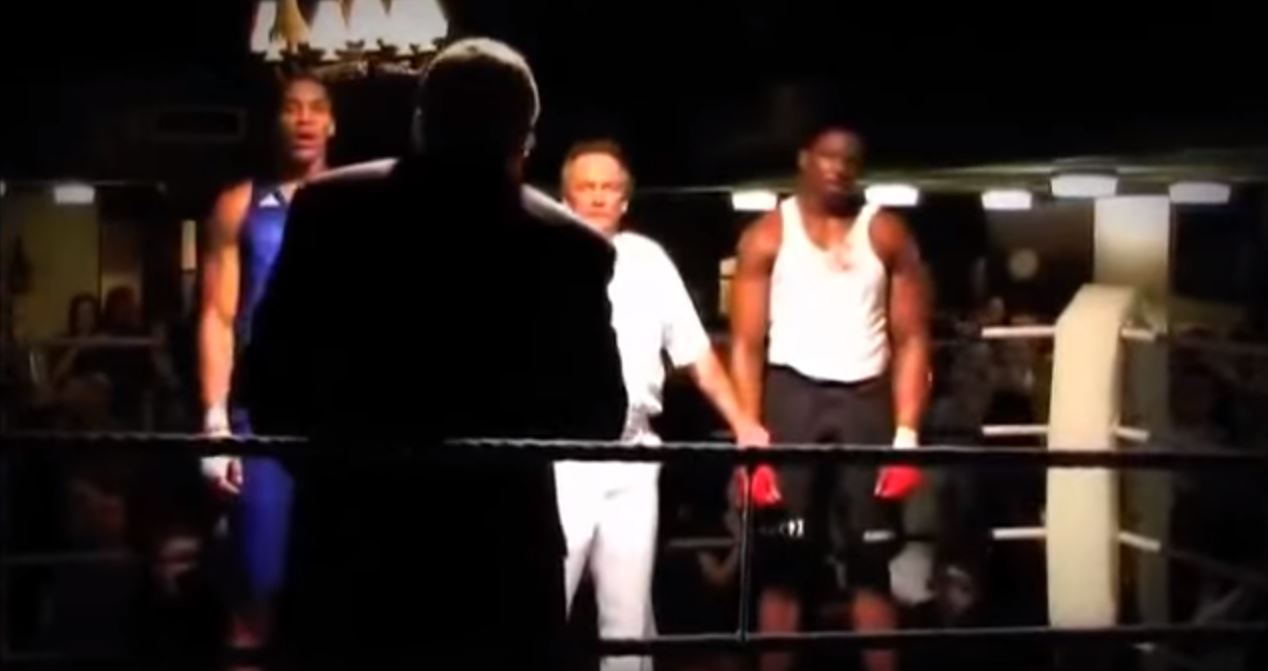 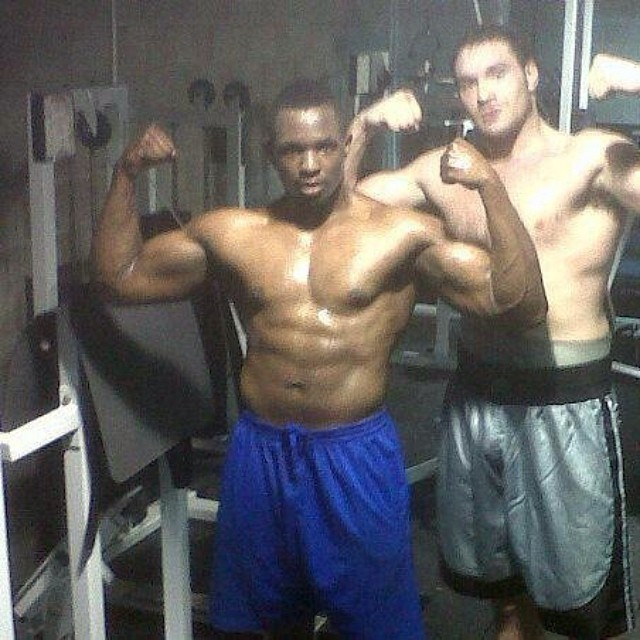 Whyte, posing with Tyson Fury, also one put an opponent in a coma after knocking him out in a amateur fightCredit: Instagram

In 2012, Whyte failed a drug test after his victory over Hungary’s Sandor Balogh.

He tested positive for the banned stimulant methylhexaneamine (MHA), which he claimed he mistakingly took with a nutritional supplement called Jack3D, and was handed a two-year ban.

Whyte appealed a year later, but the ban was upheld even though a tribunal accepted he didn’t knowingly take MHA.

“The supplement was described on the container as ‘an ultra-intense muscle supplement, giving strength, energy, power and endurance’,” Charles Flint QC, the chairman of the appeal tribunal, said in 2013.

“It was plainly intended to be a performance-enhancing supplement which an athlete should only take after having taken great care to ensure that it does not contain a prohibited substance.

“The athlete took no steps to make any proper enquiries of his manager or coach, any person with medical or anti-doping expertise, or the sports authorities, as to whether the supplement was safe to take.”

Although that set him back, Whyte is now stronger than ever.

From life experience alone, he’s certainly worth it. 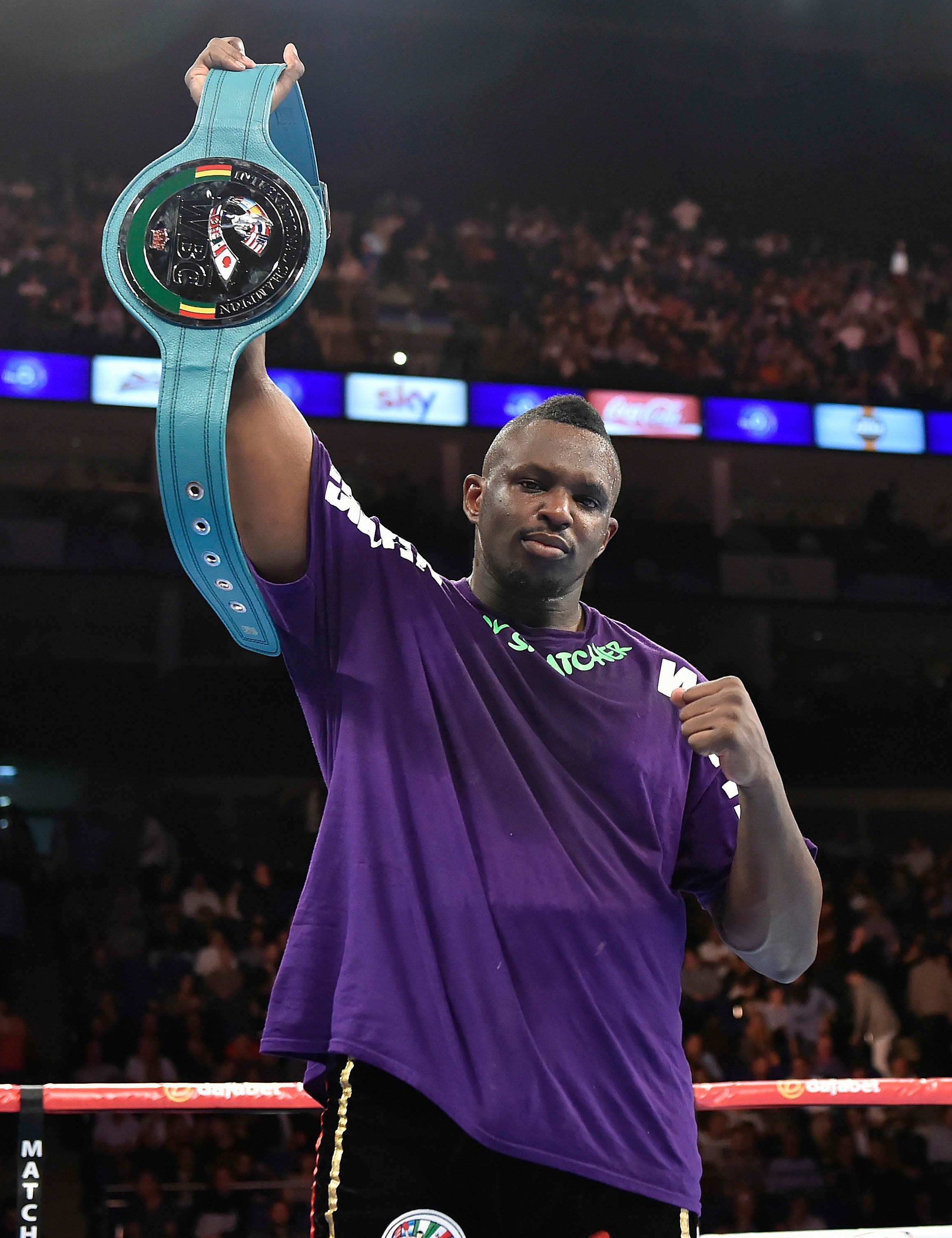 Despite a drugs ban in 2012, Whyte has got his career back on trackCredit: Getty Images – Getty