ROMELU LUKAKU was handed an award at Friday’s Dubai Sports Conference – only to find his name spelt wrong.

The glitzy gathering saw the striker receive the ‘Honour Certificate of Appreciation’ with the inscription unfortunately naming ‘Romello Lukaku’. 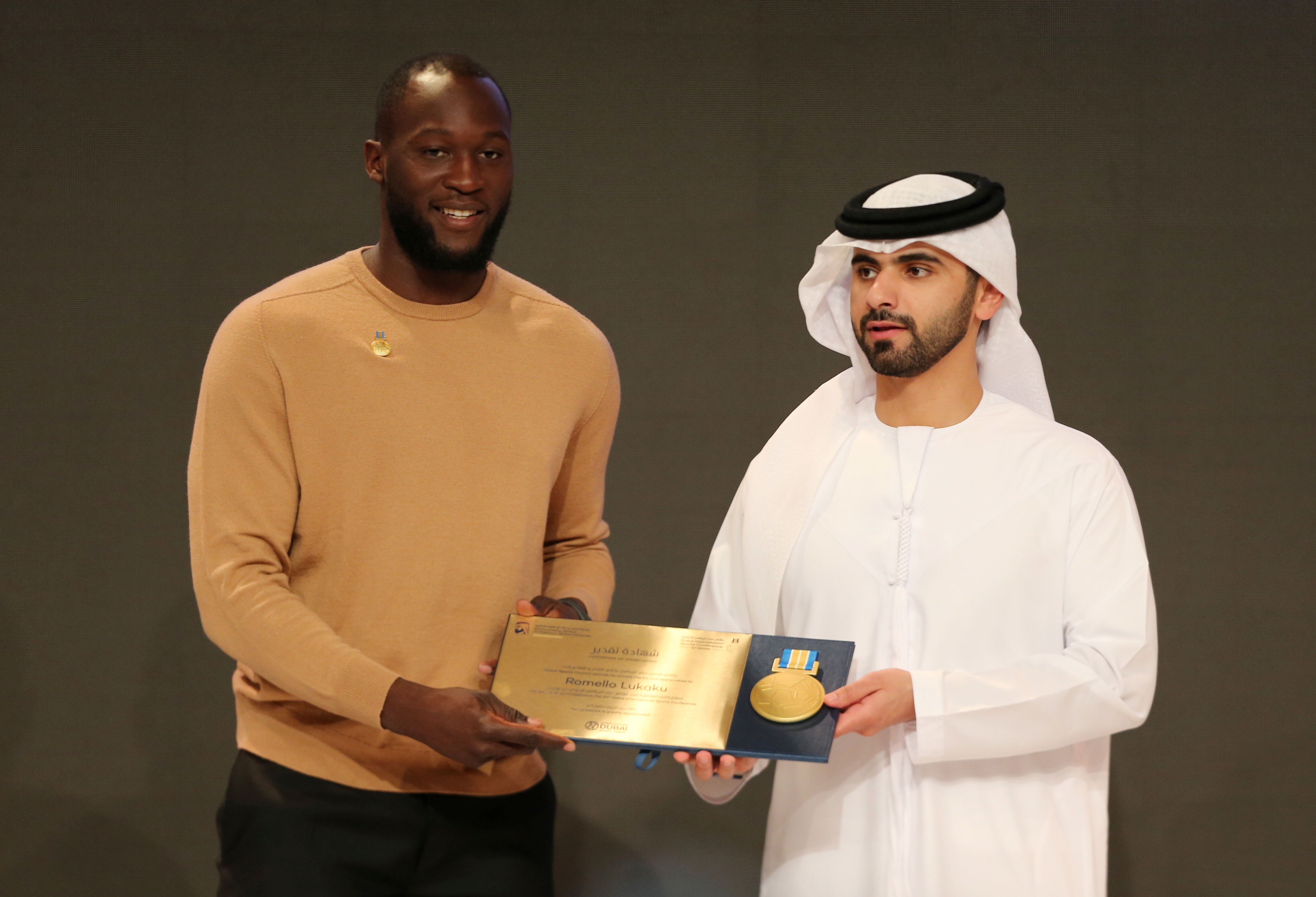 Lukaku looked pleased to receive the gong despite the errorCredit: Reuters 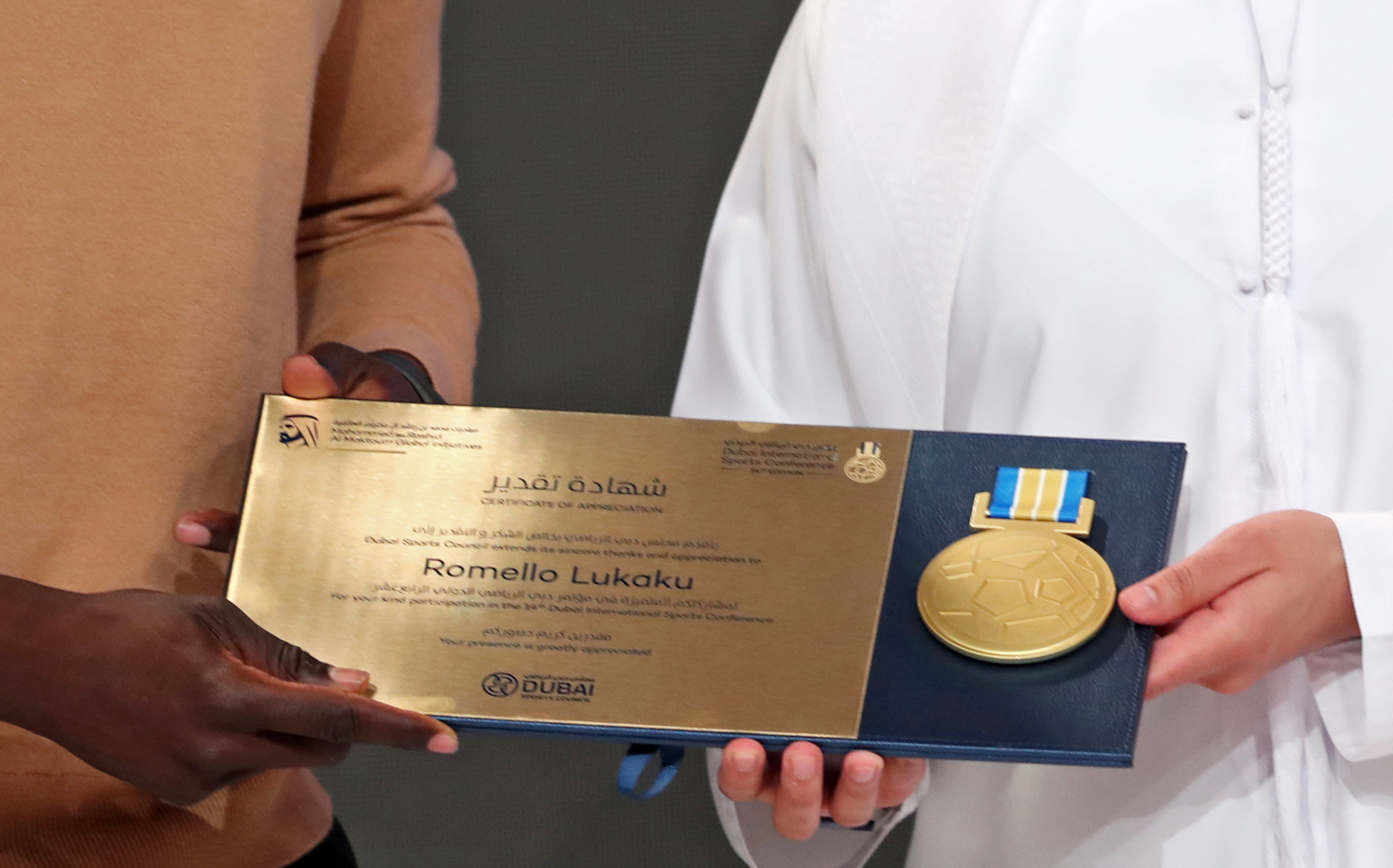 The certificate made a striking spelling mistakeCredit: EPA

A stony-faced Mansoor bin Mohammed Al Maktoum, son of the ruler of Dubai, gifted the expensive-looking golden plaque to a smiling Lukaku.

A handful of global stars were picked to attend the event, including Cristiano Ronaldo.

Atletico Madrid forward Joao Felix and Juventus’ Miralem Pjanic also claimed certificates at the 14th edition of the conference – their names all being spelt correctly.

Earlier in the day, Lukaku had taken part in a Q&A session alongside Joao Felix, Pjanic and former Manchester United defender Mikael Silvestre.

During that discussion, he dismissed having any regret over his time at Old Trafford.

Lukaku told the audience: “That period there made me be so much more calm.

“I don’t look at it as a negative thing. It really helped me mentally to be ready, to prepare myself better, to grow as a player and as a person.

“The experience for me was enjoyable. I will never look at it as a bad experience, because it helped me get to where I am today. 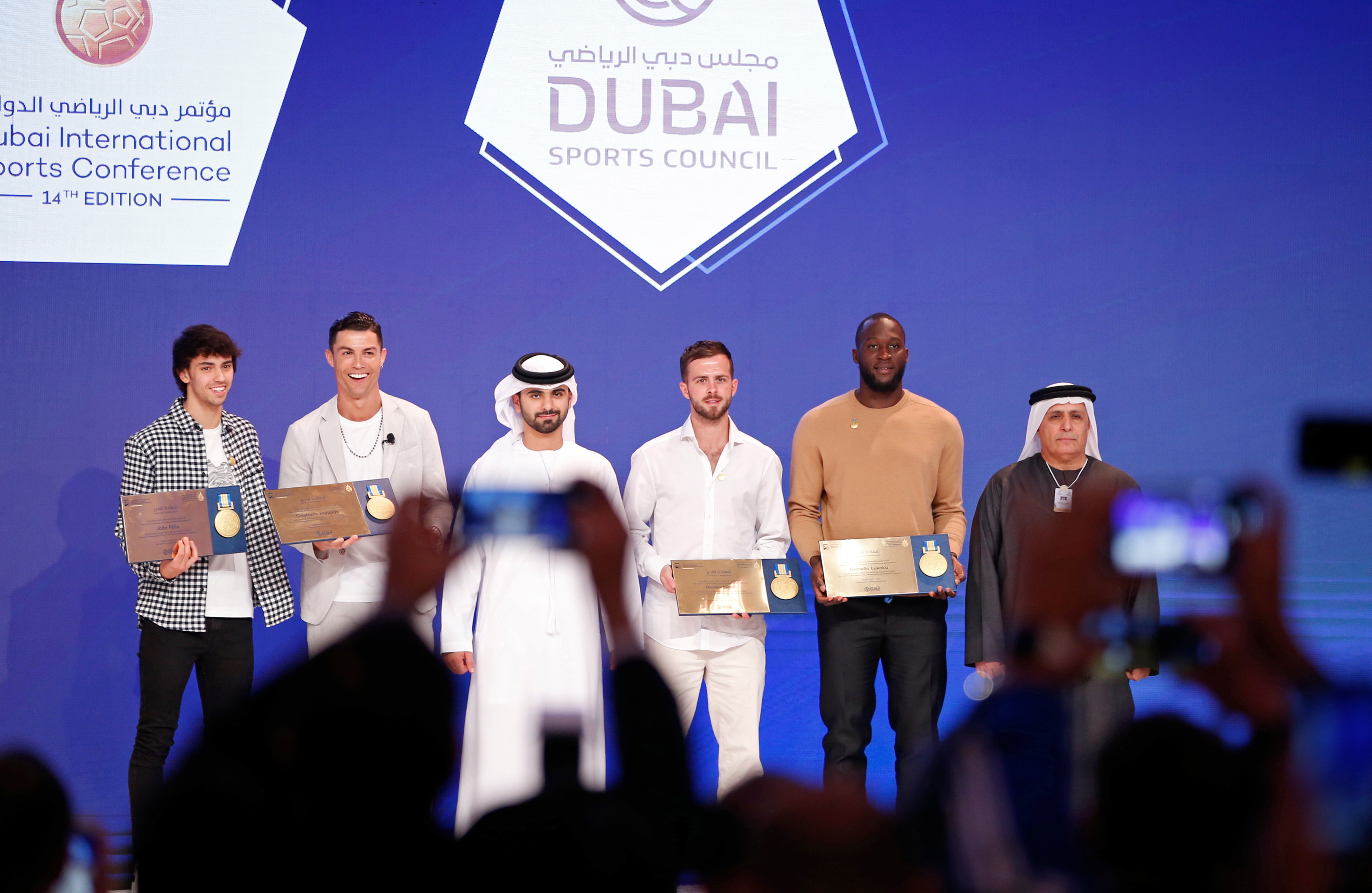 “And right now Inter Milan is benefiting from it, from all the things, on the sports side and also outside.

“I’m much more prepared and much more calm in my head, there’s much more composure. Because I’m the type of person who when things are not going well, then I showed a lot of anger.

“But now I’m much more hardened for that experience I had at Manchester United.”

Since arriving at Inter for £74million in the summer, the Belgian has hit 14 goals to help his side top Serie A.