TWO Arsenal fans were so bored during last night’s shocking defeat that they found a game of cards more entertaining.

The Gunners board finally sacked boss Unai Emery today before their weekend clash at Norwich following his latest humiliation. 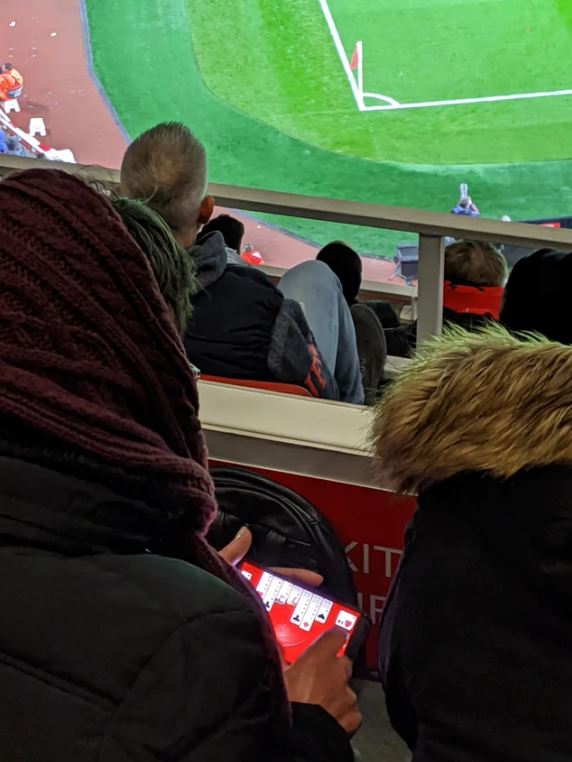 A 2-1 home loss to Eintracht Frankfurt in the Europa League means Arsenal have gone seven games without a win for the first time since 1992 to leave Emery looking like the joker in the pack.

And it has proved to be the final straw as the hierarchy wielded the axe.

Boos rang around a half empty Emirates stadium last night as supporters made their feelings towards the now former manager well known.

Those who weren’t playing cards were holding ‘Emery Out’ banners while thousands of others just avoided the game completely.

The Spaniard then riled fans up even further by sensationally declaring his side had improved following the weekend draw with Southampton.

It sparked a damning response from Gunners legend Martin Keown who called for Emery to be axed.

The BT Sport pundit added: “This is relegation form. We are on the way down.

Follow our LIVE ARSENAL BLOG as Emery is sacked

“This is as bad as I have seen it. The guys at the top need to make a decision or Arsenal will plunge down the table.”

Now he and fed-up fans finally have their wish after Freddie Ljungberg was named caretaker boss. 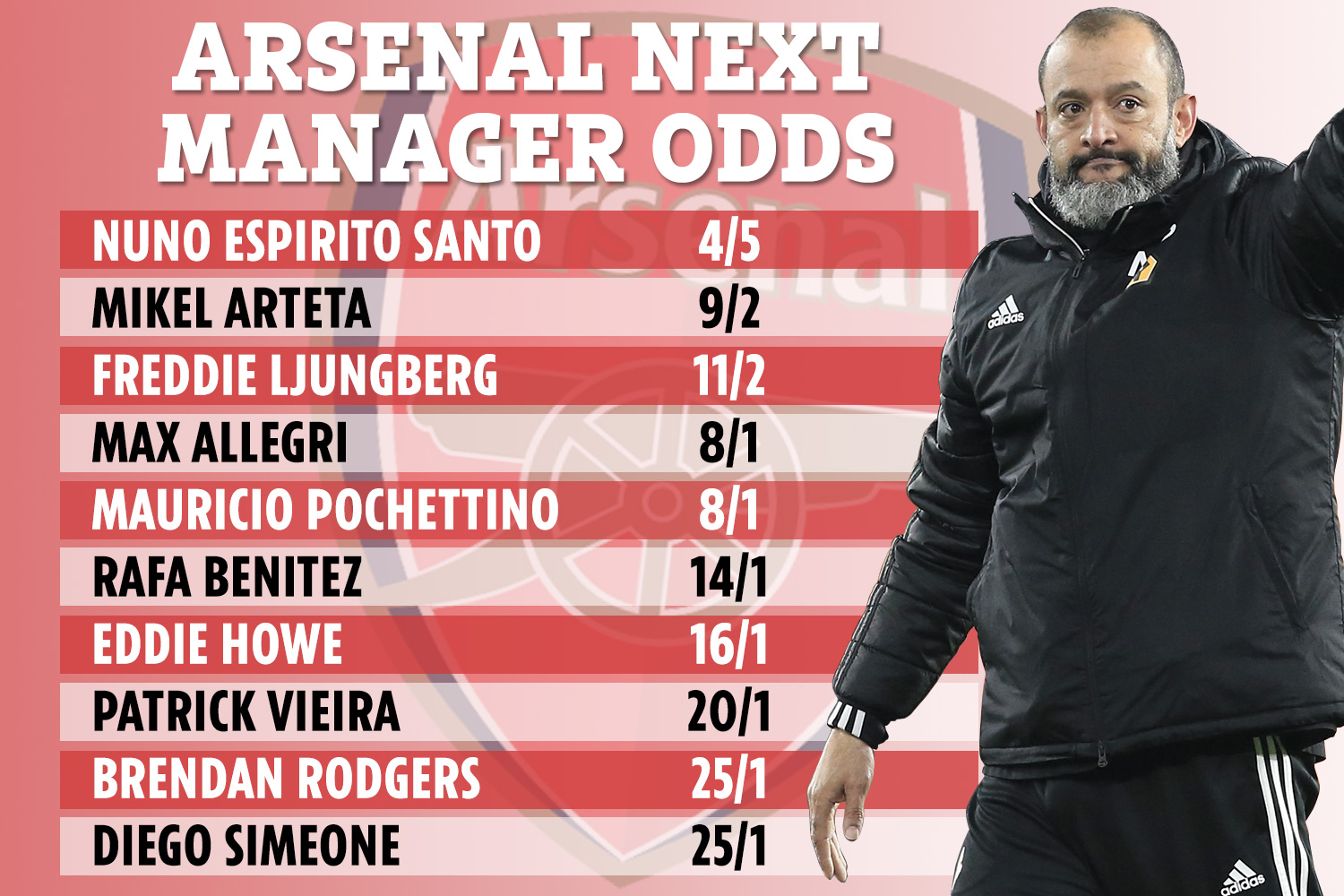 A club statement read: “The decision has been taken due to results and performances not being at the level required.

“We have asked Freddie Ljungberg to take responsibility for the first team as interim head coach. We have full confidence in Freddie to take us forward.

“The search for a new head coach is underway and we will make a further announcement when that process is complete.”

Gunners director Josh Kroenke added: “Our most sincere thanks go to Unai and his colleagues who were unrelenting in their efforts to get the club back to competing at the level we all expect and demand.

“We wish Unai and his team nothing but future success.” 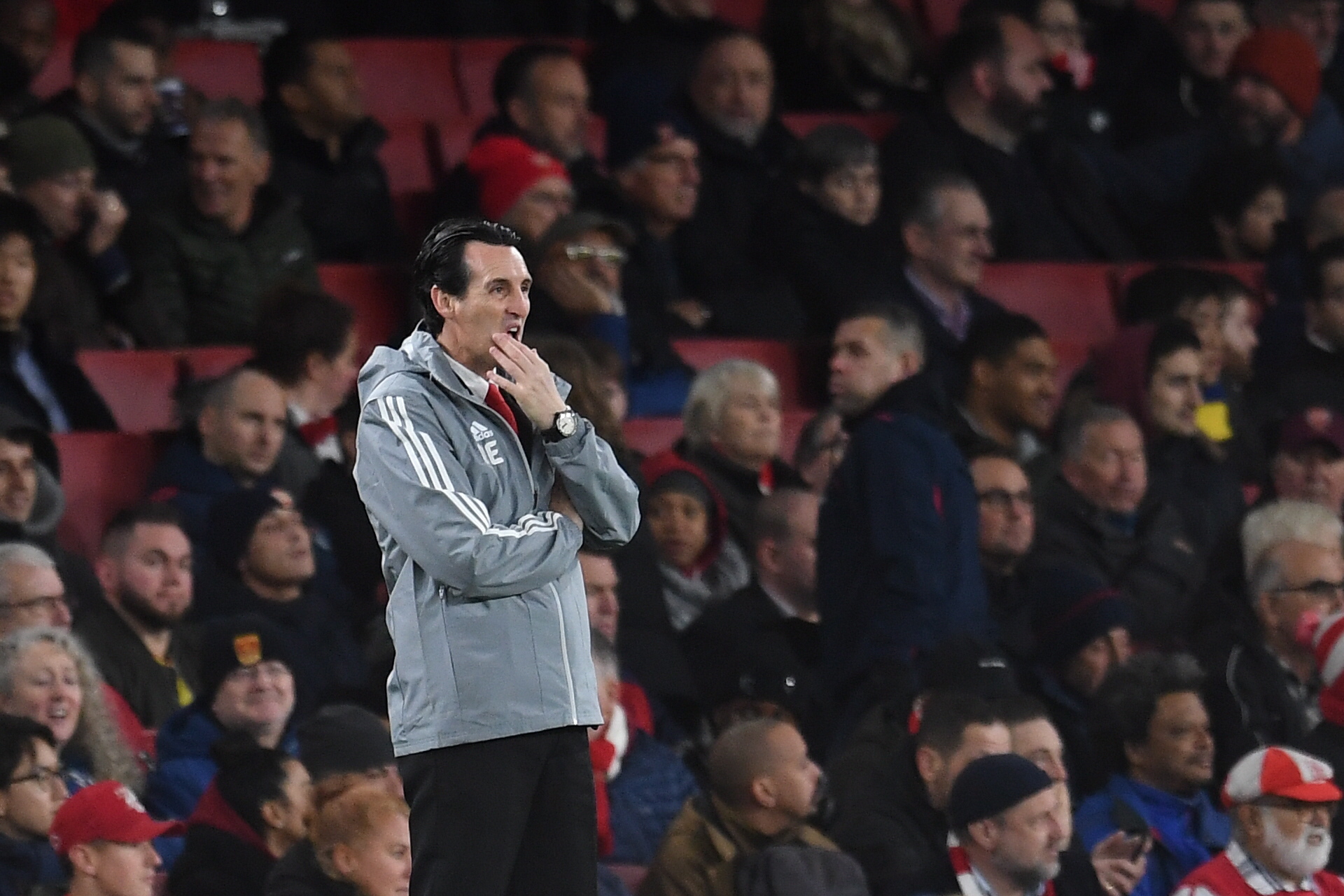 Unai Emery’s time at Arsenal is coming to an endCredit: EPA 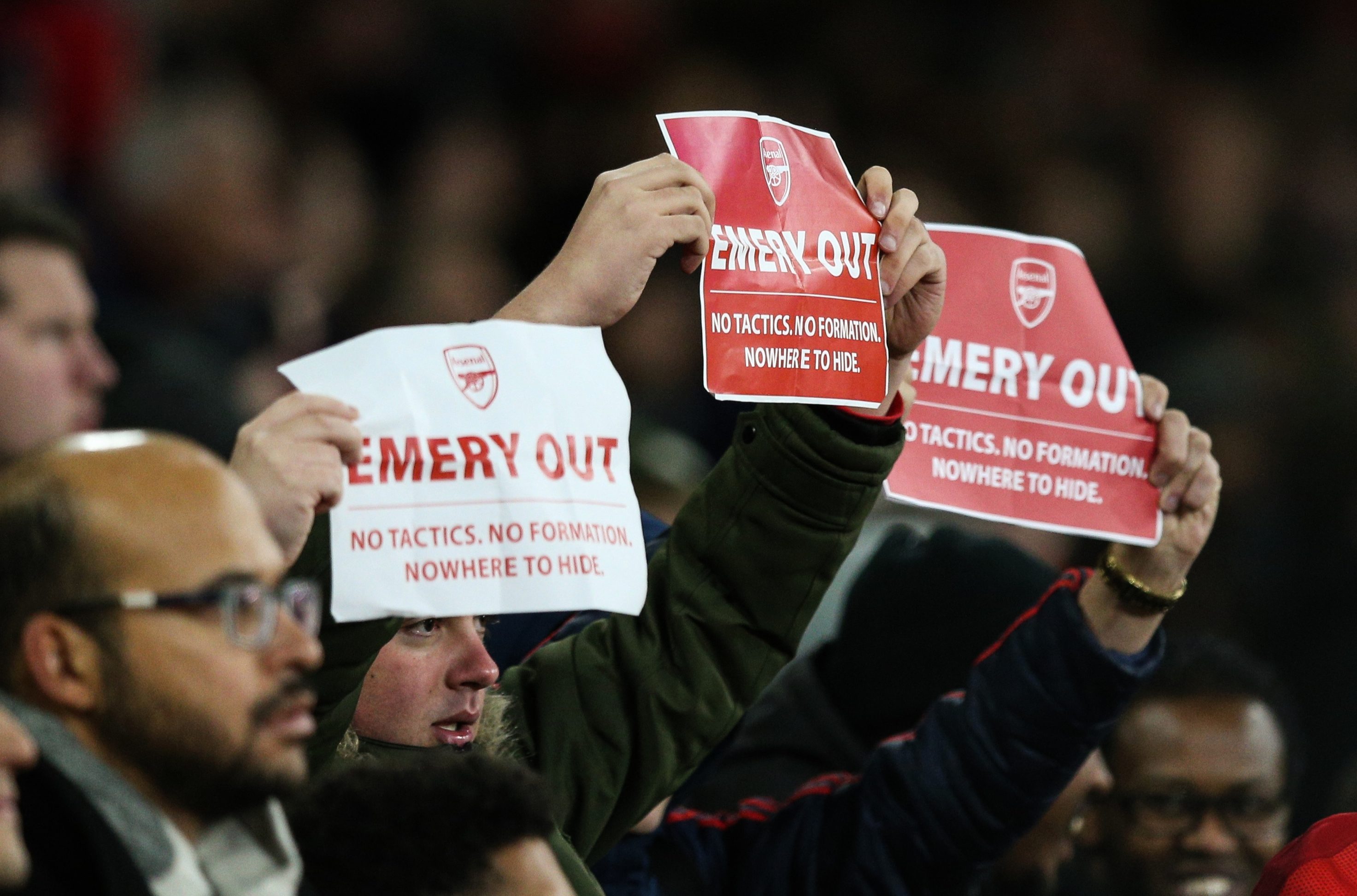 Fans voted on their feet as they call for Emery to goCredit: Getty – Contributor

Arsenal fans are keen for a new manager like Pochettino, Howe, Nuno or Benitez to take over the Gunners