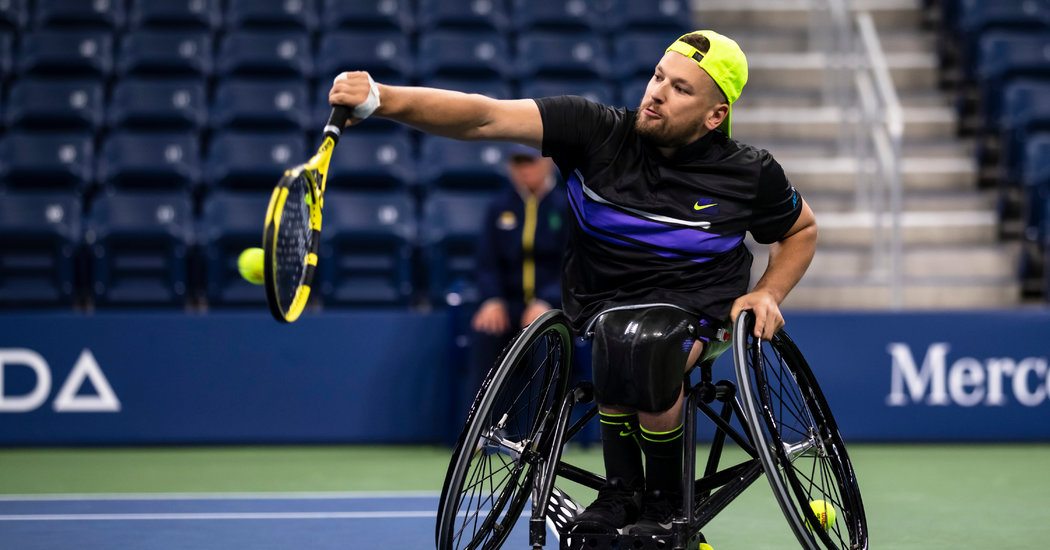 After an outcry from players, the United States Tennis Association has restored the wheelchair tennis competition to the 2020 United States Open.

In the initial plans for the tournament announced last week, the wheelchair events, mixed doubles and the junior and legends events had been eliminated. Part of the reasoning for the cuts was the need to limit how many people would be at the U.S.T.A. Billie Jean King National Tennis Center to protect competitors against the coronavirus. The U.S. Open is scheduled to begin as originally planned on Aug. 31, but without spectators and with strict health measures because of the pandemic.

But many wheelchair players complained that they had not been consulted about the decision and disagreed with it. They argued that their slot in the second week of the tournament meant that the overall number of players on site already would be reduced.

Dylan Alcott, an Australian who is the top-ranked quad singles player and a star in his home country, called the decision “disgusting discrimination” on Twitter and said he thought he had done enough in his career to merit a spot in the tournament.

“But unfortunately I missed the only thing that mattered, being able to walk,” he said.

According to players, the U.S.T.A. proposed three possibilities: a cash payment to be divided among the player pool, an event to be held later in the year at the U.S.T.A. National Campus in Orlando, Fla., or a U.S. Open wheelchair tournament with slightly reduced prize money compared with 2019.

The players were asked to inform the U.S.T.A. of their preferences, and on Wednesday, the U.S.T.A. announced that the wheelchair tournament would be held from Sept. 10-13 with wheelchair players granted access the tennis center on Sept. 7.

“The U.S.T.A. said they had made a mistake and had a miscommunication among themselves,” said David Wagner, the leading American quad wheelchair player who was part of the virtual meetings. “It seemed like a pretty sincere apology, and it was accepted. And we moved on.”

Wagner, 46, an eight-time Paralympic medalist, was paralyzed after an accident on a California beach in 1995 and plays tennis with his right hand attached to his racket.

“It was a combined effort by a lot of athletes,” Wagner said of the lobbying that changed the U.S.T.A.’s plans. “It was not just one athlete in particular preaching to their social media. It was a ton of athletes working for a common goal. I think we all grasped the gravity of the situation this year with the U.S. Open, but we wanted to get a better grasp of the U.S.T.A.’s decision-making process and try to get a better outcome.”

Alcott thanked the U.S.T.A. and U.S. Open on Twitter on Wednesday and also said he appreciated the help of Andy Murray, Roger Federer and other leading players on the ATP and WTA tours who “lobbied internally to help us get there.”

“The decision of not allowing us to compete, without communication or consideration was bigger than tennis,” he added. “In years gone by decisions would have been made for us and no one would have cared. You cannot be treated differently because of your gender, race, religion or disability.”

Wagner said he planned on competing in New York if he was comfortable with the public health situation. The U.S.T.A. is planning to require social distancing and frequent testing.

“It’s a concern, sure, just as much as for an able-bodied ATP or WTA player,” Wagner said of the coronavirus. “I’m not sure how much more susceptible I am. But I feel if I am going to play that would probably be the safest place. The U.S. Open has the means to ensure safety.”