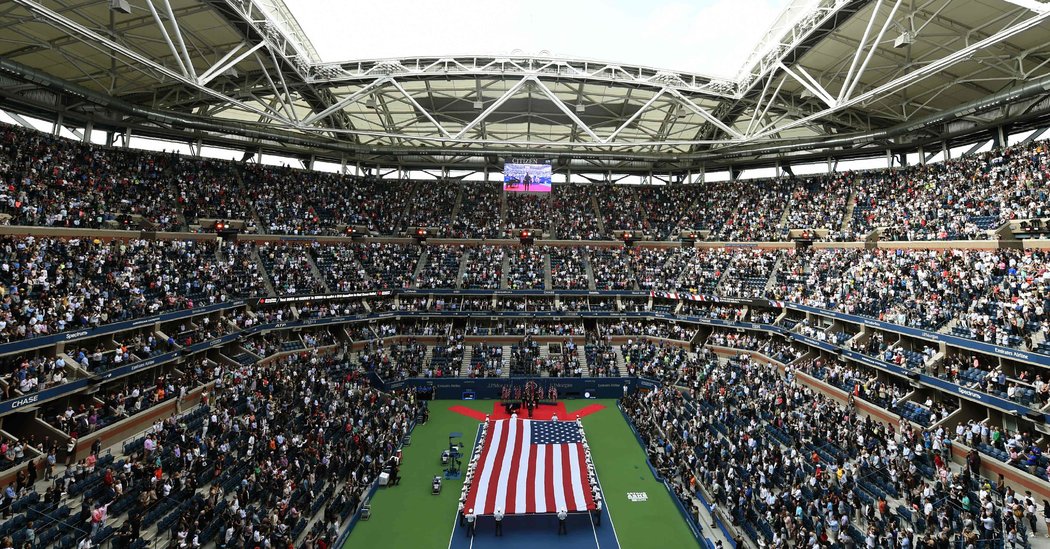 Gov. Andrew M. Cuomo announced Tuesday that the United States Open would be held as originally scheduled but without spectators at the U.S.T.A. Billie Jean King National Tennis Center in Queens, approving a plan by the United States Tennis Association to salvage the Grand Slam tournament, one of the biggest sporting events in New York.

“It will be held without fans, but we can watch it on TV, and I’ll take that,” the governor said.

The Open is scheduled for Aug. 31 to Sept. 13. It will be preceded by the Western & Southern Open, a combined men’s and women’s event that is usually held in Mason, Ohio, earlier in August. Instead, it will be moved to New York this year to centralize operations, manage costs and limit player travel. The Western & Southern Open will also be played without spectators.

The extraordinary doubleheader already had the backing of the leaders of the men’s and women’s tennis tours, which have been looking for a way to restart the sport and regenerate income during the coronavirus pandemic while also managing the misgivings of top players who have expressed concerns about safety and travel restrictions. The majority of professional tennis players are European, and most players are based outside the United States (18 of the top 120 women are American as are 10 of the top 120 men).

The U.S. Open’s new guidelines are likely to curtail players’ movements in New York and limit the size of their entourages to allow for social distancing at the National Tennis Center. Players and their staffs will be required to wear masks at the tennis center when not competing or training. Access to the locker room and other shared spaces will be regulated, and seeded players will have access to unused hospitality suites as lounge areas. Though there was once discussion of chartering planes to bring players to the tournament, the plan now is for them to travel on their own. There are unresolved questions about whether players and their teams will be required to quarantine when they arrive in and depart from the United States.

Though regional exhibitions are taking place, the professional tours have been shut down since mid-March, when the BNP Paribas Open in Indian Wells, Calif., was canceled shortly before it was to begin.

“We recognize the tremendous responsibility of hosting one of the first global sporting events in these challenging times, and we will do so in the safest manner possible, mitigating all potential risks,” Mike Dowse, the new chief executive of the U.S.T.A., said in a statement. “We now can give fans around the world the chance to watch tennis’s top athletes compete for a U.S. Open title, and we can showcase tennis as the ideal social distancing sport.”

It is unlikely that all of tennis’s top players will choose to play, which could spark debate about whether this year’s Open deserves an asterisk. The qualifying tournaments have been eliminated and doubles draws are expected to be reduced from 64 teams to 32.

“For me, a Slam isn’t a Slam without qualifying, doubles and mixed doubles,” tweeted Gabriela Dabrowski, a Canadian doubles specialist, on Tuesday. “It leaves a bad taste in my mouth when so many players are against this event moving forward yet it is moving forward anyway. I can fully sympathize with the financial situation everyone finds themselves in, but something just doesn’t feel right here.”

The normal singles draws of 128 players will be maintained and the U.S.T.A. also has insisted that the tournament continue to award ranking points despite protests from some players who believe that would penalize those who do not make the journey.

Other top players, including Novak Djokovic of Serbia and Simona Halep of Romania, have expressed doubts about playing.

John Millman, a veteran Australian who reached the quarterfinals of the 2018 U.S. Open, tweeted last week: “I love the U.S. Open but it seems a little crazy that we’re still contemplating playing a Grand Slam there, right?”

The U.S.T.A.’s plan to hold the Open was widely considered far-fetched when New York was an epicenter of the pandemic and a section of the National Tennis Center was being used as a temporary 350-bed hospital.

But as the governor made clear on Tuesday, New York is no longer the epicenter. “Our rate of transmission is the lowest in the United States, having been the highest at one point,” he said, while continuing to urge caution from the public.

The absence of spectators will certainly be a financial hit for the U.S.T.A., which gets most of its funding from the tournament. More than 700,000 fans attended the 2019 U.S. Open, and the loss of revenue will include ticket sales, on-site hospitality and concessions. But the organization still has the support of its primary sponsors and ESPN, which pays more than $70 million annually in rights fees mainly to televise the tournament.