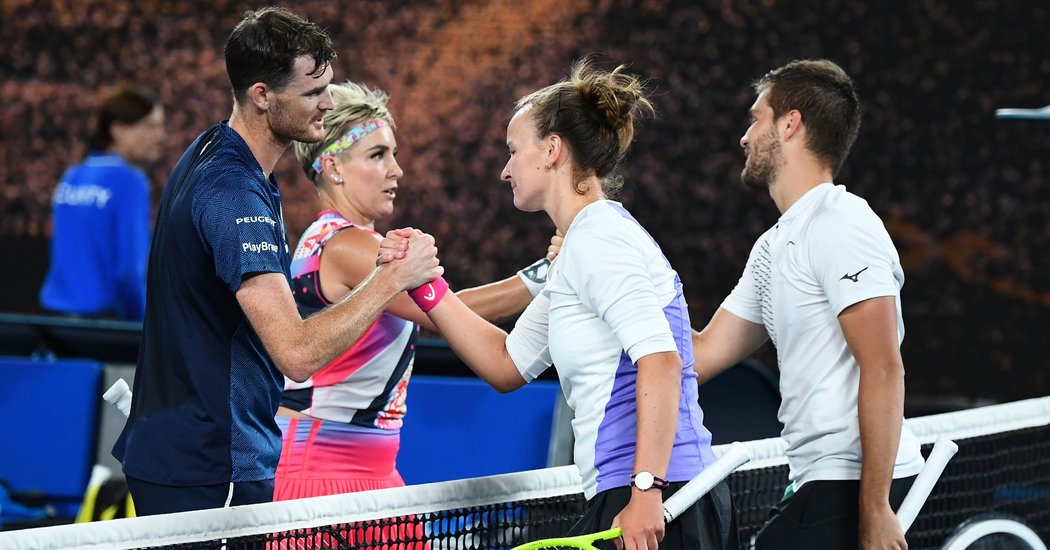 When Roger Federer, with time on his hands in the midst of tennis’s shutdown, floated the prospect this week of merging the men’s and women’s tours, Billie Jean King saw potential for her 50-year dream to come true.

“I’m thinking, ‘Yes! Maybe there’s still hope,’” she said in a telephone interview. “I’m 76, but I’m hoping before I die that the men and women are together. It’s the right thing for our sport.”

King, a 39-time Grand Slam champion and a longtime crusader for women’s rights and women’s sports, founded the Women’s Tennis Association in 1973 after failing to persuade the men to create a joint venture.

“It was really rough times, really rough, and I kept trying to get us all together, and the men just rejected us,” she said. “But I think this is a new generation of men, and they are probably second or third generation of the women’s movement.”

She added: “I think the men today are so different. I think they are uplifting. You look at the basketball players, what Kobe was doing with women’s basketball. These guys want their daughters to have the same as their sons. That’s not the way it was in the old days. It used to be all about the boys.”

Combining the tours — a complex and ego-imperiling task that is far from fruition — could create more leverage for unified deals with sponsors, broadcasters and data companies. It could also provide a more coherent experience for fans, who now typically need multiple cable and digital subscriptions to follow the men’s and women’s games. Plus it might streamline the calendar, even if some separate men’s and women’s events remain, and eliminate differences in the rules. (The WTA, for example, allows in-match coaching; the ATP does not.)

There is still strong resistance to a merger from some male players, including the outspoken Nick Kyrgios, who remain convinced that their tour, which generates more prize money and attendance, should continue to go it alone. But Federer’s pondering on social media — “Am I the only one thinking that now is the time for men’s and women’s tennis to be united and come together as one?” — hardly emerged from the blue.

Andrea Gaudenzi, a former player from Italy who became chairman of the men’s ATP Tour in January, was hired in part because he was pushing for greater cooperation in a long-divided sport, emphasizing the commercial benefits of joining forces. He wants not only to bring the men’s and women’s tours together, but also to fold in the Grand Slam tournaments, which remain the sport’s focal points and most powerful financial engines.

For now, the Grand Slam events operate independently, even of each other.

Before the coronavirus pandemic, Gaudenzi presented his ideas to all of tennis’s leaders, emphasizing a report from SportBusiness Consulting that estimated the value of global sports media rights for 2018 at about $49 billion.

Professional tennis accounts for less than 1.5 percent of that figure, said Gaudenzi, who considers that far too low in light of the sport’s international reach, its collective star power and a fan base that is about equally balanced between men and women.

“Most of the sports are mostly male-dominant in terms of audience,” Gaudenzi said. “So it’s a big advantage for tennis, because in today’s world both the broadcasters and the sponsors want to reach both the men’s and women’s audience.”

The financial pain generated by the pandemic has intensified the tennis world’s debate about and interest in teaming up.

Both the ATP and WTA have shut down their tours for at least four months, postponing scores of events with no certainty of when they might be rescheduled. Wimbledon was canceled for the first time since 1945. Two of the other Grand Slam events, the French Open and United States Open, are still on the 2020 calendar, but in doubt. Unlike Wimbledon, neither the French Open nor the U.S. Open has pandemic insurance to help cushion the blow of a cancellation.

Tony Godsick, Federer’s longtime agent and the president of the agency Team8, said players and leaders tend to have little time to wrestle with large issues in the sport because they are often traveling.

“Maybe because of the Covid-19 pandemic, for the first time in so long you have time — although you don’t know how much time — and you also have incentive,” Godsick said. “A merger might not work, but in the end of the day tennis would be shooting itself in the foot if it didn’t give it a really hard try.”

The male stars Rafael Nadal and Stan Wawrinka have joined Federer in expressing support for exploring a merger. So have leading female players such as Simona Halep, Petra Kvitova and Garbiñe Muguruza.

“Tennis has suffered from there being so many separate organizations in the past, and I believe that we would be stronger together,” the second-ranked Halep said in an email. “This global crisis gives us time to think and plan, probably an opportunity that won’t come along again, so I’m interested to hear more about these conversations.”

Kvitova said in an email: “Of course, we hope that WTA players can be part of those discussions, too, because it has to come from both sides.”

Kvitova’s comment reflects the fear that the men’s tour would essentially absorb the women’s tour and dominate any new partnership.

“If you structure it well, you can protect against that,” said Mark Ein, who owns the Citi Open, a combined men’s and women’s event in Washington, D.C.

King said the effort would be well worth the risk. “We are stronger together speaking with one voice,” she said. “We need to be united together as a family to keep improving and to compete with other sports.”

Others have said it will be critical to agree on a formula that accounts for the current disparities in the two tours’ revenues and that aims to share future gains equitably.

Micky Lawler, the WTA’s president and its second-ranking executive behind Steve Simon, the chairman, has been a public proponent for united governance. Simon has yet to express views as clear or detailed as Gaudenzi’s, but the WTA will be facing a significant financial shortfall if it is unable to stage its season-ending finals in Shenzhen, China, this year. The finals were placed in that location last year as part of a decade-long deal that was significantly more lucrative than its predecessor and that allowed the WTA to double the event’s prize money to $14 million.

The WTA does have limited reserves, estimated to be approximately half of the ATP’s.

“Even before this virus, they were struggling,” Chris Kermode, a former ATP chairman, said about the WTA. “You can say it’s a good idea to merge, but in reality how does this work? It would have to be 50-50 voting rights and 50-50 revenue split. Otherwise, politically, it’s worse than now. Basically a case has to be presented as to how this benefits both sides. If that’s achieved, then it could happen.”

As Gaudenzi acknowledged, “the devil is in the details,” just as it has been since the 1970s.

In 2007 and 2008, the former WTA chief Larry Scott, who had previously been the No. 2 executive at the ATP Tour, made a serious effort to bring the tours together with King’s support. He had extensive contacts, deep knowledge and ample ambition, and he commissioned a detailed analysis of the costs and benefits.

The ATP was not swayed, and though there have been joint efforts since then, including a global data deal and a digital media agreement, they have not led to more. At the moment, the tours operate distinctly, despite sharing the same business model and customer base.

King is optimistic, particularly with someone like Federer driving the debate. No male player of his stature has lobbied for such a merger in the past, and he has support from Nadal as well.

“If top players like Federer and Nadal step up, things can happen,” King said. “But I’m taking a deep breath here, because I want it to happen but I know it’s a lot of work. But crisis equals opportunity. I’ve never given up. We went to Plan B with the WTA, and it did OK. But now we have a chance to go to Plan A.”