ROMA have confirmed they will not travel to Spain for the Europa League clash against Sevilla.

Spanish authorities have refused to let the Italian team’s plane land because of coronavirus concerns. 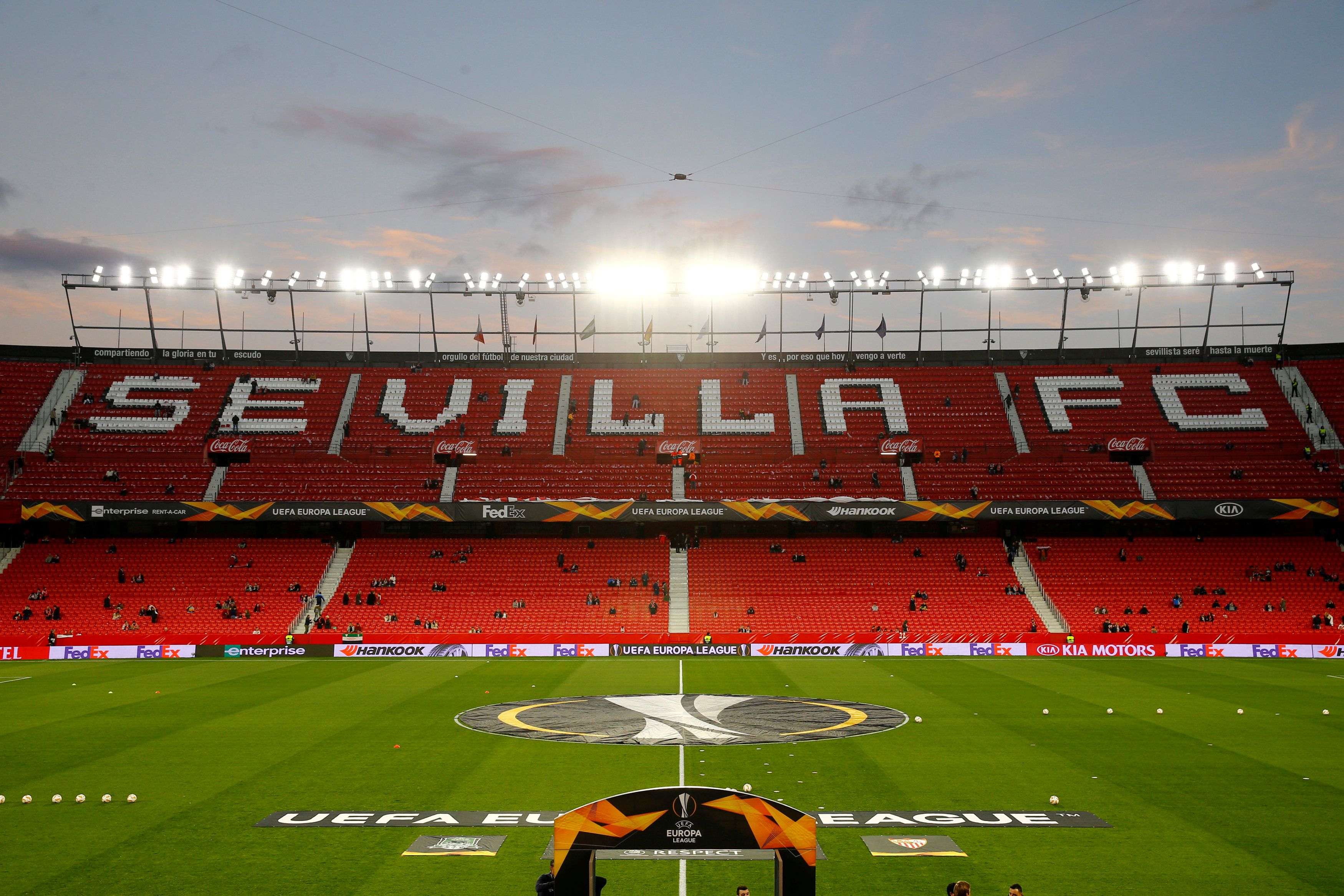 Sevilla were set to host Roma in the last-16 clashCredit: Reuters

The first leg of the Europa League tie was set to be played behind closed doors at the Ramon Sanchez Pizjuan Stadium.

On Tuesday, the Spanish government decided to refuse entry to planes from Italy in an attempt to stop the deadly virus spreading.

Uefa requested an exception on behalf of Roma – but it was rejected.

Roma announced on social media that the game will not be going ahead as planned.

A post from the Serie A side read: “Breaking news: #ASRoma will not travel to Spain for the @EuropaLeague match against @SevillaFC_ENG after the plane from Italy was not authorised to land in Spain.”

Italy has been the worst-hit nation aside from China and the entire country is now on complete lockdown.

All sporting events in Italy have been cancelled until April 3 at the earliest in an announcement made on Monday.

Inter Milan against Getafe ahs also fallen foul to the deadly outbreak and was postponed this afternoon.

Arsenal’s clash against Manchester City has been cancelled and the Gunners stars are in quarantine after they met a victim of the virus.

The international players’ union has also backed calls for a total shutdown of football in response to the coronavirus.