MANCHESTER CITY’S Carabao Cup victory ensured the race for European football hots up in the Premier League – with seven in the hunt.

Uefa rules mean the top four in the Premier League qualify for the Champions League and there are three Europa League spots up for grabs. 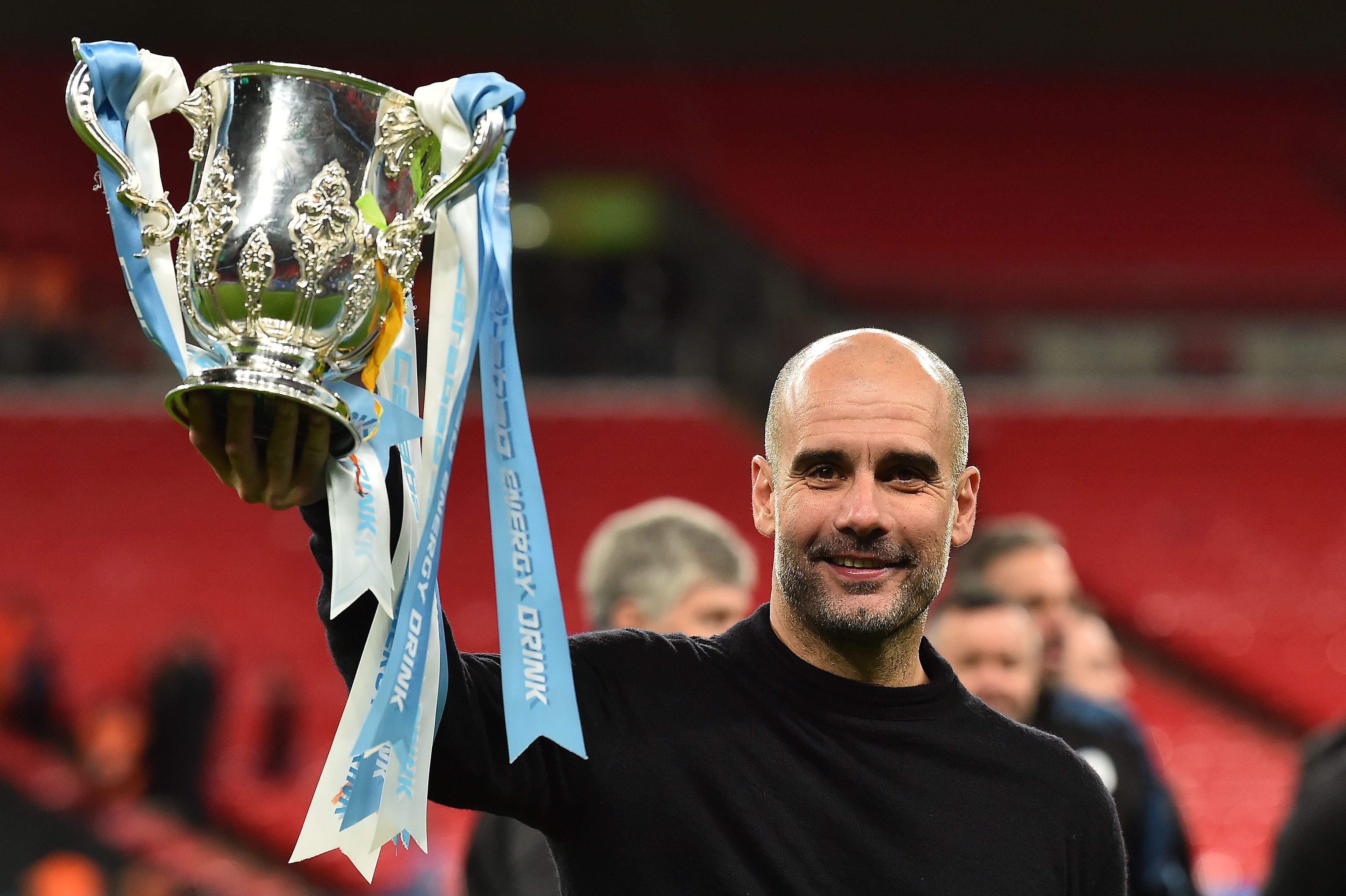 Manchester City won the Carabao Cup once again, opening up another Europa League spot from the Premier LeagueCredit: AFP or licensors

Those three are originally planned for the team that finishes fifth in the Prem, the League Cup winners and the FA Cup champs.

But with City winning their sixth domestic title out of seven and almost certain to finish within the top five, that opens up sixth for a Europa League spot.

Should one of those top six also win the FA Cup, therefore, seventh would be good enough for a European place.

However, add into the mix the fact that – as things stand – Manchester City are banned from Uefa competition for the next two seasons, and that would open up EIGHTH place for the Europa League play-offs.

City deny any wrongdoing despite being found guilty of breaching Financial Fair Play regulations and have launched their appeal to the Court of Arbitration for Sport.

If they are unsuccessful, though, and finish inside the top four, the team that finishes fifth would automatically qualify for the Champions League.

As things stand, with the City ban upheld and the FA Cup winners yet to be decided, Liverpool, Leicester, Chelsea and Manchester United would be the four English representatives at Europe’s top table in 2020/21.

Chelsea are fourth on 45 points, three clear of Manchester United in fifth.

The Red Devils are level on points with Wolves in sixth – who would qualify for the Europa League – and two clear of Tottenham and Sheffield United on 40.

Spurs’ goal difference is three better than the Blades’ which would mean they get into the Europa League and leave Chris Wilder relying on his side or one of the other top seven winning the FA Cup.

Burnley are ninth on 38, with Arsenal and Everton level on 37 and still in the running with European aspirations – Arsenal.

Arsenal, Manchester City, Sheffield United and relegation-threatened Aston Villa have 11 games to play due to the Carabao Cup final at the weekend – the rest have ten.

However, even if they do not finish inside the top five, Wolves and United could get into the Champions League via the backdoor route.

The Europa League winners are granted a free pass into the Champions League for the following season, regardless of their league position, and both Wolves and United will fancy their chances of going the distance. 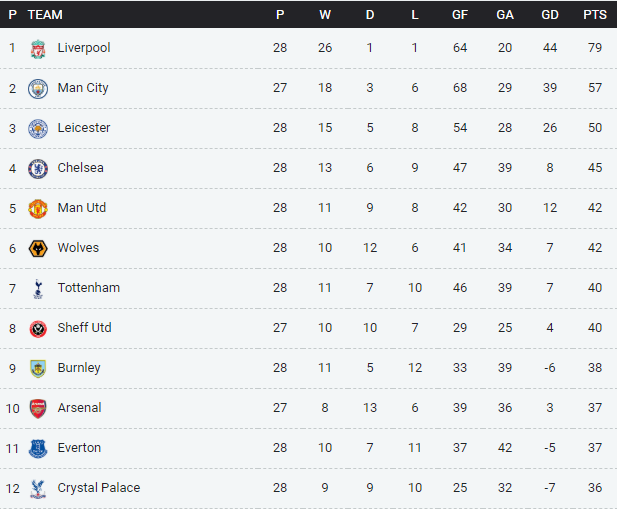