FORMER Playboy model Anamaria Prodan has made good on her promise of buying FC Hermannstadt after being confirmed as the new owner of the Romanian side.

SunSport recently reported how the 47-year-old was interested in buying the club after she stated her intention of purchasing a football team. 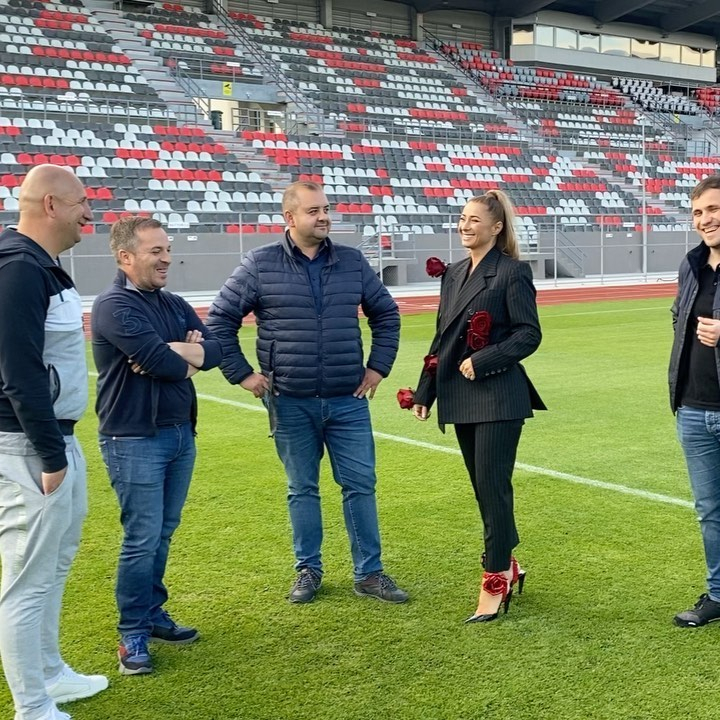 Stunning Anamaria Prodan has been announced as the new manager of Romanian outfit FC HermannstadtCredit: Instagram

Prodan – a football agent who represented ex-Chelsea striker Adrian Mutu – wore a smart pinstripe suit as she was presented as Hermannstadt’s owner.

A statement from on the club’s Facebook page said: “We come with breaking information and good news for all that AFC Hermannstadt and Sibian football means!

“A few moments ago, FCH financiers reached an understanding with the Reghecampf family, who will be involved in our club both financially and sports.

“FCH thus enters a new stage at administrative level, in which important long-term investments are announced.

“We now have a new breath, which gives the club extra value!

“We are happy to see Mrs. Anamaria Prodan Reghecampf as an investor in our project! Sibiu has football!”

According to RT, Prodan – who has been married to former Romania international Laurentiu Reghecampf since 2008 – will now pay off the club’s debts of £630,000.

Her first game as owner will come away at Sepsi OSK Sfantu Gheorghe on June 13.

Hermannstadt were only founded in 2015, but after three consecutive promotions, they joined the top-flight in 2018, where they finished their first season in 10th spot.

Prodan – dubbed as “the world’s hottest football agent” – boasts a whopping 653,000 followers on Instagram where her fans are regularly updated of her lifestyle. 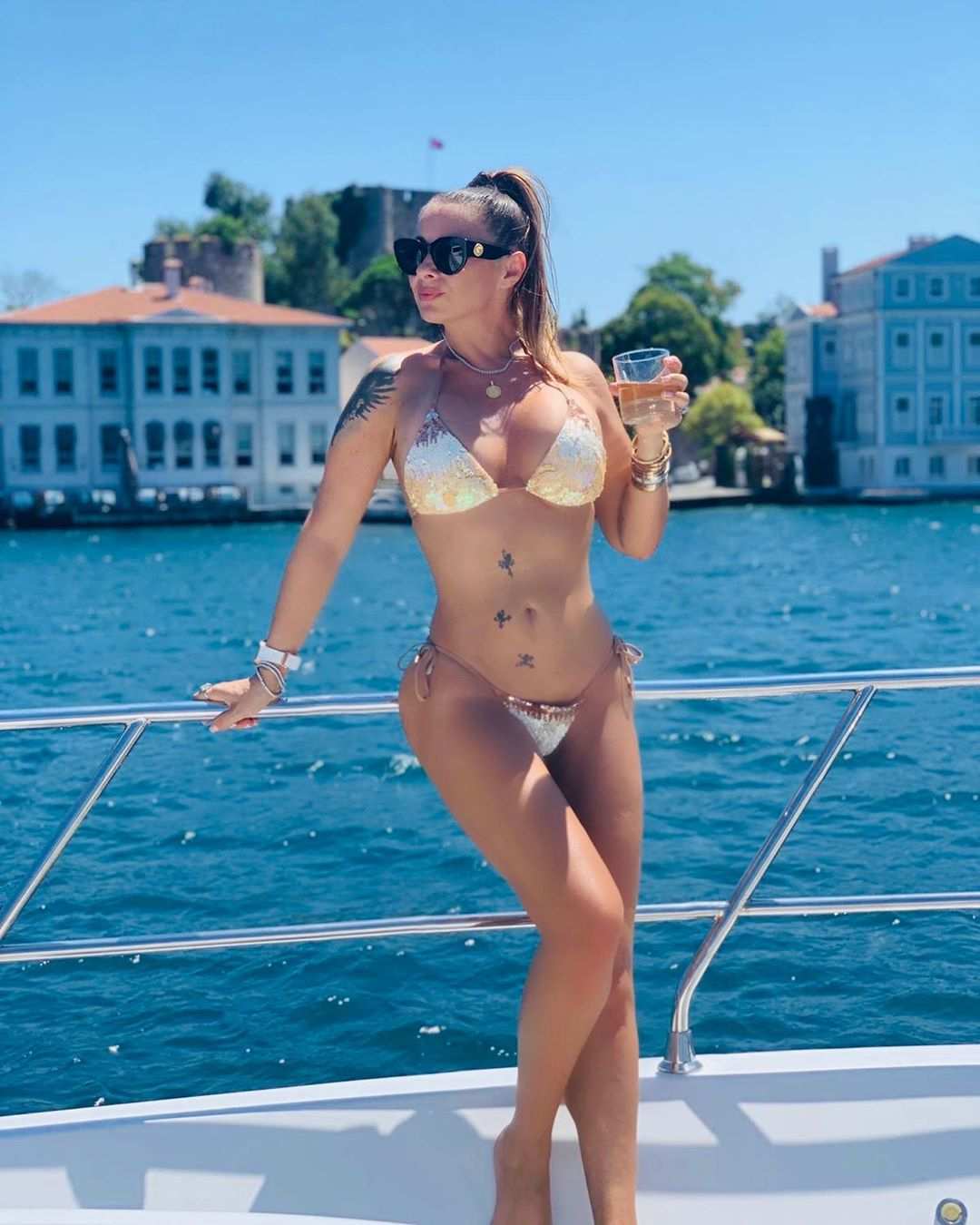 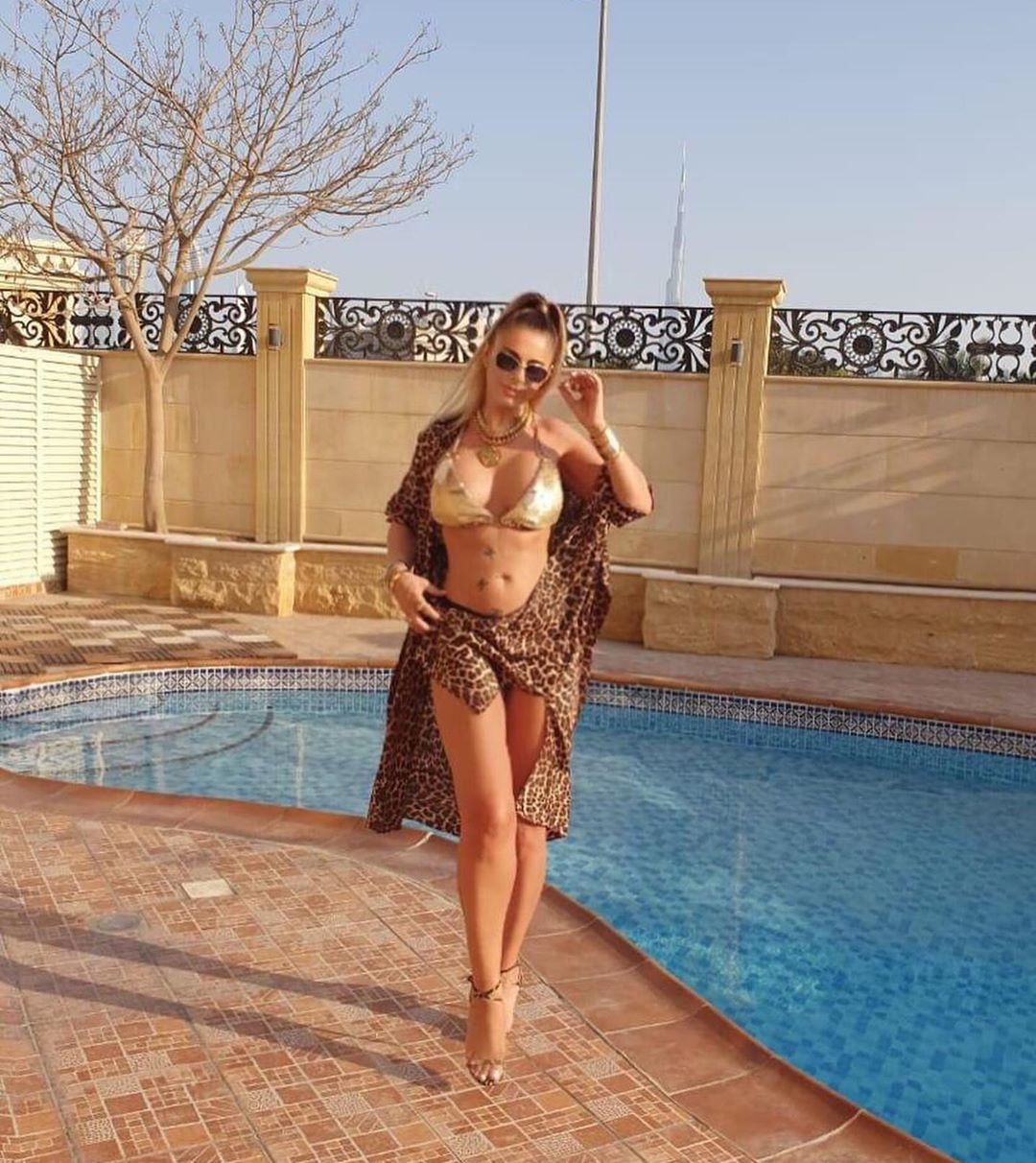 Prodan has been married to Romania international Laurentiu Reghecampf since 2008

In 2016, she helped broker the transfer of Nicolae Stanciu from Steaua Bucharest to Anderlecht for almost £9million – making him the most expensive Romanian export of all-time.

According to the Daily Star, Prodan last posed for Playboy 12 years ago but recently suggested she wanted to do so again by captioning a typically risque photo: “No one can stop me.”

Asked about posing in adult magazines, she said: “I see nothing wrong with modelling for adult magazines and I would even let my daughter do it if they wanted to.”