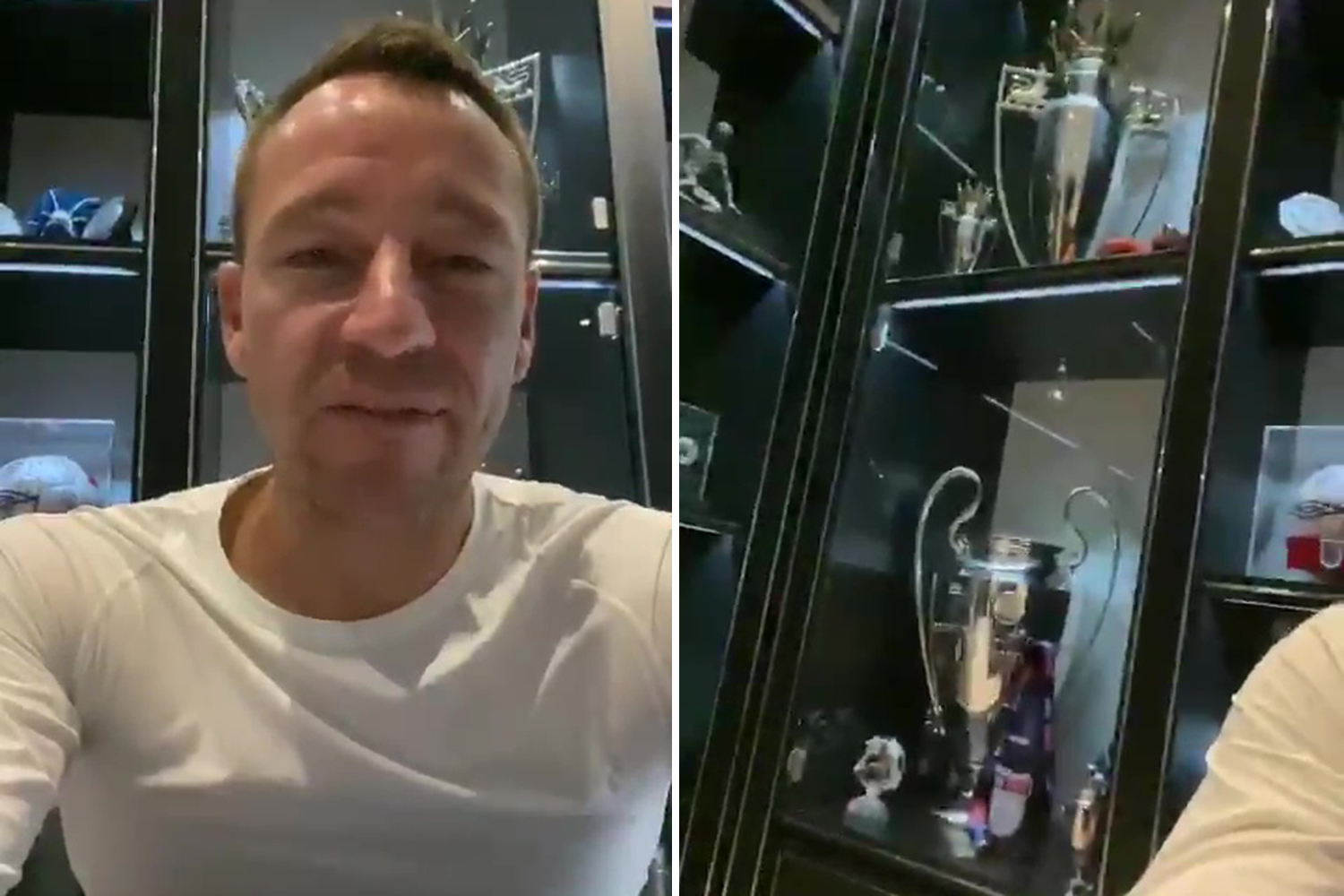 But he used the video message to tease his pal over Spurs’ trophy cabinet, by showing his own jam-packed collection.

“A big thanks mate for everything you do for me, personally and professionally. Top fella.

“Probably the only down side to it is that you’re Spurs, which is unfortunate for you actually.

“But thinking of what could I get you, it was difficult for me to think.”

At this point in the video the former Chelsea captain points his camera towards a cabinet containing replicas of the Premier League and Champions League trophies.

“See the one at the top [Premier League trophy]?” he continued. “You nearly won that and we stopped you at the Bridge that year.

“Do you remember that mate? When we stopped Spurs at Stamford Bridge and should have had about seven men sent off?

“I mean the bottom one [Champions League trophy], let’s not even go there mate but yeah that Premier League one must hurt mate.”

Terry is of course referring to the infamous Battle of the Bridge in 2016, which saw a 2-2 draw between Chelsea and title-chasing Spurs hand Leicester City the Premier League.

There were 12 yellow cards in total and both clubs were fined in the aftermath for failing to control their players.

“One day mate, one day,” Terry added. “Probably not in your lifetime but one day. Happy birthday mate, sorry.”

Despite coming close to the Premier League in 2015-16, and again the following season, Spurs are without a league title since 1961 and lost to Liverpool in last season’s Champions League final.

Their last trophy came in 2008 when Juan Ramos’ side lifted the League Cup – after a 2-1 win over Chelsea.