ENGLAND ace Callum Hudson-Odoi today said police will take no further action over a rape allegation made against him last month.

The 19-year-old Chelsea star was arrested and questioned last month having invited a glamour model to his flat during the coronavirus lockdown. 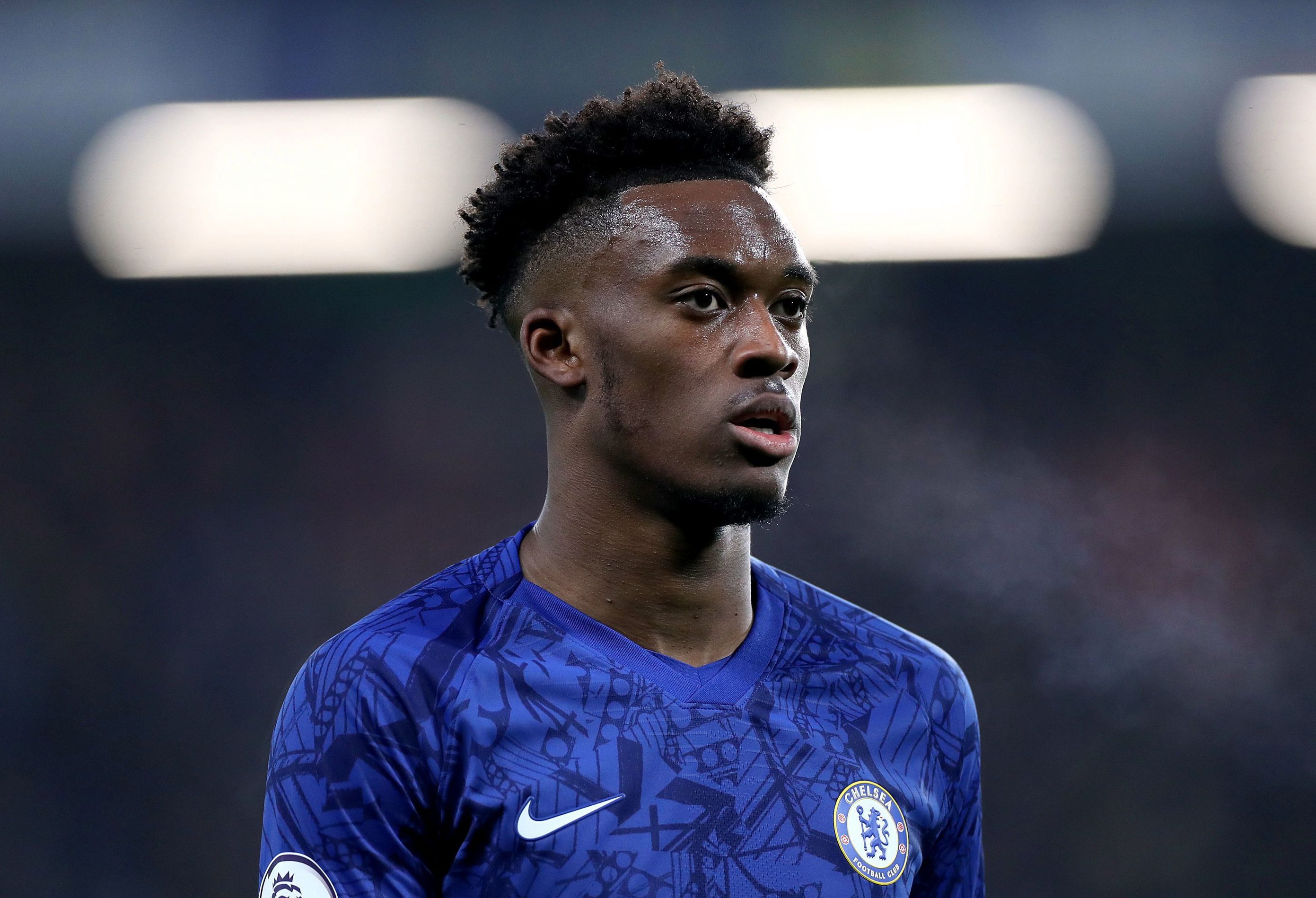 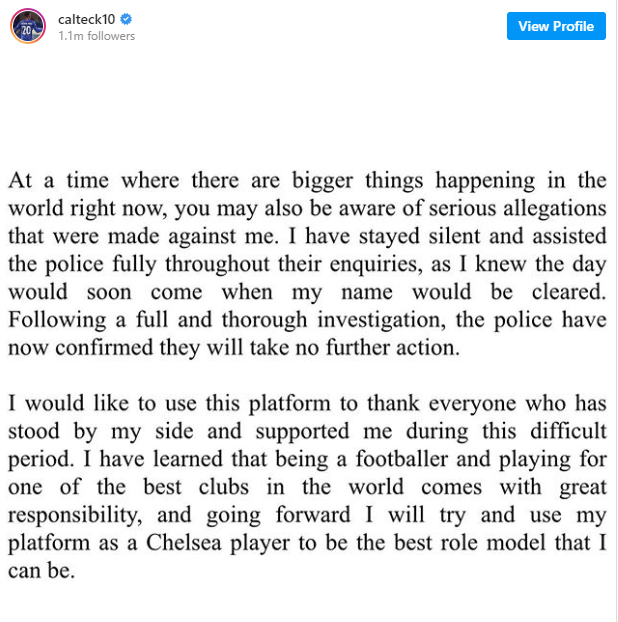 Police have told the Blues ace that no further action will be taken.

In a statement released this afternoon, Met Police officials said: “A man arrested on Sunday, May 17 following an allegation of rape made at Palmer Road, SW11 has been released with no further action.
“The incident is therefore no longer being investigated by police.”

The footballer was arrested in the early hours of the morning after meeting a woman online.

‘I KNEW MY NAME WOULD BE CLEARED’

He took to Instagram today to write:”I have stayed silent and assisted the police fully throughout their enquiries, as I knew the day would soon come when my name would be cleared.

“Following a full and thorough investigation, the police have now confirmed they will take no further action.

“I would like to use this platform to thank everyone who has stood by my side and supported me during this difficult period.

“I have learned that being a footballer and playing for one of the best clubs in the world comes with great responsibility, and going forward I will try to use my platform as a Chelsea player to be the best role model that I can be.”

Hudson-Odoi has been described as “a world-class player” by Chelsea manager Frank Lampard.

There has been no action in the English top flight since early March, with all sport put on hold as a result of the Covid-19 crisis.

But the Premier League is now gearing up to return, with all 20 clubs welcoming their squads back to full contact training.

‘Project Restart’ was initially planned for June 12, but clubs voted on Wednesday, June 17 for the season to resume – subject to meeting all safety requirements.

Aston Villa will host Sheffield United on that date, while Manchester City will welcome Arsenal.