GETAFE are willing to forfeit their Europa League match with Inter Milan over coronavirus fears.

The LaLiga side drew the San Siro giants in the last 16 with the first leg due to take place in Milan on Thursday. 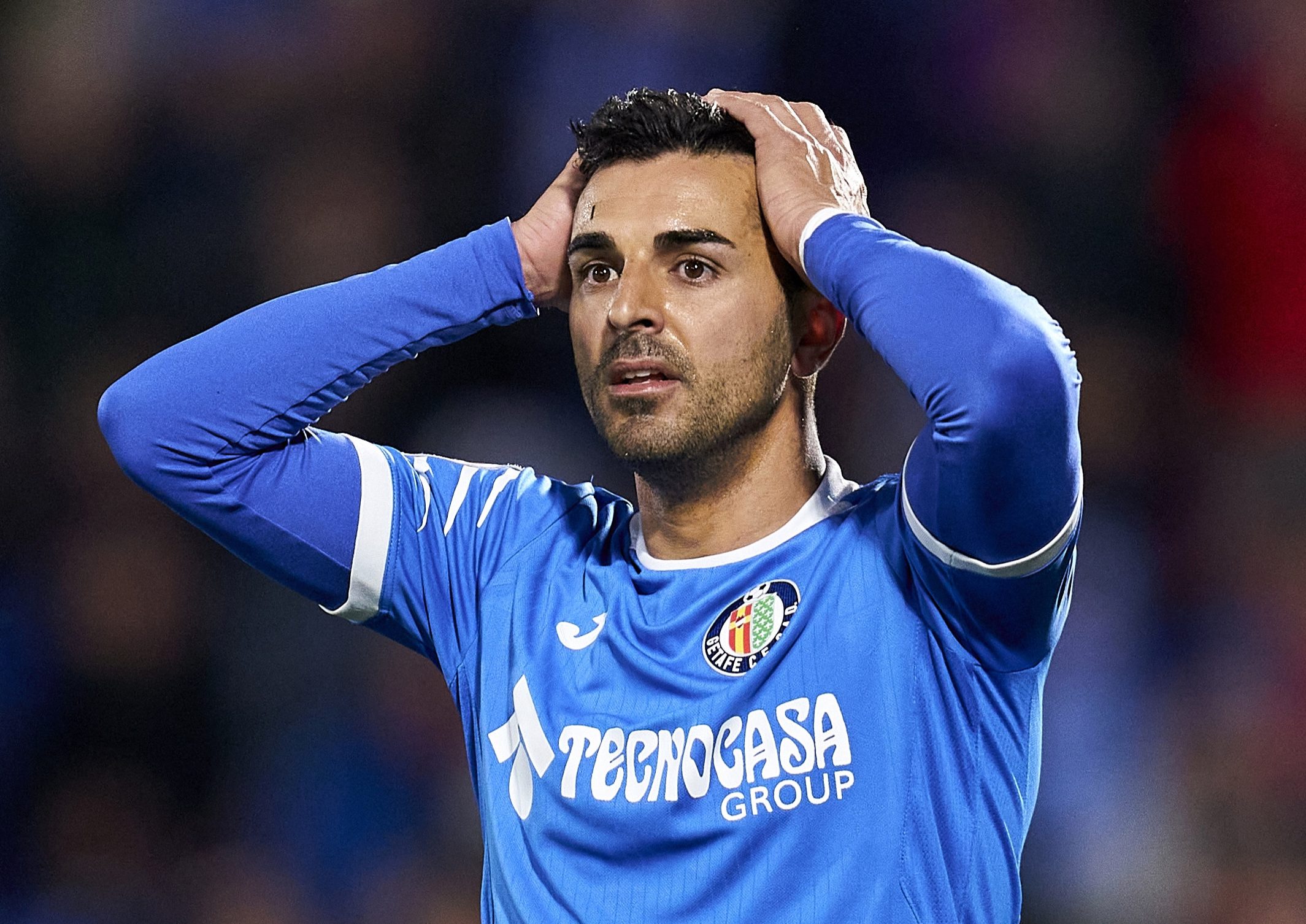 Getafe are refusing to travel to Milan to face Inter in the Europa League due to the coronavirus outbreak in ItalyCredit: Getty Images – Getty

But with the Italian city one of the most affected by Covid-19, Getafe’s president is unwilling to risk sending his players to the game.

So much so, he ordered Uefa to move the match to a different location – or else the Spanish club would simply not play the match even if it means getting knocked out of the tournament.

Angel Torres told radio show El Transistor: “Unless there’s a drastic change in this situation, Getafe will not be making the trip to Italy.

“We’ve asked Uefa to come up with an alternative, whether it is to postpone the game or play the game somewhere else.

“We don’t want to visit one of the cities where the coronavirus is a real problem, we have no need.

“We have also asked the Spanish Federation for their help, to see if they can demand the match to be postponed.

“If we have to lose the tie, so be it. I will not be assuming such a big risk.

“We are really eager to make an impact in the competition, but if we need to lose the tie so they can grow a conscience, so be it.”

Torres added that he would have to be out of his mind to consider entering Italy, let alone Milan.

Italy’s death toll from coronavirus jumped to 631 on Tuesday night with the number of total cases rising to almost 10,000 affecting all 20 regions.

New quarantine measures have been put in place across parts of northern Italy until April 3.

The government has restricted travel and says only those with a serious work or family reason that cannot be postponed will be allowed in or out of the quarantine zone.

Like many Europa League games including Manchester United’s match at LASK, Inter vs Getafe is scheduled to take place behind closed doors.

Inter’s previous game was played in an empty stadium as they lost to Juventus on Sunday.

Nuno Espirito Santo and his Wolves players will not conduct press conferences at Olympiacos and are doing everything they can to protect employees.

Matches in Italy, Japan, Switzerland and China have already been cancelled with plenty more to be staged without fans.

Arsenal’s game at Manchester City was cancelled in the early hours of Wednesday morning but Brighton confirmed their game with the Gunners is set to go ahead as planned on Saturday.

That news came after Olympiacos and Nottingham Forest owner Evangelos Marinakis confirmed he had contracted Covid-19 and visited the Emirates for the Europa League clash on February 27.

A number of Arsenal players and staff will remain at their homes until the 14-day period is completed and so are set to return to training on Friday.

None of them are currently showing any symptoms of coronavirus – which has so far killed six in the UK. 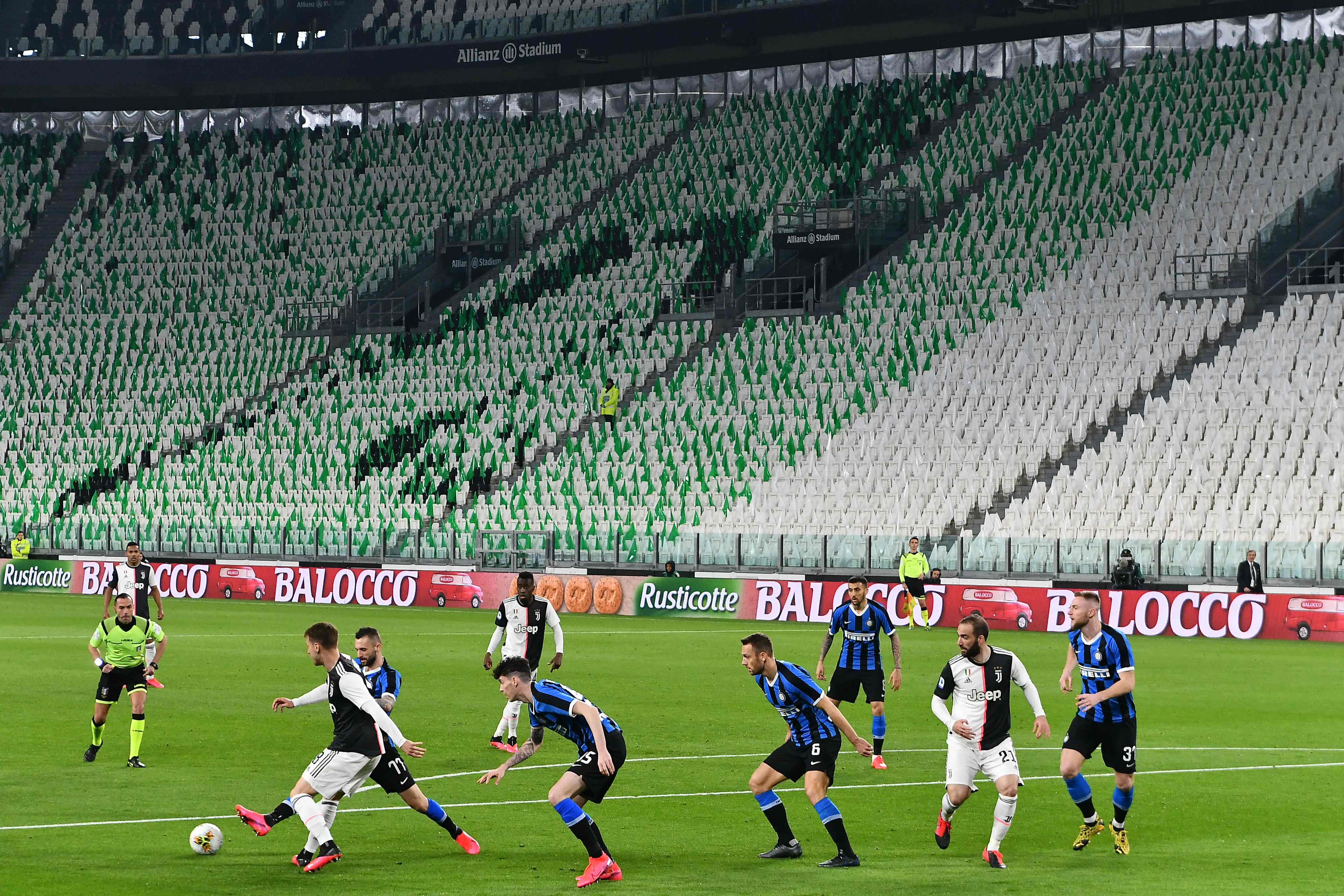 Inter lost to Juventus in an empty stadium on Sunday as Serie A cranked down on matchesCredit: AFP or licensors