FURIOUS Barcelona players were involved in a heated row with manager Quique Setien after the draw with Celta Vigo, according to reports in Spain.

Barca stars were said to be unimpressed with several Setien decisions in the 2-2 draw – including the introduction of Antoine Griezmann and Arthur Melo in the second half. 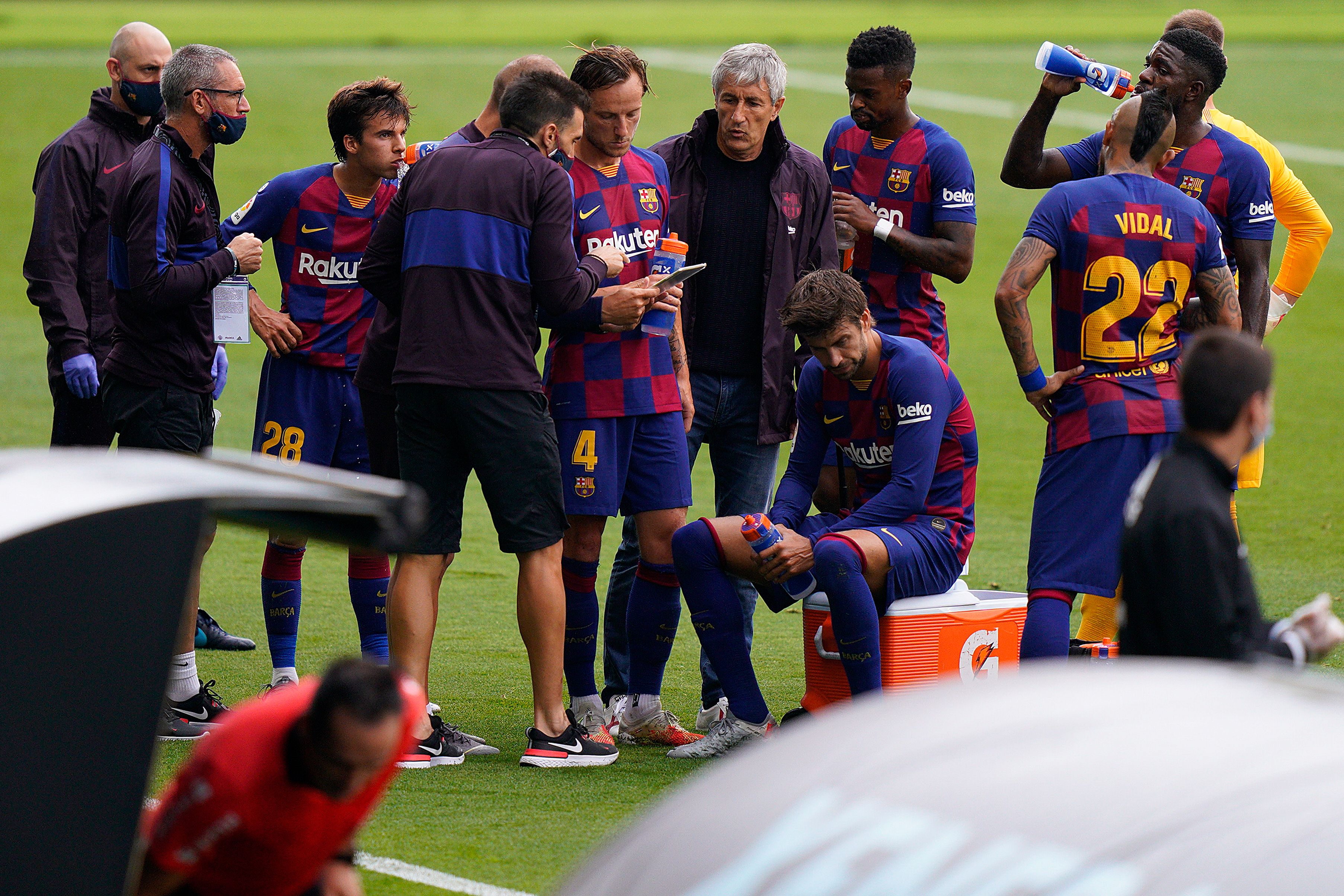 Barcelona players are said to have been involved in a heated arguement with Quique SetienCredit: AFP OR LICENSORS

Spanish newspaper Marca claims Setien, 61, has ‘lost the confidence of the dressing room’ with the side losing ground in the title race since returning from lockdown.

Speaking after the game, a clearly disgruntled Luis Suarez said “It’s up to the coaches to analyse it,” when he was asked why the team’s away form is so poor.

Stars have also complained of feeling their time is being ‘wasted’ during training sessions, such is the discord between players and coaches.

Barcelona entered lockdown top of the league, but have drawn two of five games since returning – with all but one of their three wins convincing.

Rivals Real Madrid have been in sensational form since the return to action, winning four in a row, and have the chance to go top of LaLiga on Sunday night.

Barca president Josep Maria Bartomeu is now said to be considering Setien’s future, despite only appointing him in January.

Setien’s future at the club was believed to be dependent on him winning the league. 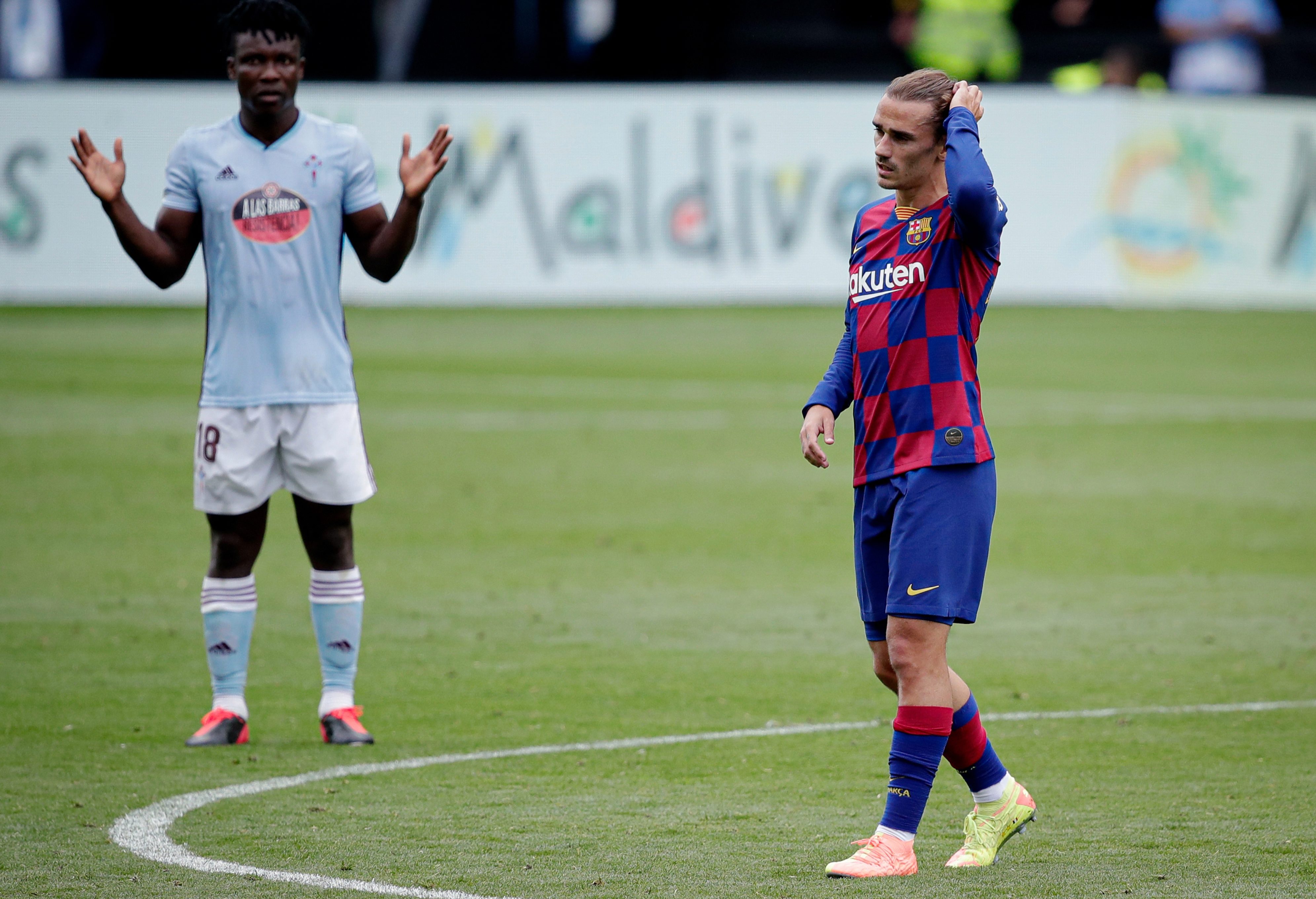 Players were said to be unhappy at the introduction of Antoine GriezmannCredit: Getty Images – Getty

But the report says that Setien will only be at the Nou Camp next season if he delivers the Champions League.

Setien said at full-time: “We shouldn’t have got into that situation because we were much the better team in the first half.

“We had to have gone in at the break with a more comfortable scoreline. I think [football is unfair].

“We’re not in that moment of clarity. For example, it seems incredible that Gerard [Pique]’s [header] didn’t go in.

“Barcelona did a lot of things well. It had to have been a more comfortable game. We definitely lack conviction to turn our play into goals.

“The superiority we had in the first half was enough to have won the match and gone into [the second half] with more relaxation.

“We’re finding it difficult. Scoring is sometimes a question of luck.”