ENGLAND’S Dele Alli was battered by knife-wielding robbers who burst in as the ace played pool with his girlfriend and brother.

Cops were tonight hunting for the thugs who escaped with watches and jewellery worth thousands of pounds from the star’s £2million home. 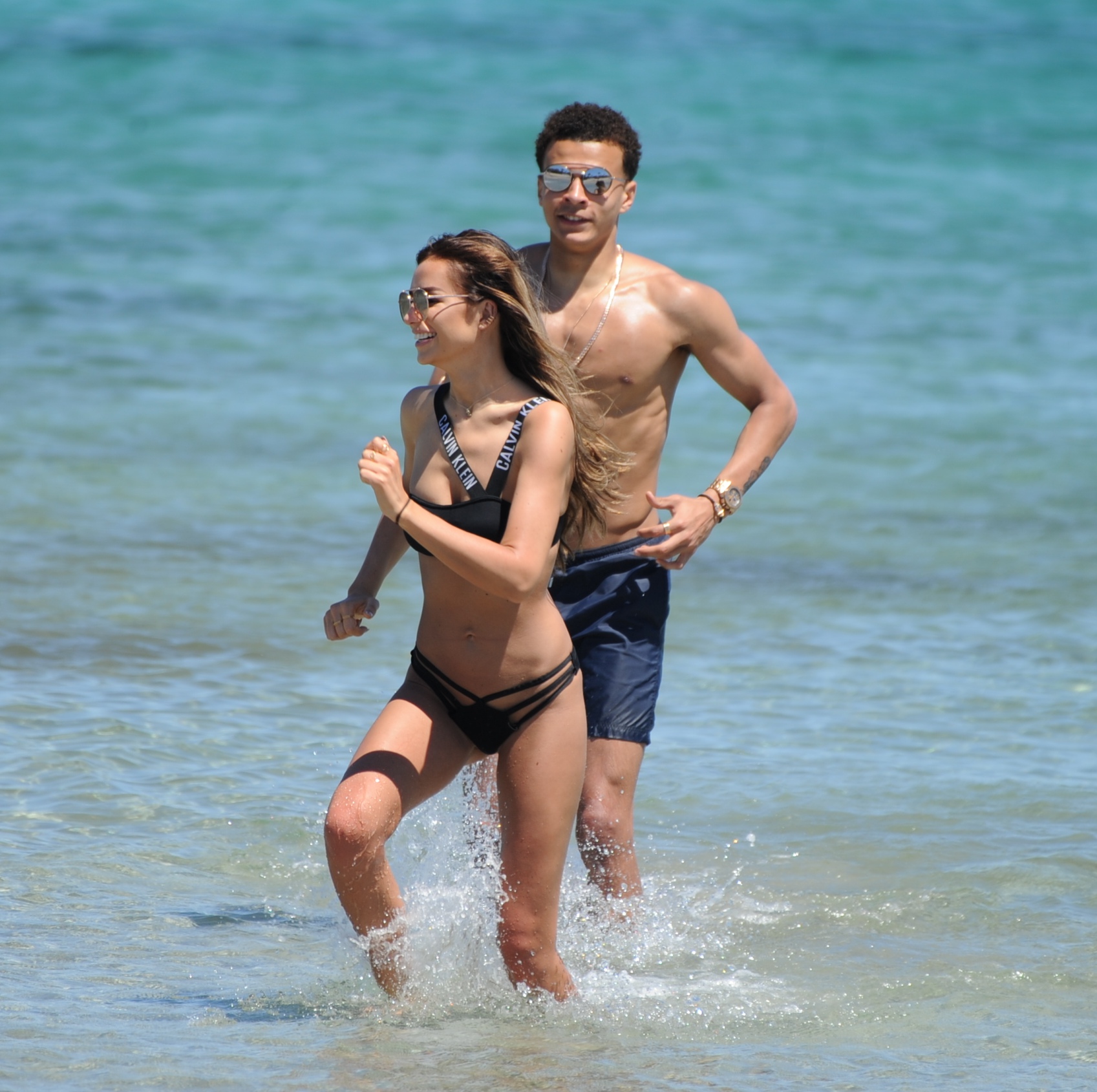 Dele Alli has been isolating with girlfriend Ruby Mae during lockdownCredit: Splash News 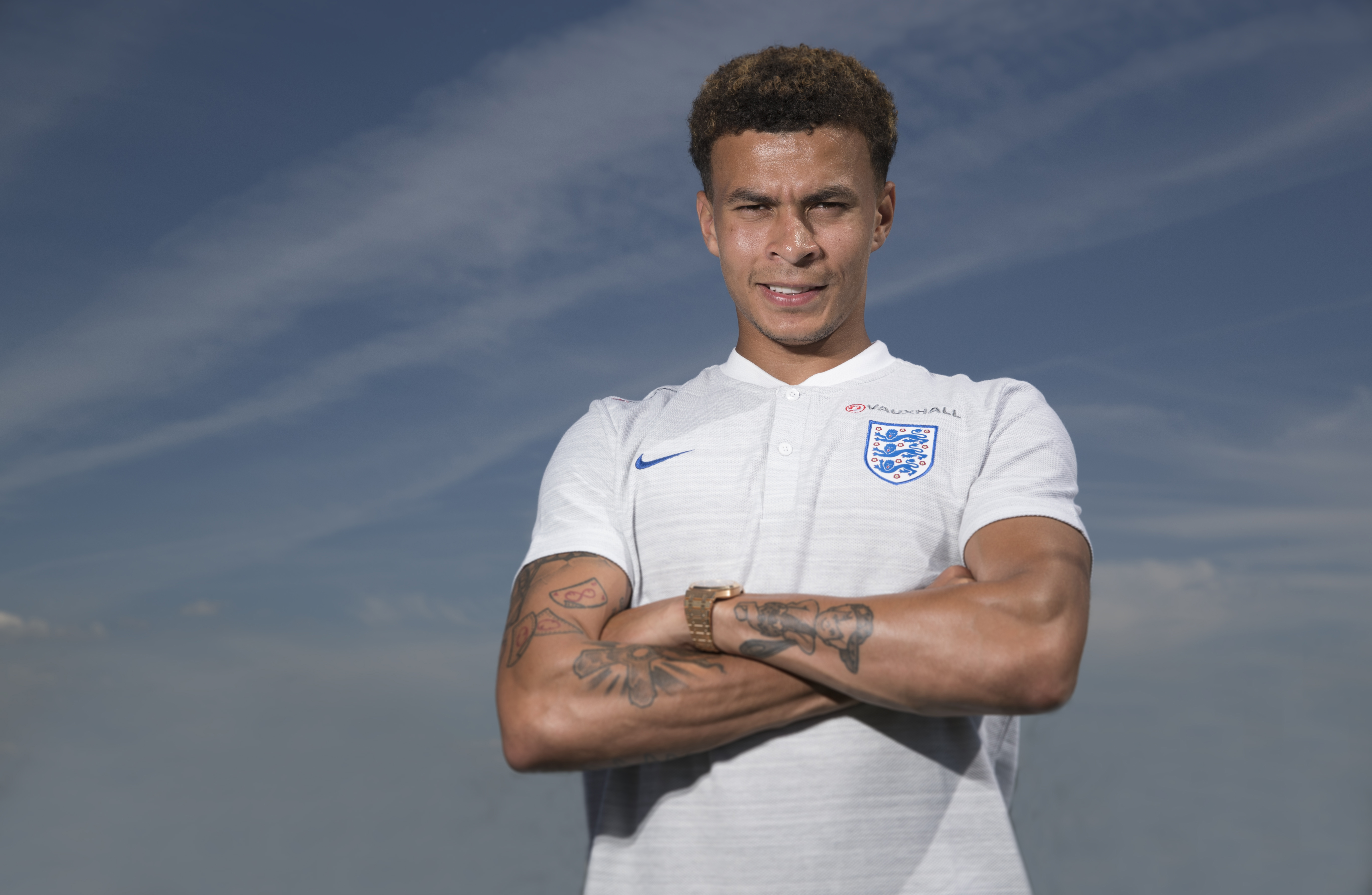 Spurs midfielder Alli, 24, was punched in the mouth until he gave over valuables including expensive watchesCredit: News Group Newspapers Ltd 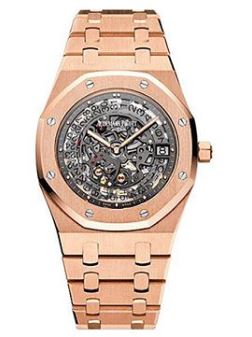 One of the star’s pricey watches, which were targeted in the raid

Dele, 24, was in a downstairs room with long-time partner Ruby Mae, his adopted brother Harry, Harry’s girlfriend and another male friend when the masked bandits burst in at 12.30am this morning.

They punched the Spurs midfielder in the mouth and assaulted another man after demanding the frightened group hand over valuables.

One suspect then ran upstairs and ransacked several of the star’s bedrooms.

A source told The Sun tonight: “The group have all been left extremely shaken.

“Dele was still awake and playing pool with the others when the raiders got into the property.

“It all kicked off downstairs and Dele was punched in the mouth by one of the two masked robbers. 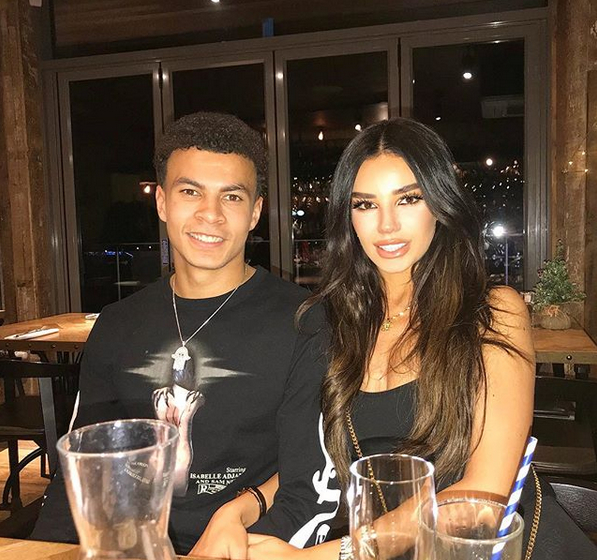 “One of Dele’s friends tried to have a go back. He was also beaten.

“After stealing two expensive watches from Dele, one of the robbers prowled the upstairs and some items of jewellery were taken.”

Tonight the Spurs star took to Twitter to reassure fans following the news.

He wrote: “Thank you for all the messages. Horrible experience but we’re all okay now. Appreciate the support.”

Dele and his injured friend did not require hospital treatment.

But sources confirmed they were understandably traumatised by the shocking late-night robbery.

Another source close to Dele said: “It was a terrifying ordeal to go through.

“The two men who broke in had knives.

“They grabbed items and they demanded that Dele handed stuff over.

“The police were called and spent several hours there collecting statements and CCTV from the property.”

It all kicked off and Dele was hit in the mouth by one of the robbers.

Police believe the £150,000-a-week player could have been deliberately targeted by the robbers. Officers stayed at the house until nearly daybreak yesterday after the armed raid.

Teams were scouring footage from Dele’s outside cameras in the hunt for clues.

The Hertfordshire property is near the M25 and it is feared the pair would have left the area extremely quickly — especially with so little traffic around during lockdown.

Dele has been isolating at the gated home with Ruby and their three friends — including adopted brother Harry. The pair are said to be extremely close and Harry also acts as Dele’s agent.

The Met Police said: “Police were called at approximately 00:35hrs on Wednesday, May 13 to reports of a robbery at a residential address.

“Two males gained entry to the property and stole items of jewellery, including watches, before fleeing.

Thank you for all the messages. Horrible experience but we’re all okay now. Appreciate the support. 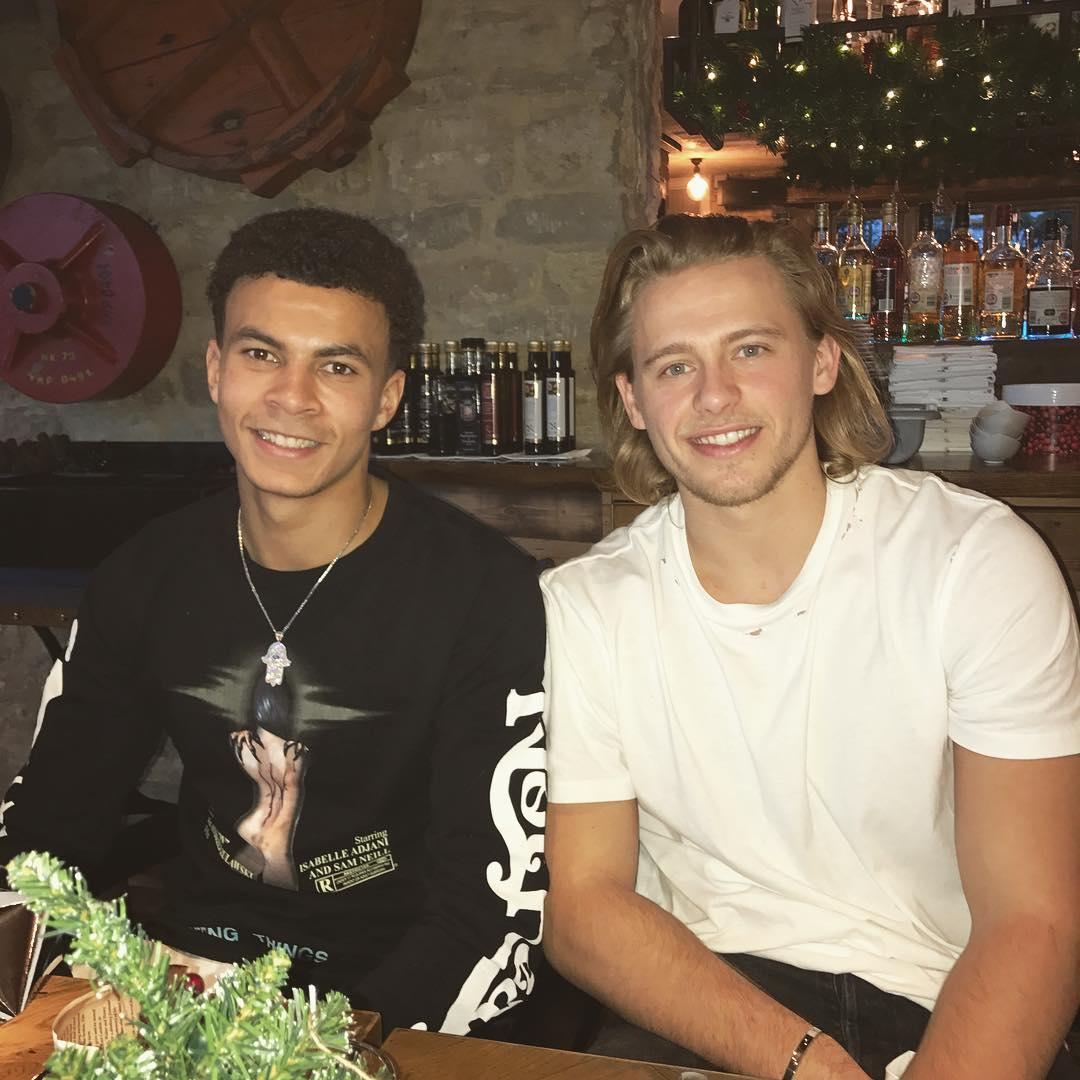 Dele, 24, was in a downstairs room with his adopted brother, Harry, when robbers burst inCredit: Instagram @Dele 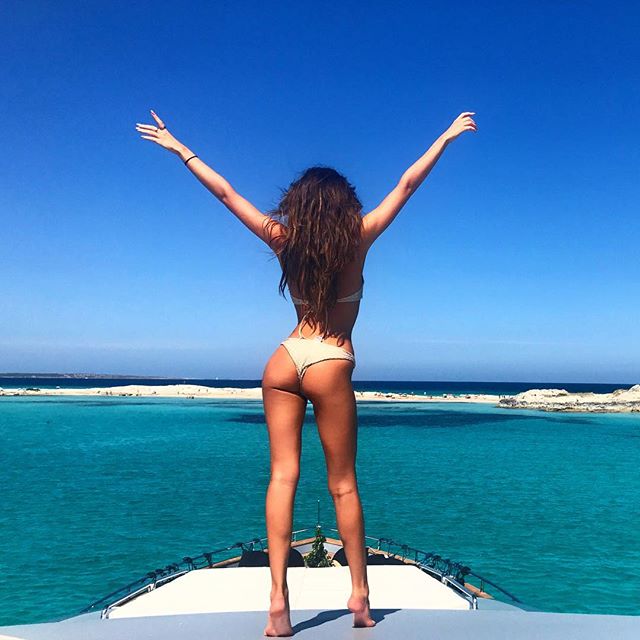 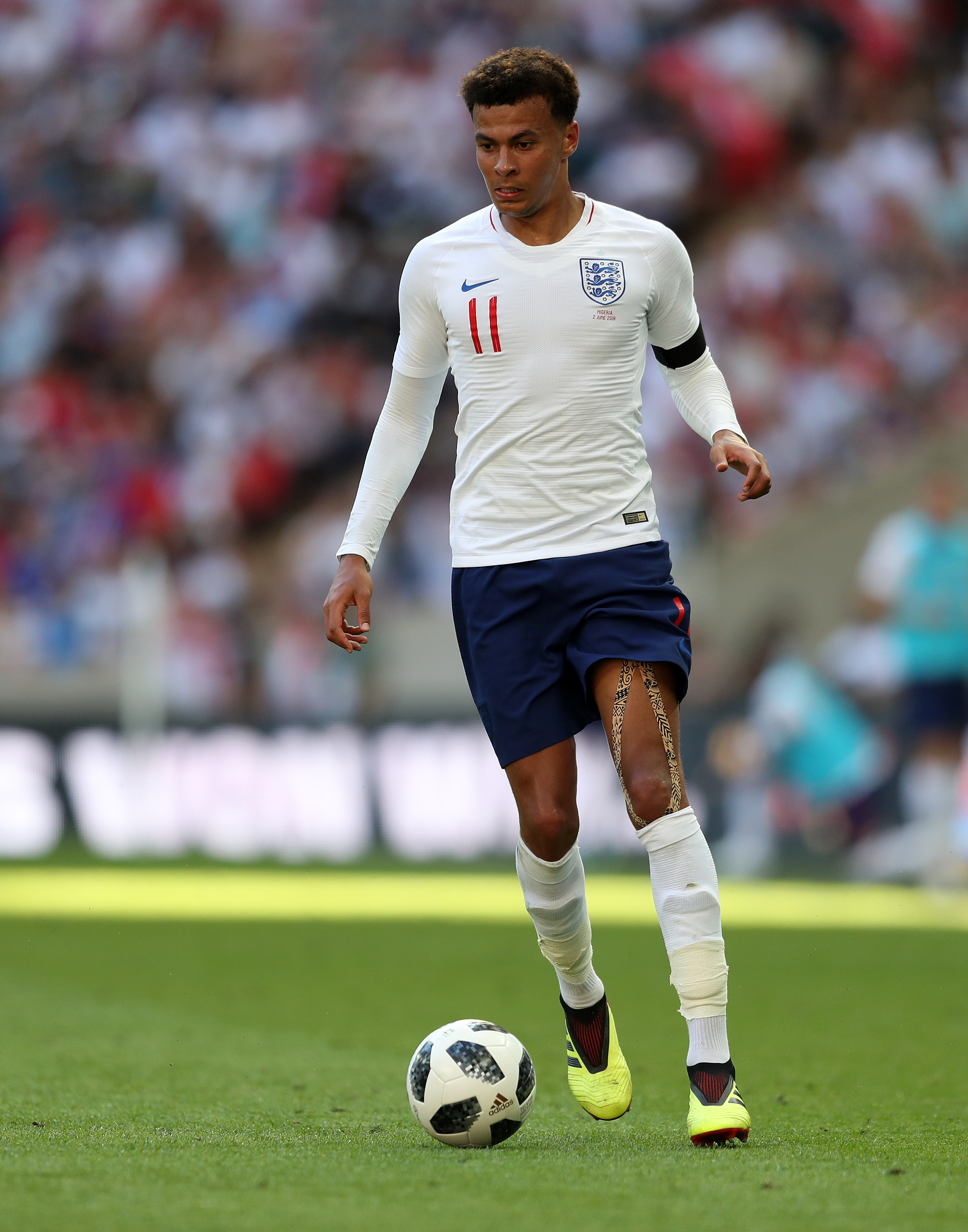 “Two male occupants at the property suffered minor facial injuries after being assaulted.

“They did not require hospital treatment. There have been no arrests. Enquiries into the circumstances continue.”

The gang terrified his wife and young family while the Belgian defender was playing in a Champions League fixture in Germany with ­Tottenham.

Aces are the target of raiders

DELE Alli is the most recent football figure to be robbed or burgled.

More than £1million in valuables was stolen from the London home of the late Leicester City owner Vichai Srivaddhanaprabha.

Burglars got away with £60,000 of jewellery and watches from the house of Chelsea boss Frank Lampard.

Former England defender Ashley Cole, 39, was attacked by robbers before they made off with jewellery.

In January, at least £500,000 of valuables were stolen from Crystal Palace defender Mamadou Sakho, 30.

Dele was adopted by Harry’s family, the Hickmans, and the brothers started out together as amateur footballers.

A source said: “They are brothers and you could not get any two siblings who are closer. They have been locked up in isolation with their partners and another friend during lockdown.

“This was the last thing that any of them expected to happen.
“The watches and jewellery were obviously worth many thousands of pounds.

“But they also had a sentimental value and can’t be replaced in that sense.” The source said security at the house would be reinforced.

Break-ins at the homes of mega-rich Premier League stars have become commonplace in recent years.

Many aces have been forced to seal off access and bolster camera networks.

Yet crime has plunged by more than a third in the capital during lockdown.

The house where Dele lives is close to the motorway network and the source said: “Unfortunately the robbers could have come from anywhere. Nobody knows whether Dele was specifically targeted or fell victim to robbers casing houses in the area.

“But it is concerning that this comes after Jan’s family home was robbed and it raises worrying questions.”
Dele’s official spokeswoman would not comment on the incident. 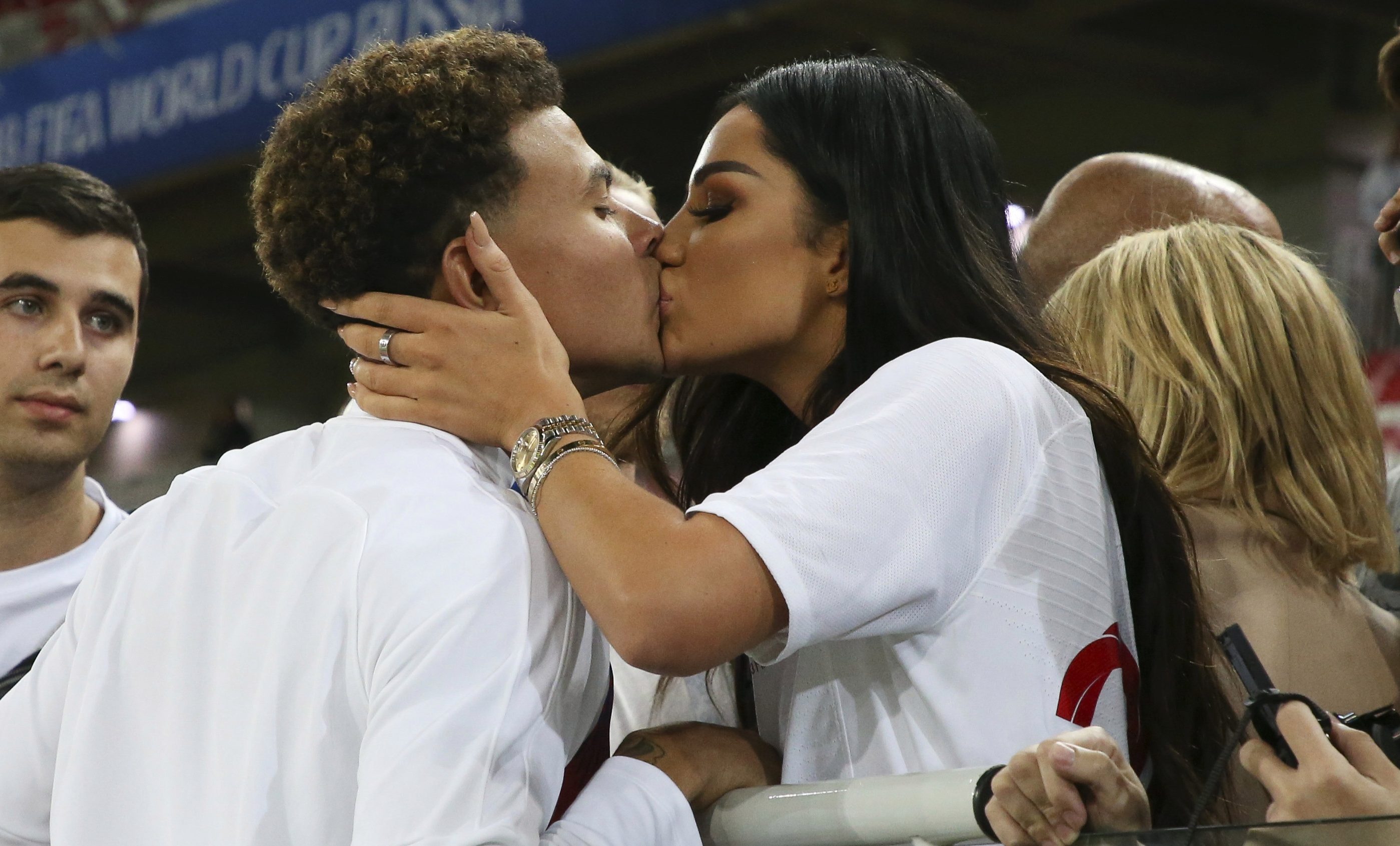 It is understood the valuable watches taken from Dele were a Richard Mille and Audemar PiguetCredit: Getty – Contributor