CHELSEA have been offered the chance to sign Ajax left-back Nicolas Tagliafico for just £22.4million this summer.

The Telegraph claim Frank Lampard has eyed a move for Ben Chilwell but Leicester City have slapped a £40m price-tag on the England ace. 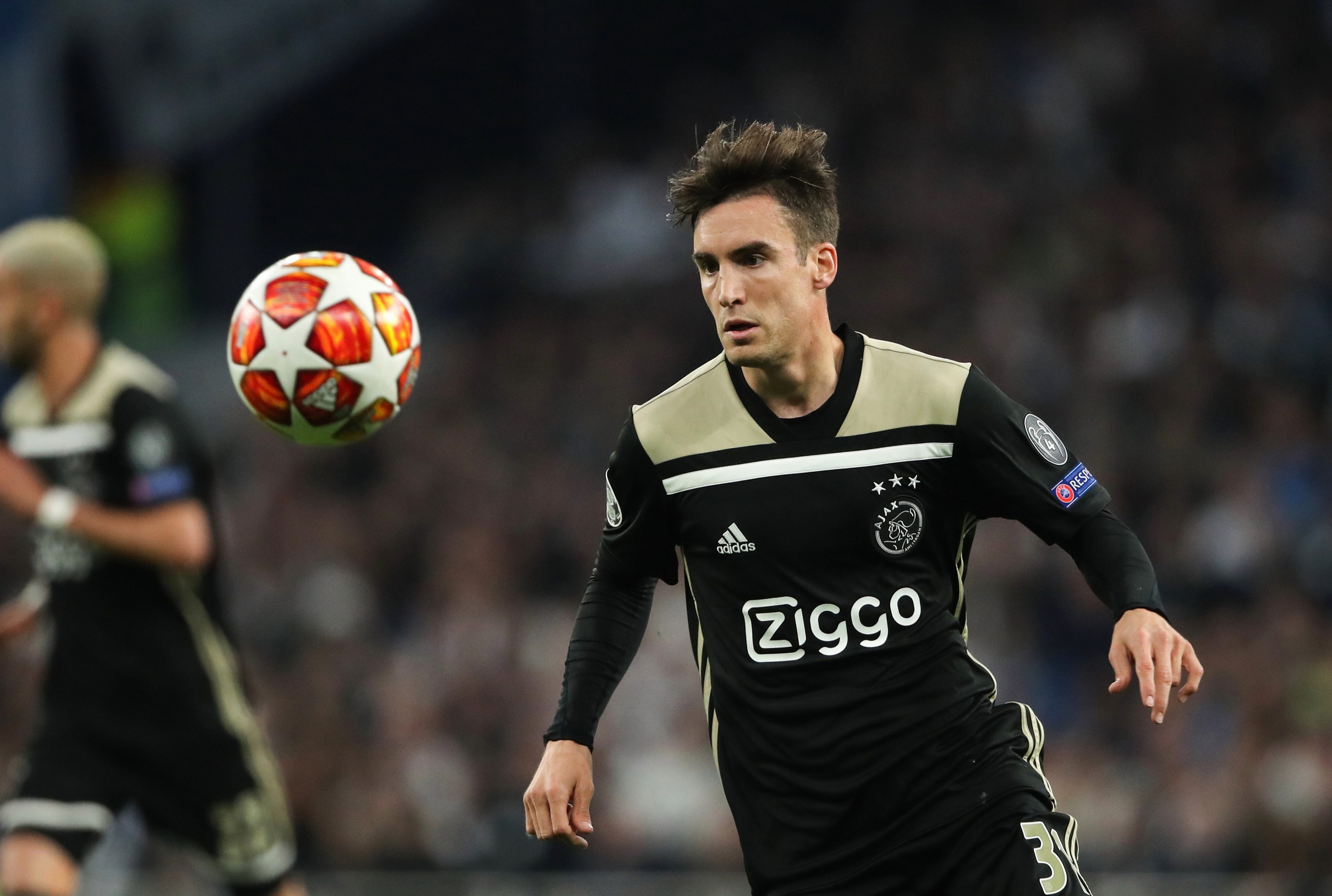 The report adds that Chelsea have been made aware of Tagliafico’s relatively low fee and the fact that the Argentine is keen on a move to England.

The Blues have already developed a strong relationship with Ajax following the £37m deal to bring Hakim Ziyech to Stamford Bridge this summer.

Tagliafico has evolved into one of Europe’s best left-backs since arriving at the Johan Cruyff Arena in 2018 and the Blues made checks on him before the suspension of football.

We have agreed with Ajax that he would leave this year. If football goes back to being normal, a transfer could be done for Tagliafico.

The 27-year-old shone in Ajax’s run to the semi-finals of the Champions League last year but now it seems he is ready to move on to pastures new.

As quoted by the Evening Standard, the defender’s agent Ricardo Schlieper said: “We are looking for a transfer for Tagliafico.

“We have agreed with Ajax that he would leave this year. After having spent two-and-a-half seasons at the club, it’s the ideal moment for it.

“If football goes back to being normal, a transfer could be done for Tagliafico.

“There are clubs that are interested but we have to see how everything pans out with football and the pandemic.

“I will never mention a name of the club we are speaking with because it hurts the negotiations for us and the player.”

SunSport revealed that Arsenal had re-entered the race with rivals Chelsea for Tagliafico’s signature following up from their interest in him last summer.

Last year the Gunners were keen on the Ajax star but the Dutch giants weren’t keen on losing another valuable asset after the exits of Matthijs de Ligt to Juventus and Frenkie De Jong to Barcelona.

Despite eventually signing Kieran Tierney, Arsenal are now thought to be keen on another left-back this summer, to allow Bukayo Saka to move naturally further up the pitch.