The British six-time F1 world champion condemned the billionaire powerhouse of motor sport for his outburst. 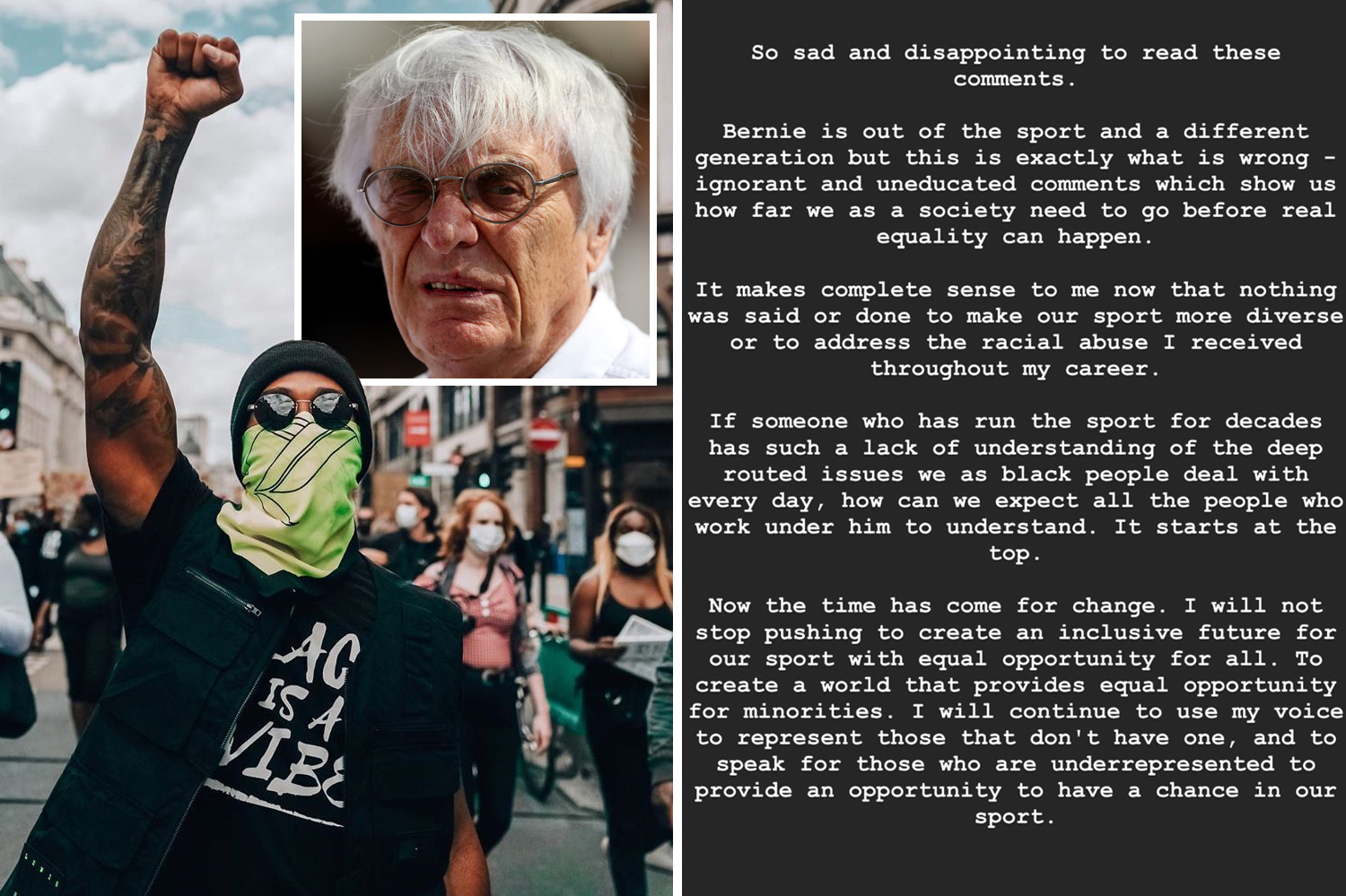 Hamilton, 35, posted a series of Instagram messages, including images of apparent F1 fans ‘blacked up’.

He wrote of 89-year-old Ecclestone’s comments: “Damn, I just don’t even know where to start with this one. So sad and disappointing to read these comments.

“Bernie is out of the sport and a different generation but this is exactly what is wrong – ignorant and uneducated comments which show us how far we as a society need to go before real equality can happen.

“It makes complete sense to me now that nothing was said or done to make our sport more diverse or to address the racial abuse I received throughout my career.

“If someone who has run the sport for decades has such a lack of understanding of the deep routed issues we as black people deal with every day, how can we expect all the people who work under him to understand. It starts at the top.

Hamilton posted this photo of F1 fans ‘blacked up’ 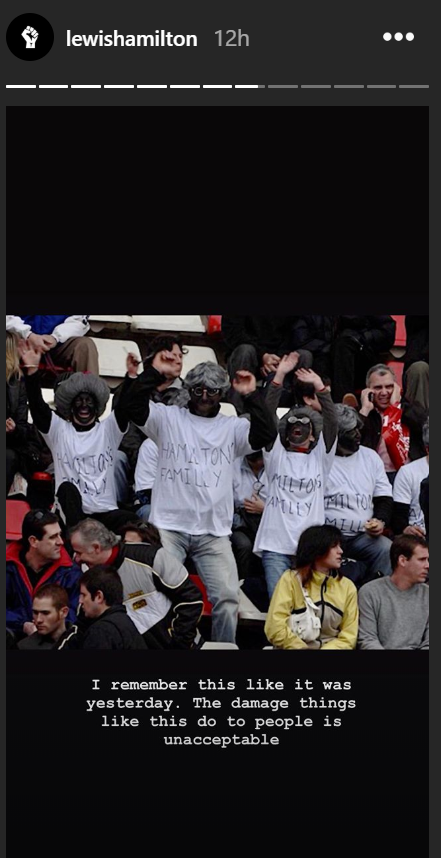 “Now the time has come for change. I will not stop pushing to create an inclusive future for our sport with equal opportunity for all.”

Hamilton, a huge supporter of the Black Lives Matter movement, added: “To create a world that provides equal opportunity for minorities. I will continue to use my voice to represent those who don’t have one, and to speak for those who are underrepresented to provide an opportunity to have a chance in our sport.”

In an interview with USA broadcaster CNN, Ecclestone responded to the Black Lives Matter campaign by saying: “In lots of cases black people are more racist than what white people are.

“I’m against injustice for anyone, whatever colour they are. It’s important to do something about that for a start.”

Ecclestone admitted he was surprised Hamilton was so upset by white fans blacking up at races when he first started out.

He said: “I’m surprised that it concerns him. I’m really unhappy if he took it seriously. I never thought he did. I didn’t think it affected him.”

Hamilton returns to action at the Austria Grand Prix next weekend.