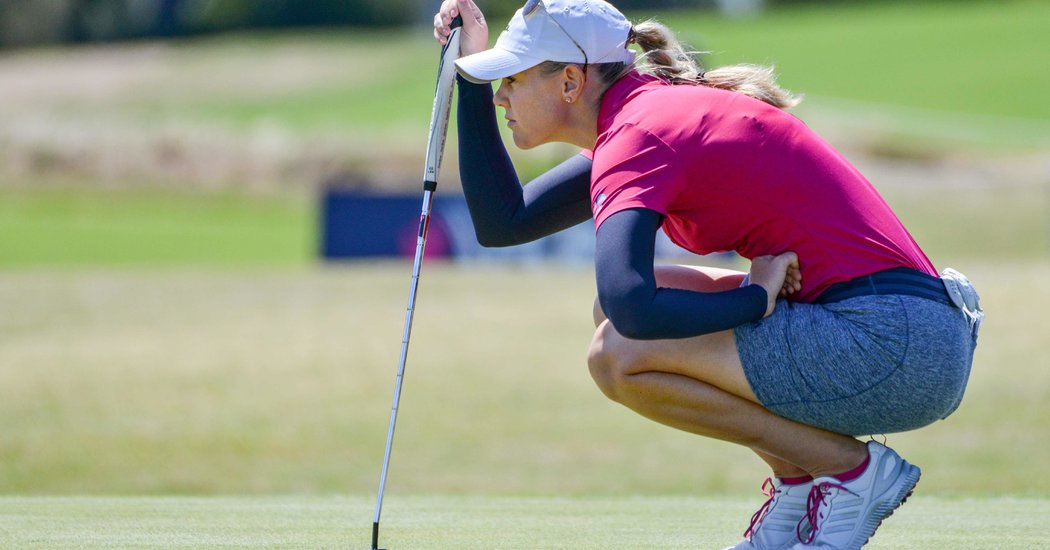 The L.P.G.A. Tour rescheduled its tentative events to July from June on Wednesday because of the coronavirus pandemic, and the P.G.A. of America announced that the Women’s P.G.A. Championship, a major, was moving to October from June. Five other L.P.G.A. events were canceled.

The first event of a resumed L.P.G.A. Tour schedule, the Dow Great Lakes Bay Invitational, is set for July 15-18 in Midland, Mich. The next two events would be in Sylvania, Ohio, and Galloway, N.J., with a revised tournament schedule that continues into the third week of December, one week after the recently postponed United States Women’s Open in Houston Dec. 10-13.

There have now been nine L.P.G.A. tournaments canceled, although the shortened L.P.G.A tournament schedule will mean an increase in prize money for several events, with the average purse growing to $2.7 million per competition.

Tour officials concede the schedule could be altered again in succeeding weeks.

“While July seems like a long way away, we are certainly aware that restarting our season in Michigan, Ohio and New Jersey will require a continued improvement in the situation in each of those states,” Mike Whan, the L.P.G.A. Commissioner, said in a statement. “We have built a schedule that we think is as safe as possible given what we know about travel bans, testing availability, and delivering events that our sponsors and our athletes will be excited to attend.”

In a conference call with reporters Wednesday afternoon, Whan said that when tournaments resumed he expected tour players and caddies to be tested for the coronavirus regularly. Whan added that such testing, “could be available in large supply by the end of May.”

The Women’s P.G.A. Championship, originally scheduled for June 25-28 at the Aronimink Golf Club outside Philadelphia, has been postponed until Oct. 8-11 at the same site.

About Spitting on the Ball …

If you’re more of a baseball fan, you might be surprised to learn that in cricket, the spitball is absolutely legal. But that may now change in the wake of the coronavirus.

The cricket authorities are considering barring players from spitting on the ball, Cricinfo reported, given the potential health concerns of multiple players handling a ball that others have expectorated on.

Rather than ban tampering with the ball entirely, the new rules would allow players to use artificial substances instead of spit, like shoe polish or wax. The change is significant: Using foreign substances on the ball has long been forbidden in the game.

At the start of cricket games, the new ball is clean and shiny and tends to benefit bowlers, who can get it to move as it approaches the batters. But as the game progresses and the ball becomes scuffed up, it becomes harder to do so, and batters can get the edge.

So bowlers do what they can to keep the ball nice and shiny: rub it on their sweaters, moisten it with sweat, and, yes, spit on it.

Without allowing some way for bowlers to keep the ball shiny, batters may have too much of an advantage. “Bowlers rely on any sort of sideways movement in the air,” the Australian bowler Josh Hazlewood told Cricinfo. “It would be quite easy to bat after that initial shine has gone.” VICTOR MATHER

The Pole Vaulting Pit Next Door

Sandi Morris, an Olympic silver medalist, needed a way to practice pole vaulting during the coronavirus outbreak. So she and her father built their own runway and pit.

Morris, who trains in Arkansas, returned home to Greenville, S.C., to be with her family. She and her father began building the pit in early April on a field near their neighborhood’s tennis courts. They completed it last week, and Morris is now able to train on it. The runway and pit, which she calls the Pink Panther, meets competition standards.

Morris said that her father had been talking about building their own pit for the past three years, but because she was not living at home, it didn’t seem worth it. She said they also hope to host clinics on it in the future. DANIELLE ALLENTUCK