RICKY HATTON put his son Campbell through his paces with a gruelling boxing workout.

The pair made the most of the sunshine as they worked up a sweat in the garden of the boxing legend’s Manchester mansion. 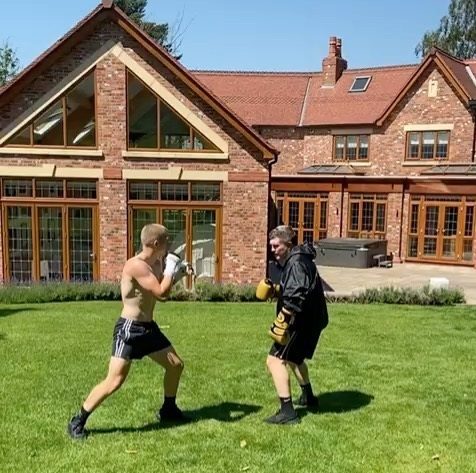 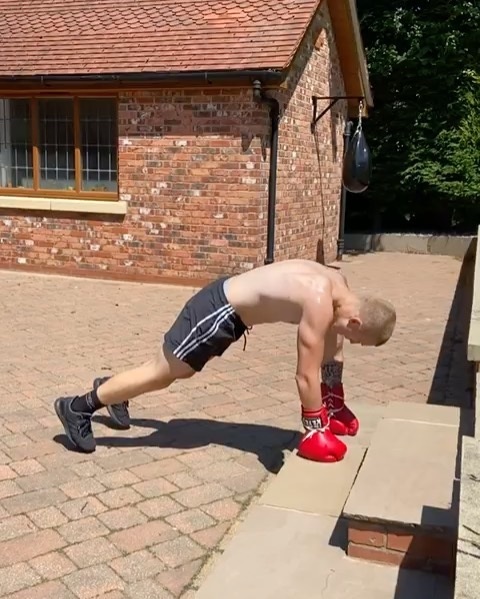 Campbell Hatton was pushed to his limit during the workout

The former two-weight world champion shared a series of snaps from the workout to his Instagram page.

Speaking to his 230,000 followers, Hatton wrote: “Nice workout in the sun today with my lad @campbellhatton.

“Keeping his stamina nicely topped up and technique solid.

“Put the gloves on myself and fired shots at him today spending a lot of time on that defence.”

Despite the blistering heat, Hatton wore a black hooded jacket while his son worked out topless.

Campbell, who is a 2x North West champion, posted the clips to his page with the caption: “Good session with @rickyhitmanhatton.

“Hard graft in this heat but got it done.”

The 19-year-old showed off his combos on the same heavy bag that Hatton was filmed using earlier this month. 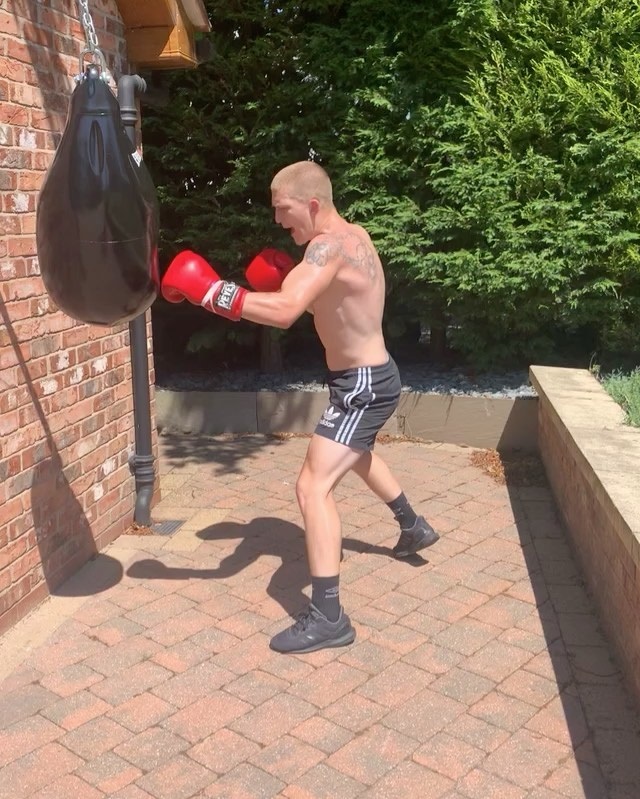 Hatton has managed to get back into shape during lockdown – now he wants to knock someone out.

The 41-year-old, who became a grandad in 2018 after Campbell’s daughter Lyla Nevaeh was born, told The Telegraph: “I want to knock someone out. 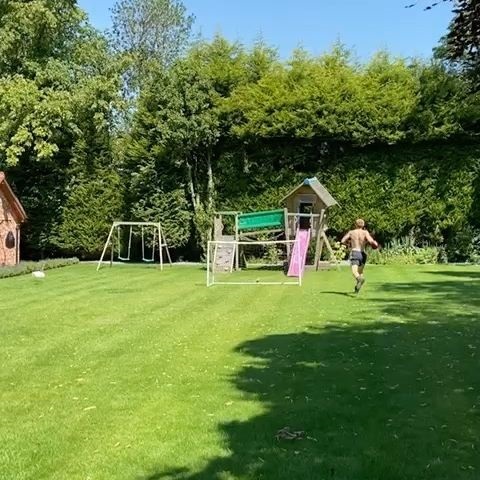 Campbell Hatton did sprints in the boxing legend’s huge garden 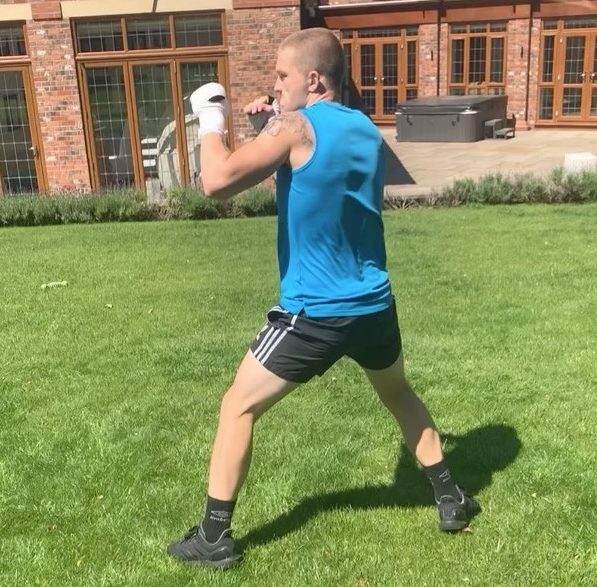 Ricky Hatton put his son through his paces during the session