TYSON FURY has dismissed claims that he hid a blunt object in his gloves against Deontay Wilder as “bulls**t.”

British superstar Fury dominated Wilder in their Las Vegas rematch four months ago, KO’ing the American in the seven round to win back his WBC title. 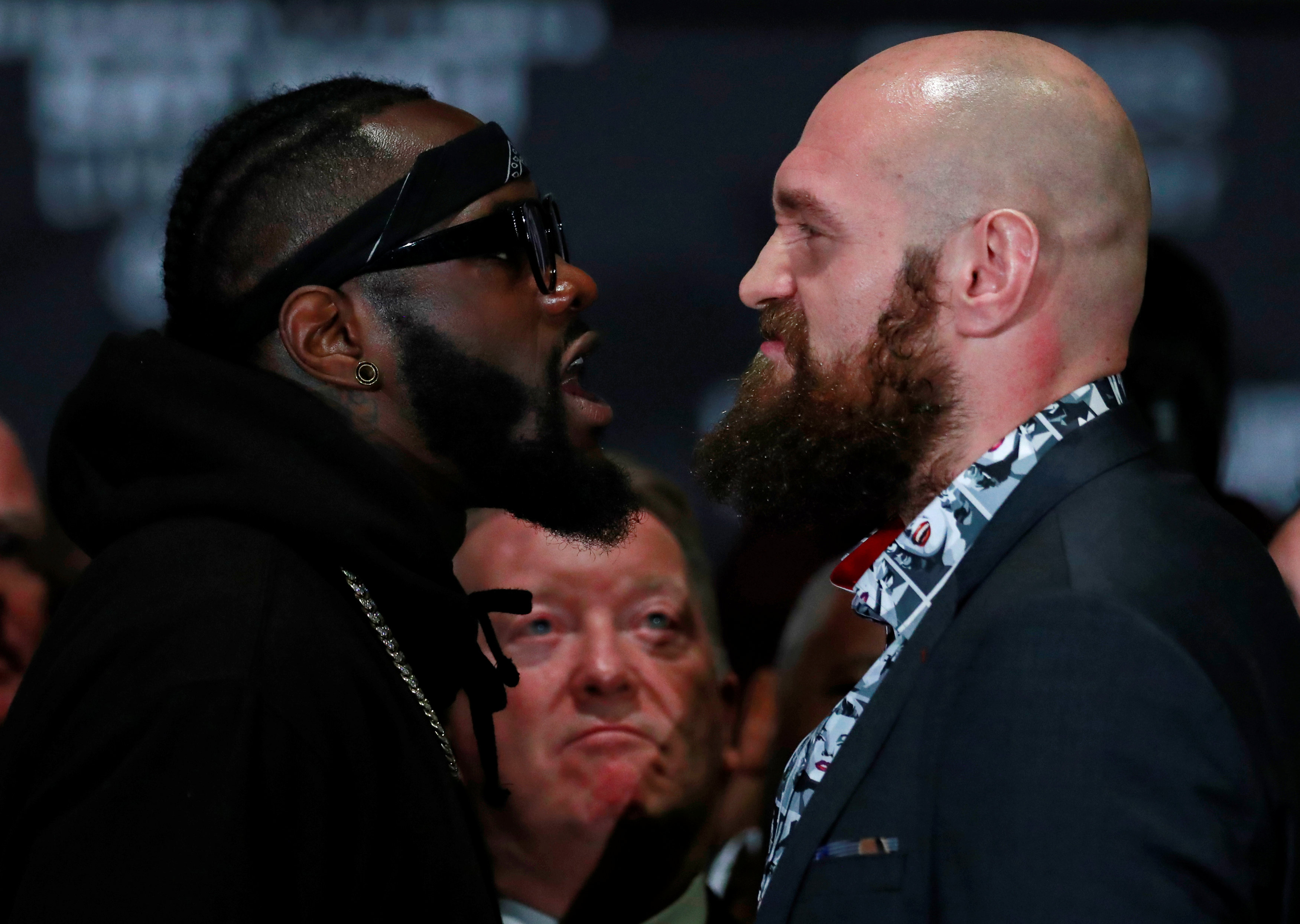 Tyson Fury has hit back at claims he hid a blunt object in his gloves against Deontay WilderCredit: Reuters

A trilogy fight is on the horizon before Fury takes on Anthony Joshua to unify the heavyweight division.

But things are heating up after Wilder’s brother accused Gypsy King Fury of hiding something in his gloves – causing a dent in Wilder’s head.

Marsellos Wilder said: “You know it’s crazy when you great, they got to do everything that’s underneath real to figure out how to stop you.

“The most wicked s*** about it is people on your own team will do anything for the hate. Money will help them opponents take you down.

“It was discovered by doctors that my brother has a dent in the side of his head. This is due to a blunt object struck against his head from his last fight.

“No glove or fist was able to cause the damage, according to the autopsy.

“My daddy once told me if you pull a gun out on someone, you better kill them. Because if you don’t, they are going to come back and kill you.

“The king is about to rise again. We coming for blood.”

However, Fury has responded angrily to the claims, replying: “This is just a quick video to address all this foul play talk from Wilder and his team.

“I’ve just read an article before saying that I might’ve had some blunt objects in my gloves, yeah, two big 19 stone 7 – 275lbs destroyers in each glove.

“So yeah, getting punched up the temple may do that to ya.

“Not unless Wilder’s one trainer Jay Deas was in on the conspiracy as well, along with the Las Vegas State Commission guys who never left the room.

“They don’t leave you, we all know this. So everybody citing foul player, BULLS***!

“And the next time, I’ll put a dent in his boxing career, end it, because it’ll be two knock-out losses in a row, bye bye forever.”