MIKE TYSON’S latest training video shows him battering a heavy bag with yellow smiley gloves ahead of the release of a new mockumentary.

The heavyweight legend, who turns 54 next week, is preparing to make a sensational comeback 15 years after retiring. 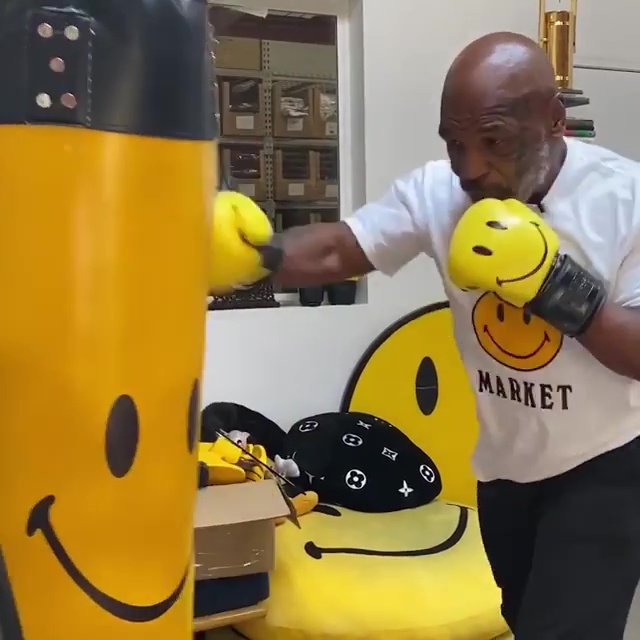 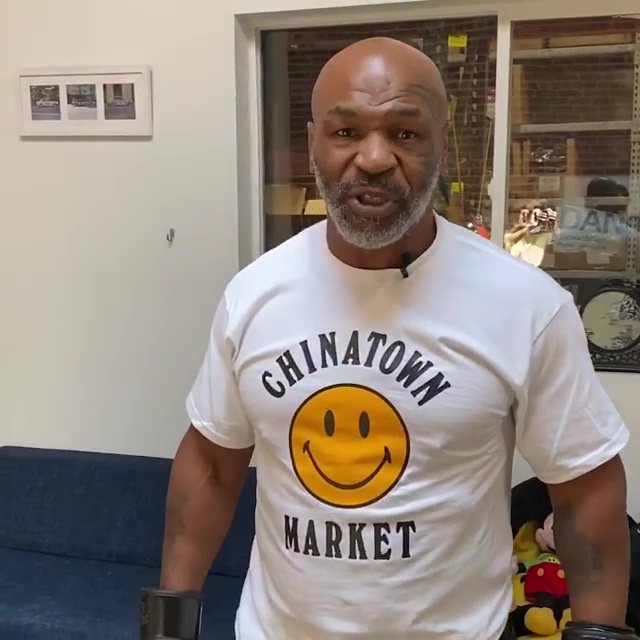 His return to the ring, to compete in charity exhibition bouts, has garnered much attention and Iron Mike has gone on to announce a collaboration with clothing brand Chinatown Market.

The two-part collaboration includes two capsules consisting of T-shirts, hoodies, and shorts and will feature a five-part mockumentary where Tyson visits the brand’s office to work with the team.

Tyson said: “I am thrilled to be partnering with the streetwear brand Chinatown Market, and excited to show the fans what we made together both from a content and product perspective.”

The five episodes are set to air daily with the release of the first capsule occurring on July 3 and the second arriving in late July.

It comes as Tyson stunned fans with recent training videos ahead of his comeback fight.

The iconic puncher has been enduring a gruelling fitness regime in preparation to dust off his gloves for the first time since 2005.

Tyson ballooned to a whopping 27st after retiring in 2005 but has since lost 10st to get himself back into terrific shape.

Former foe Evander Holyfield has expressed his desire for a trilogy fight.