EDDIE HEARN is planning talks with UFC supremo Dana White over Francis Ngannou facing Dillian Whyte in a cross-over fight where the “ring transforms into a cage between rounds”. 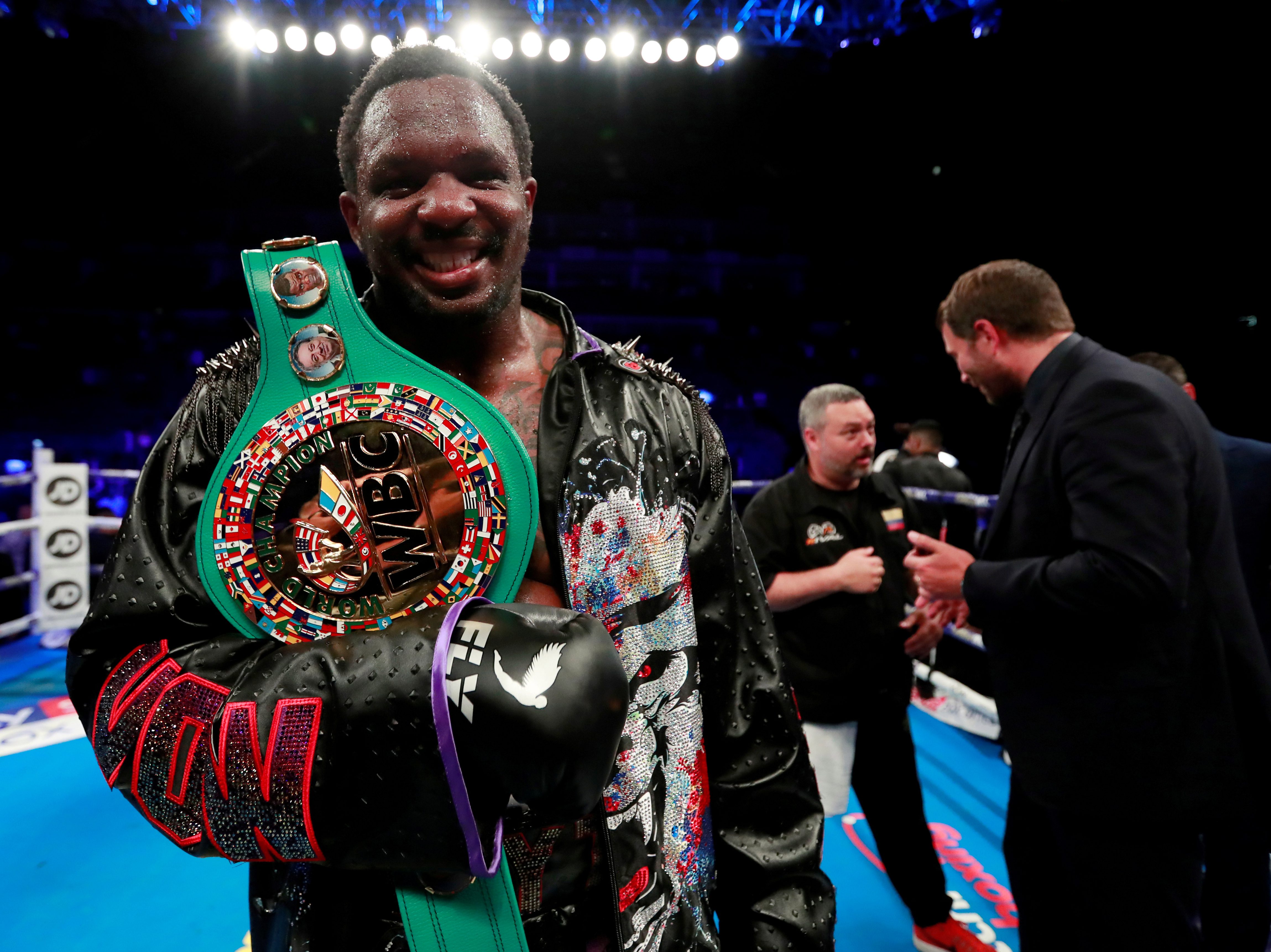 Dillian Whyte is at the centre of innovative plans to combine boxing with UFC in a showdown with Francis NgannouCredit: Reuters 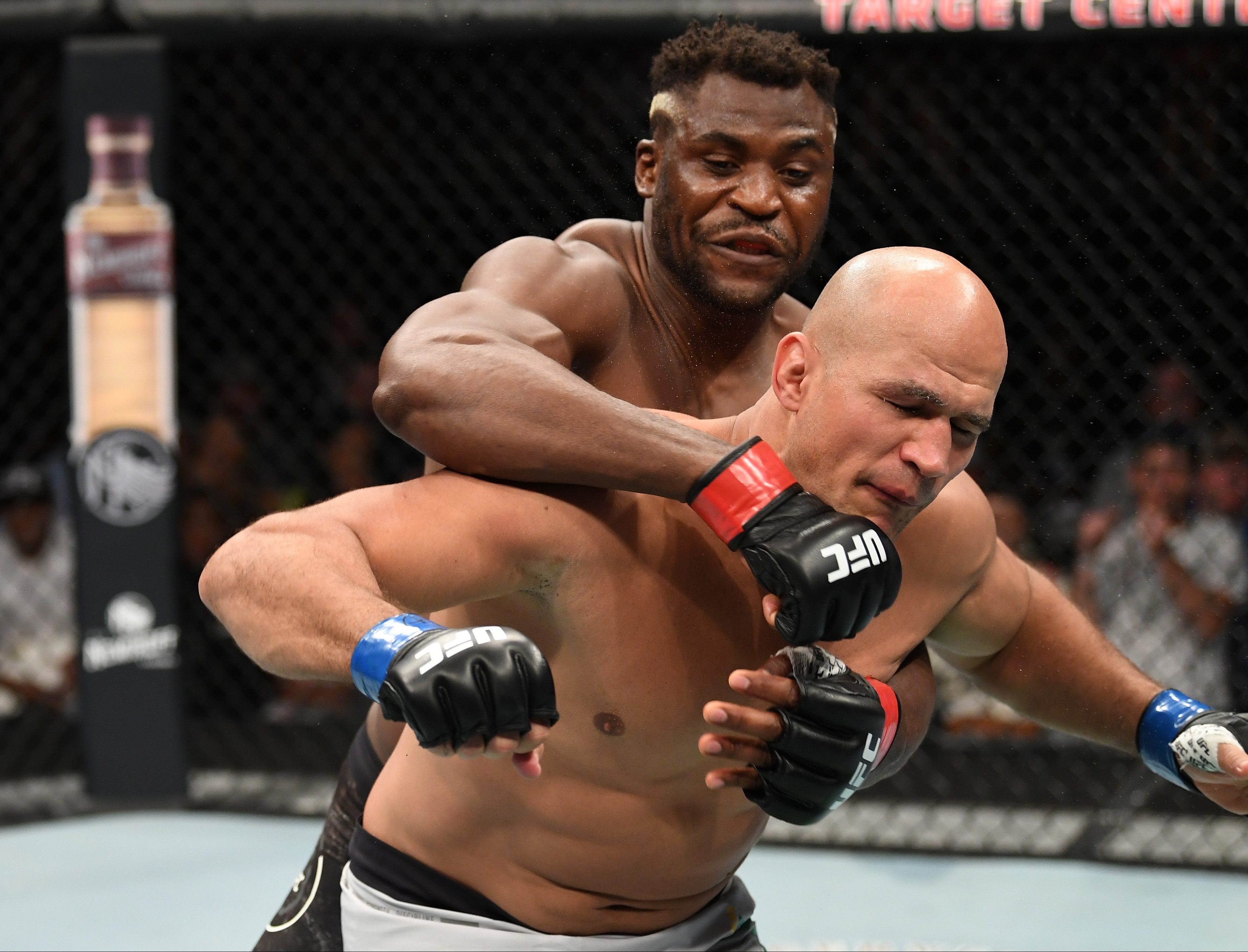 “I thought me and Dana [White] could put this night together where you’ve got a ring that also transforms into a cage between match ups. 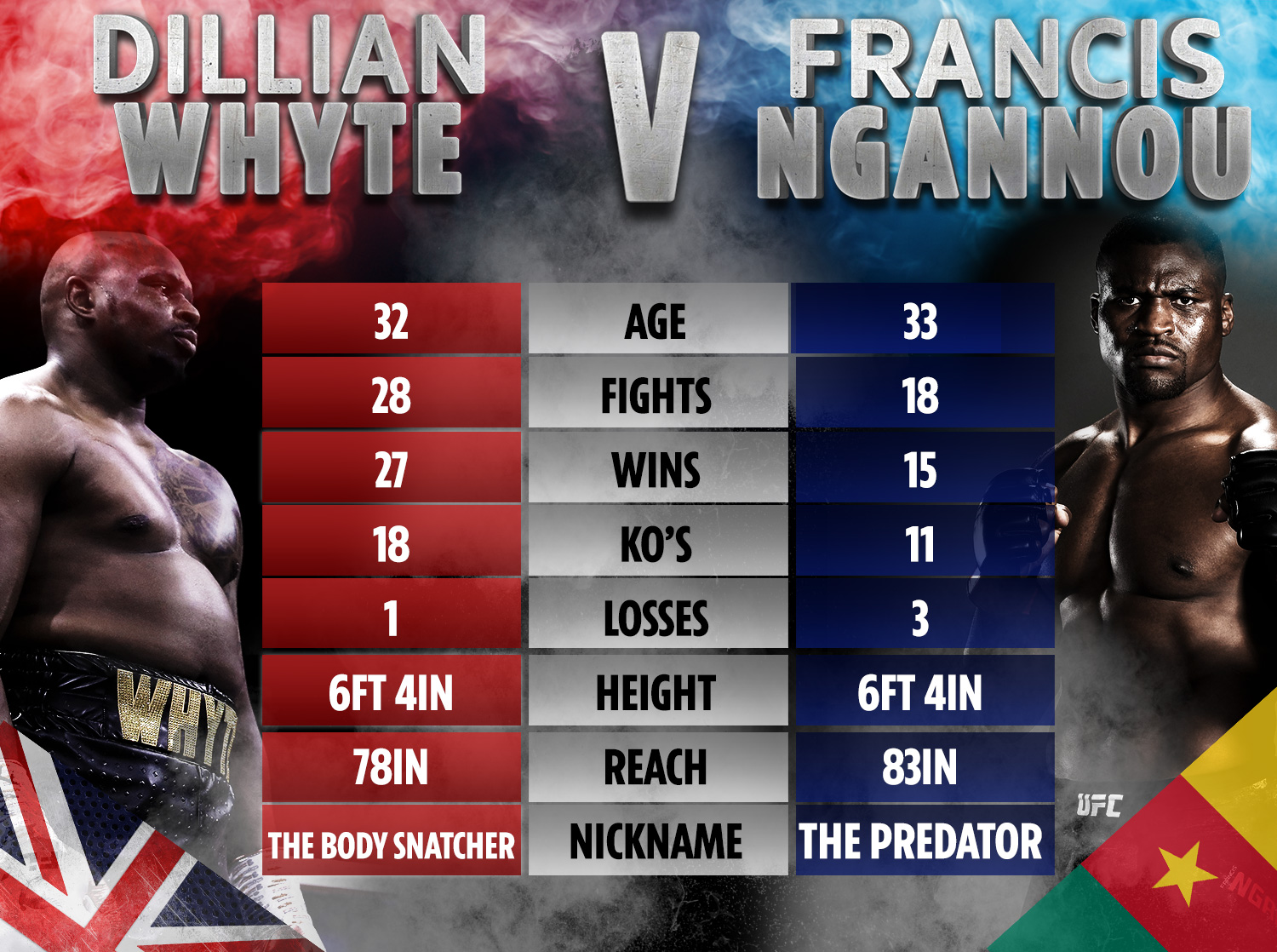 Ngannou has already suggested he wants legend Mike Tyson – making a ring return aged 53 – to guide him should be ever turn to boxing.

He said on Tyson’s podcast: “I’ve been thinking this, it will be great if one day when I make my boxing debut, I want you in my corner.

“I wanna get your work, everything you know, and you know a lot, you’re like a library.”

He hopes to stage Whyte’s showdown with Russia’s ex-WBA title holder Alexander Povetkin in his own GARDEN.

Hearn is dreaming of five-bout fight nights on four Saturdays in a row at his 15-acre site in Brentwood, Essex.

Brit Whyte’s clash with Povetkin for the WBC interim heavyweight title would be the finale.

Hearn told the Mail: “Just imagine it. It is summer, the house is all lit up, you can see Canary Wharf in the distance and fireworks are going off.

“Then over the hill walk Whyte and Povetkin for a massive tear up on my lawn. World championship boxing in my garden? Oh, go on then.”