DILLIAN WHYTE has sensationally branded Tyson Fury “The Gypsy Coward” and urged the WBC champion to fight him or vacate the belt.

The ‘Brixton Body Snatcher’ 32, is next in line for a shot at Fury’s title but has grown frustrated with the Gypsy King’s focus repeatedly drawn elsewhere. 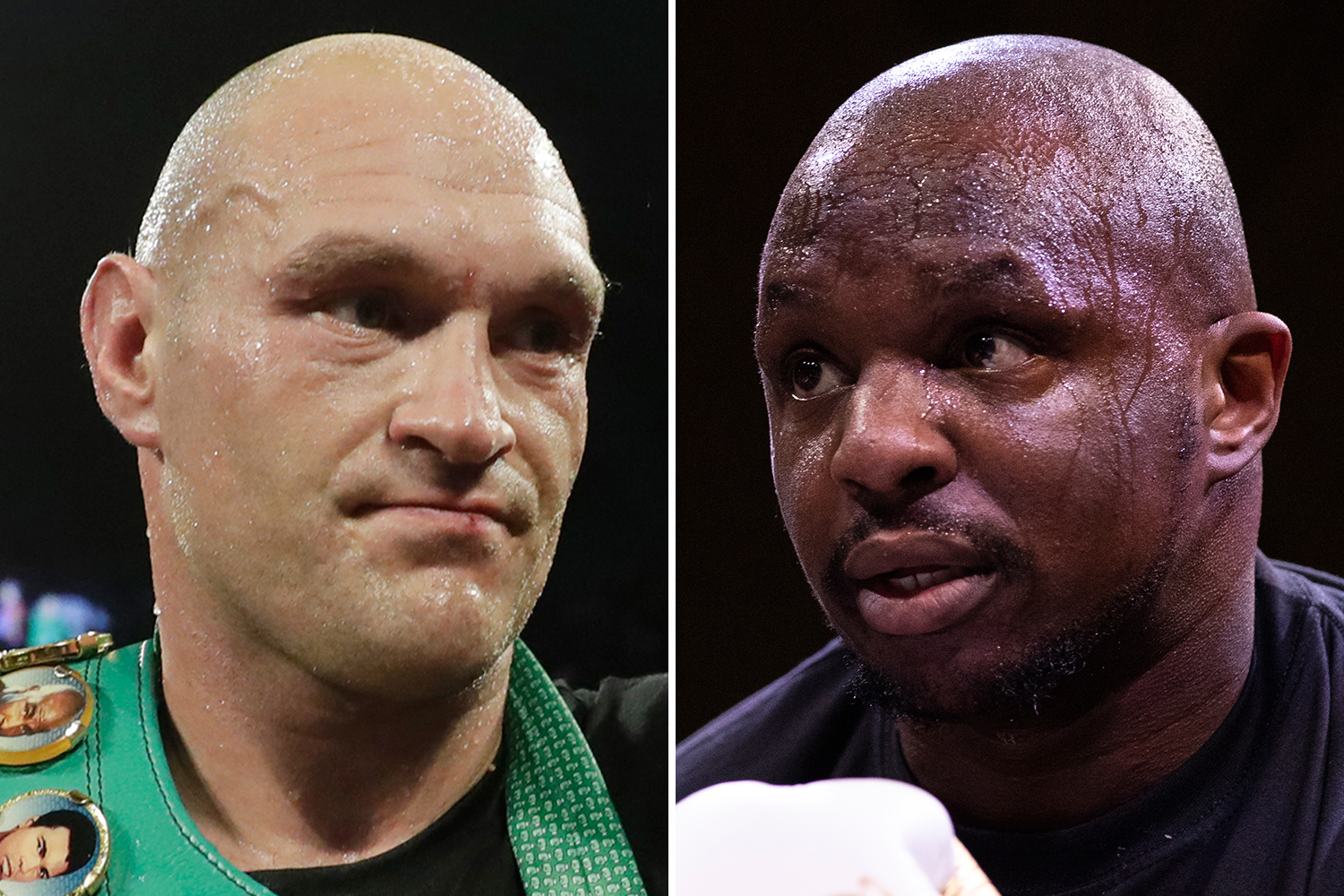 Fury has already agreed a monster trilogy fight with Deontay Wilder and then has his eyes on a 2021 heavyweight unification clash with Anthony Joshua.

He’s even been tipped to fight Mike Tyson for the American legend’s comeback, aged 53.

Now – with the backing of the WBC – Whyte has stepped up the war of words with Fury.

Whyte told Sky Sports: “The WBC have come out and said there’s no chance we’ll be making him franchise champion, so that’s a step in the right direction.

“He will have to fight me or vacate the belt.”

Whyte believes Fury would like him to “slip up” against Alexander Povetkin on August 22 as the “Gypsy Coward” would prefer to face to Russian than himself.

He added: “[Fury] would like to see me slip-up a million times over, because he would probably prefer to fight Povetkin than fight me, because Tyson Fury knows.

“This is boxing… [Fury] might vacate the belt and run off and go fight Joshua in Saudi or America.

“Hopefully he’s a man of his word, he said he would annihilate me and smash me to bits.

“He’s a fighting man, he’s not scared to fight anyone, all this crap that he says.

“When he fought Wilder he said, ‘when I beat Wilder I’m going to give Dillian Whyte his shot, it’s long over due etc’.

“But when he fought Wilder he changed his tune he said, ‘oh, I’m not fighting him, I don’t need to fight him, no one dictates – I dictate to myself, I’m the lineal heavyweight champion,’ blah-blah-blah…

@DillianWhyte your a mug,
Come back when u achieve something dosser, A man who had famous for getting chinned by AJ….🤣🤣🤣

But Fury, never one to take abuse lying down, hit back at Whyte, calling him a “mug”.

The Gypsy King, 31, roared: “@DillianWhyte your a mug. Come back when u achieve something dosser.

“A man who had famous for getting chinned by AJ.”