DEREK CHISORA has revealed he will make a sensational MMA switch if his fight against Oleksandr Usyk is delayed again.

The 36-year-old heavyweight is due to face former undisputed cruiserweight champion Usyk, 33, but the coronavirus pandemic has left the main-event headliner up in the air. 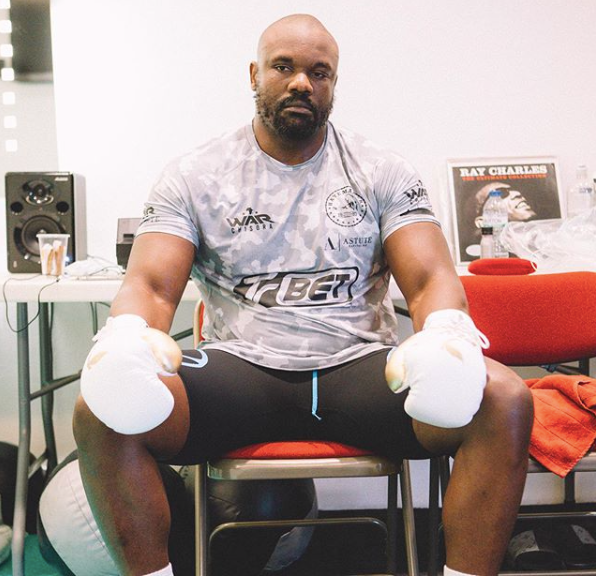 Dereck Chisora revealed he will make a sensational MMA switch if his fight against Oleksandr Usyk is delayed againCredit: @derekwarchisora

Promoter Eddie Hearn is still hoping to stage the fight with fans in attendance, opposed to behind closed doors, meaning Chisora faces a lengthy wait.

In a bid to stay fighting fit, he could swap the ring for the cage under the Bellator banner in what would be a shock MMA debut for the Londoner.

Chisora told Press Association: “We’re just waiting for lockdown to finish so we can see how many people we can have in the O2.

“I think this fight needs fans. Some fights don’t but certain fights need fans and this is one where you need people to enjoy it.

“If the wait is longer I can jump into Bellator.

“We’re waiting to see the date they give us for Usyk but if there’s a bigger gap we’re going to jump in to Bellator straight away.”

Chisora is a friend of Bellator welterweight Michael ‘Venom’ Page – who has two boxing wins – having trained with the kickboxing expert.

But the British bruiser still has his eye on the heavyweight prize, and wants to set up a London derby against his Finchley amateur boxing pal Anthony Joshua.

Chisora added: “It would be a great fight, two local guys from North London.

“AJ has got to fight Pulev. We’ve all got different paths right now but we never know what’s going to happen.” 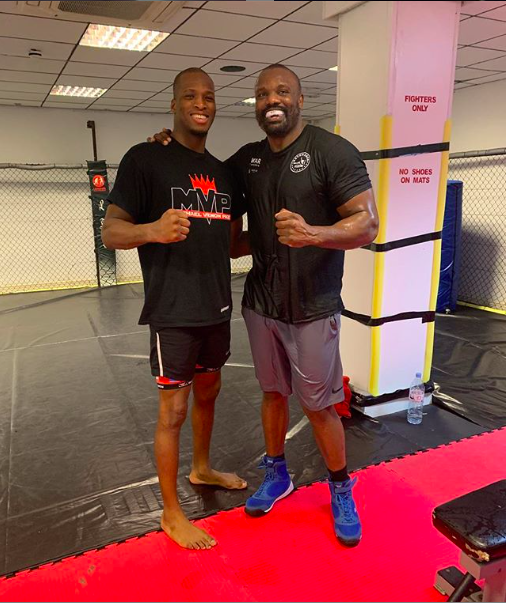 Chisora is a friend of Bellator welterweight Michael ‘Venom’ Page having trained with the kickboxing expertCredit: @derekwarchisora