DEONTAY WILDER is still “very, very confident he has beating” of Tyson Fury in their trilogy bout despite his humbling defeat.

Wilder, 34, will get his crack at redemption by facing Fury, 31, for a third time with the pair contracted to another fight.

The Bronze Bomber, who was fortunate to walk away with a draw the first time he faced the Brit, was twice floored on the way to his first loss in February.

But despite the seven round beating in Las Vegas, Wilder, who also dropped Fury two times in 2018, is quietly confident he can regain his WBC title and turn the tables by becoming the first man to beat Fury.

“He feels that he can. I know speaking to Shelly Finkel his manager, he’s very, very confident. He believes he’s got the beating of Tyson. That remains to be seen.” 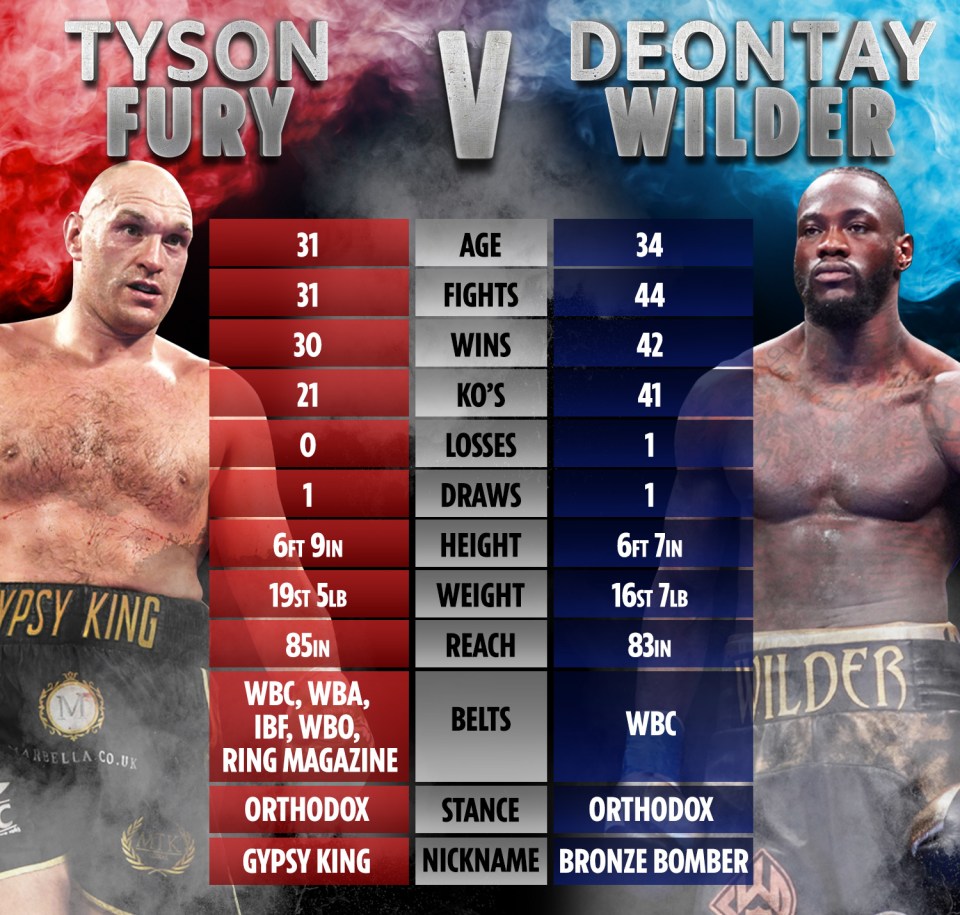 The heavyweight rivals were set to rematch in July, until the coronavirus pandemic KO’d the fight.

Instead they are preparing to complete their trilogy towards the end of the year and to salvage ticket sales the event could take place in China or the Middle East.

Australia have also proposed the fight take place on Boxing Day which would then be aired on Christmas Day in the UK.

And Fury’s co-promoter Warren admits the fight could take place outside of its contracted home of America as they aim to stage the fight before the end of 2020.

He said: “At the moment, it’s contracted to take place in America, but it could take place anywhere at the moment, because obviously there are negotiations going on with various territories who may be interested in putting the fight on.

“As it stands right now, there is nothing set in stone. It’s all talk, that’s why I’ve not really been going too much into it.

“It’s pointless, until something is concrete and on the table, what’s the point of commenting on something?

“All we know is what the contract says, the rematch has to happen, so that’s where we are.

“When and where it happens, it will be decided I think fairly soon, because the fight will have to happen some time this year, towards the end of the year.”