CONOR McGREGOR tried to poach one of Floyd Mayweather Jr’s trainers before their crossover boxing match in 2017.

That is according to Nate Jones, who has been working with ‘Money’ Mayweather since shortly after his own retirement in 2002. 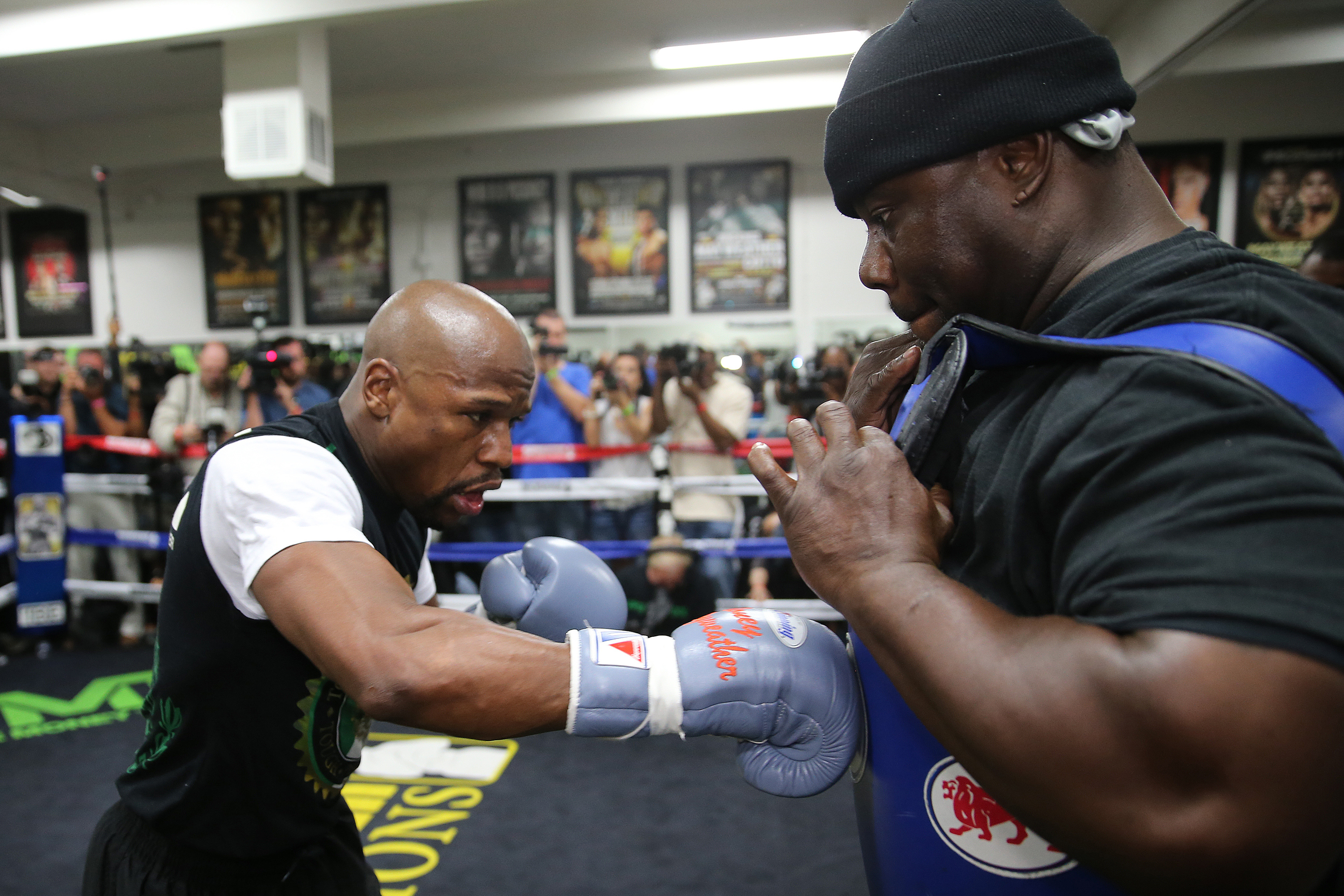 Nate Jones training Mayweather in 2015 – he claims McGregor wanted him on his teamCredit: Getty – Contributor

The pair were US Olympic team-mates ten years before at Atlanta 96.

Both men won bronze – Mayweather at featherweight and Jones at heavyweight.

Their friendship goes back to their first meeting at the USA national championships in 1994.

And Jones told our new boxing podcast, ‘Rocky Road: Rewind’, that he was always going to stay loyal to his pal – even with £1.2million on the table from the ‘Notorious’. 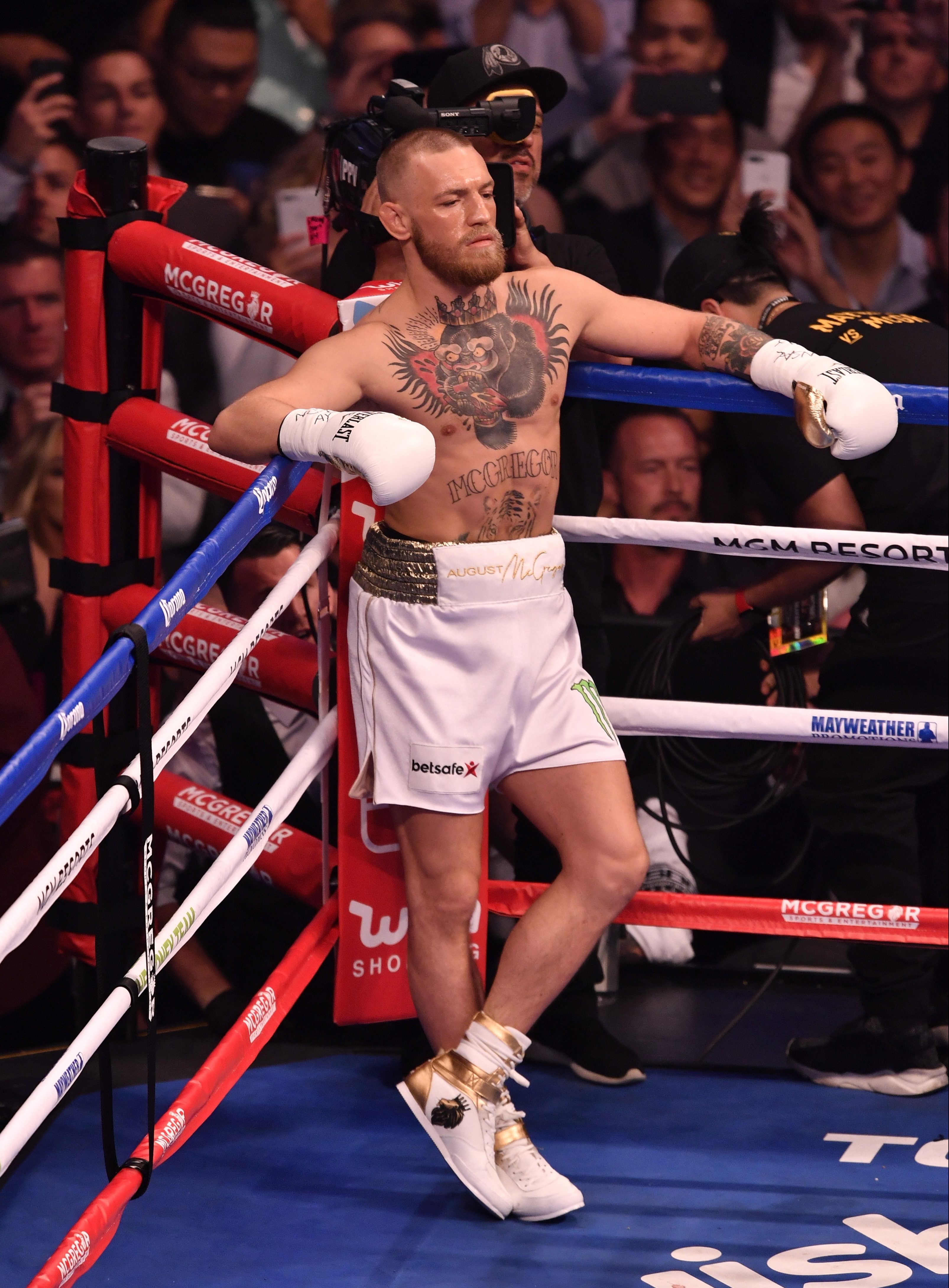 McGregor lost when he faced Mayweather via a 10th round TKOCredit: Getty – Contributor

Jones says the Dubliner’s team got in touch with fellow Chicago Montell Griffin and the offer came from there.

“I got a call from Montell Griffin and he said, ‘people want to holler at you Nate, they’re McGregor’s people’.

Asked if he was tempted to take the money at any stage, he laughed: “Montell Griffin called me back and said, ‘Nate you big dummy, what the f*** is wrong with you, man?’

“I said, ‘what?’ He said, ‘this is about your life, your career, make a better move for yourself Nate!’

“I said, ‘nah, I’m not disloyal like that. Montell, I don’t do things like that, that’s my friend’.

“Floyd don’t know about it. I didn’t do it so I never brung it up to him. But I will soon.”

McGREGOR WAS TOO NERVOUS

Mayweather beat McGregor in the tenth round of their bout at the T-Mobile Arena in Las Vegas.

However being back-stage as part of the team, Jones says he could see nerves in the MMA superstar.

He added: “I was the guy, when Floyd wrapped his hands they sent someone to watch us to make sure he wasn’t doing anything illegal, and vice versa.

“When McGregor wrapped his hands, we sent a representative which was me. I sat there and watched McGregor get his hands wrapped.

“And I’ve never seen someone so nervous in my life. That’s the part of the fight that shocked me the most because going into the fight, McGregor was talking a lot of smack.

“In the locker room getting ready to fight, he was very shook. He went to the washing room six times. Six times. I was like, ‘what is wrong with this dude?’

“He was very shook for that fight.

“And he brung to the table his size. I was worried about that but we handled him well, we chopped him down and stopped him.”

McGregor didn’t have any more boxing fights before turning back to UFC.

He lost to fierce rival Khabib Nurmagomedov, before winning a comeback scrap against Donald Cerrone.

But just last month the 31-year-old announced his retirement from the organisation.