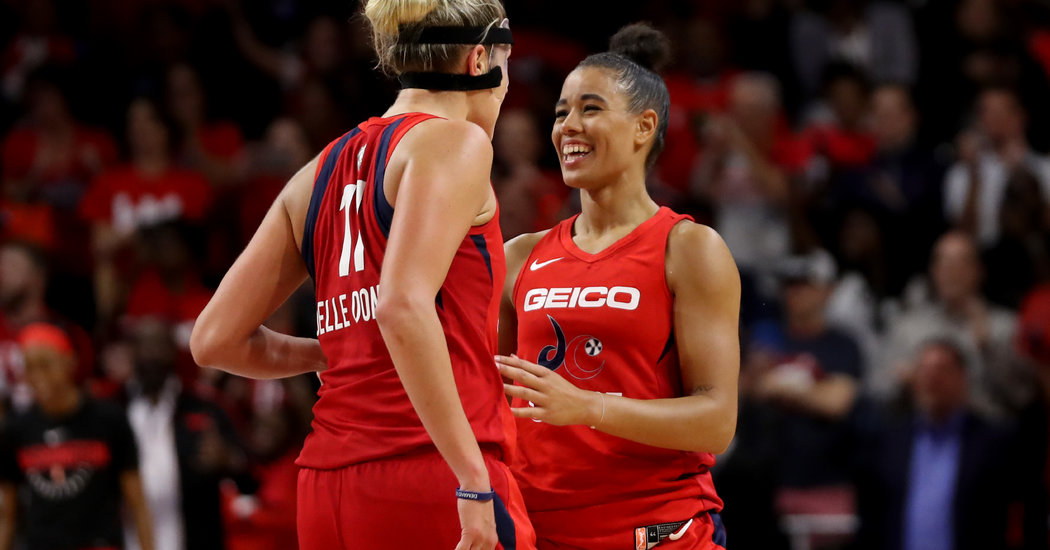 W.N.B.A. players have ratified a plan between the league and the players’ union to play a 22-game season, beginning in late July, along with a full playoff schedule, all at IMG Academy in Bradenton, Fla., the league announced Monday.

Players who opt into the 2020 season — they have until June 25 to notify their teams if they will participate — will receive 100 percent of their 2020 salaries, assuming the league is able to complete both the regular season and playoffs. This was critical to getting the players to agree, according to Terri Jackson, the executive director of the Women’s National Basketball Players Association.

“They understood that if players are committing to this, that we needed their commitment on that,” Jackson said in a phone interview Monday. “And so we got there.”

Many details remain to be sorted out: A start date has not been finalized, and the league has identified several other potential destinations as fallback positions if the plan to play at IMG Academy becomes untenable — either because of a change in local government policy or a spike in coronavirus infections in the area.

Jackson said that another round of approval from the players’ union would be required before the season actually begins.

Both sides also expect to address living accommodations for players with varying family situations, as well as how the league’s return would affect activism related to police brutality and systemic racism — an issue that the N.B.A. is also working to address as it moves forward to complete the 2019-20 season.

“The players are launching a bold social justice platform,” Commissioner Cathy Engelbert said in a phone interview Monday. “And one of the positives of being all together is their ability to use that time as a call to action around driving change. This country definitely needs that.”

Nneka Ogwumike, the Los Angeles Sparks forward and the president of the W.N.B.P.A., said the union’s executive committee had already connected with groups that could help the players use the season as a platform for activism.

“We’ve always been the first in line to speak about social issues,” Ogwumike said. “And we see this as a really magical moment for us to turn to turn the unexpected into something that could be very beautiful, with 144 voices in the same place.”

In 2016, W.N.B.A. players were among the first professional athletes to protest in solidarity with the Black Lives Matter movement, drawing fines from the league that were later rescinded. Ogwumike said that Engelbert, who was not with the W.N.B.A. at the time, had acknowledged the league had initially handled those protests poorly, helping to ease players’ current concerns on that front.

This season will be the W.N.B.A.’s first since the league and union signed a new collective bargaining agreement in January, which drastically increased pay for players and guaranteed individual hotel rooms, instead of shared rooms, for players on the road. Jackson said players would have the same rights at the academy in Florida, with the option of larger villas for players with families and caregivers.

The W.N.B.A.’s statement on Monday said that the league was “working with medical specialists, public health experts, and government officials” on medical protocols and protections to keep players and staff safe amid the continuing coronavirus pandemic. Because of the “fluid situation” caused by the virus, the statement said, the league was still reviewing and tweaking its plans.

Ogwumike said that as negotiations began, she was anxious about the health risks of playing a season during the pandemic, but that she had become more comfortable with the idea.

“As I tried to realize what the season would look like, I’ve got to tell you, I wasn’t encouraged in the beginning,” Ogwumike said. “But as we started having these negotiations, I became more and more comfortable.”

She added that she felt the level of risk of living at the academy would be comparable to what she had experienced living at home.

Engelbert offered her own personal endorsement, saying that safety concerns wouldn’t be the thing that kept her from playing, if she were able.