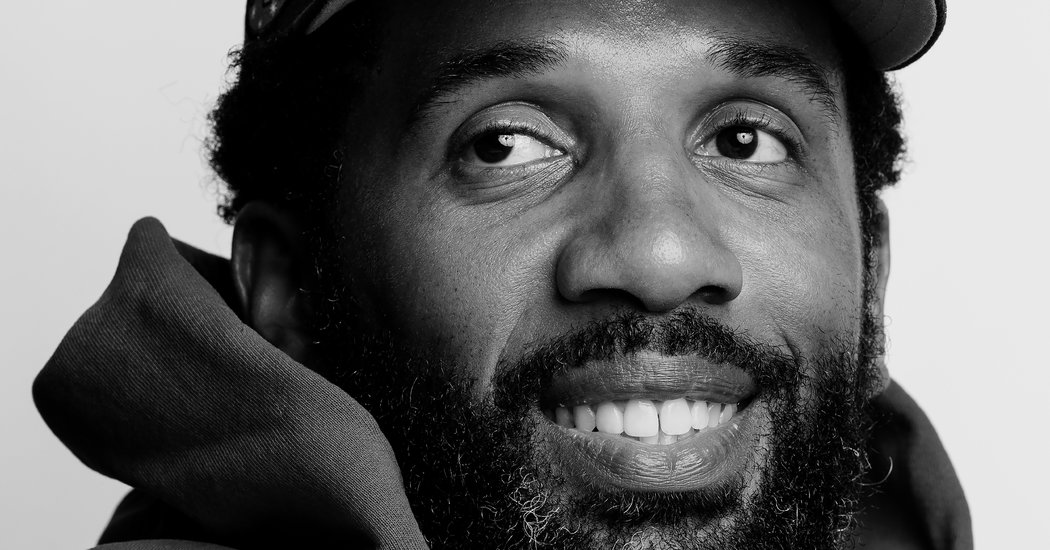 When LeBron James began building his business empire, he didn’t turn to a professional talent agency or an established Hollywood manager. He went to his childhood friend Maverick Carter.

The two grew up together in Akron, Ohio, and were basketball and football teammates in high school. Mr. Carter interned at Nike after college, and began looking after Mr. James’s business interests in 2006.

Though there were doubters along the way, it’s worked out well. Mr. James, the Los Angeles Lakers forward and one of the most famous athletes in the world, has a growing range of media and entertainment interests, with shows and films on HBO, ESPN, Showtime, Netflix, CBS, NBC and more.

And Mr. Carter, 38, has increasingly gained clout. Today, he is the chief executive of SpringHill Entertainment, a production company, as well as a director at Live Nation, the ticketing and concert promotion behemoth.

This month, Mr. James and Mr. Carter announced the formation of a political organization, More Than a Vote, which is focused on turning out the vote and combating voter suppression.

This conversation, which was condensed and edited for clarity, was part of a series of new live Corner Office calls to discuss the pandemic and the protests. Visit timesevents.nytimes.com to join upcoming digital events.

Let’s start by discussing the protests against racism and police brutality that are still ongoing weeks after the killing of George Floyd. You’ve been engaged in these issues personally and professionally for years now. Many people say that this time feels different, that there’s a real window for change right now. Does it feel different to you?

As black people, we’ve been ringing this alarm for a long time. It’s built into the fabric of this country, you know — oppressing black people socially, politically and economically. They all kind of go hand in hand. I’ve been in the middle of the fight my whole life, for 38 years. And it’s now risen to the top of everyone’s mind.

So it’s very topical at the moment, it’s gotten everyone’s attention. Everyone — business, political, social — everyone is talking about these issues. What can they do? I think in order to achieve real change, we as the black community need to come up with real asks and we have to determine, what do we actually want?

We obviously want some social reform, on police brutality and things like that. We also need political changes. But it’s more than voting. What are we as black people asking of these politicians? What do we want them to change? I don’t have the answer yet, but we need to get to very specific asks. And on the economic side, we need corporate America. You wrote an article that laid out how corporate America has failed black people. We need to create pathways for black people to reach the top of these companies.

What kind of specific things are you looking for on the corporate front?

At our company, we’ve just done it because it’s just who we are. Our upper management and throughout the whole company is extremely diverse. Men, women, black, white, Hispanics, all type of people work in our company. It’s great for business, but it’s also just good socially.

Putting black people on the board is one thing, but that doesn’t really solve the problem. That allows you to put a picture on a website and say your board is diverse. But the truth of the matter is you need to be very deliberate. Because the truth of the matter is the system that was built to oppress black people was very deliberate too. I mean, there was a Civil War. They went to war about keeping slavery alive. So it has to be very deliberate the other way that, “Hey, we’re going to hire this many black people by this date,” and you have to get it done. And we need to start to build these people who can work at your company through the education system, going and recruiting at historically black colleges and universities right away.

Social and political change needs to happen so it doesn’t become a class thing. It’s one thing for it to be racist, but it’s another thing to be classist. The protests were very focused on black people who have been literally killed by the police. Well, there are also millions in my neighborhood that are still alive and breathing and walking and healthy, but basically dead. The overpolicing of our neighborhood, combined with the public education system, leaves these people without the proper education, which automatically puts you on a path to end up with a criminal record, which puts you on a path that you don’t go to college. You don’t end up with a job, you get overpoliced. It’s just a cycle, you’re born into this, and there’s no pathway through it or out of it. Corporate America has to be deliberate about now fixing it and finding black executives and mentoring them. And how do they start to help fix the system that builds a pipeline for them for many more to come?

You and LeBron just unveiled More Than a Vote. Why start a political organization right now?

We want to get people of color out to vote, because their vote matters. Every politician tries to capture it. But it’s More Than a Vote because we want to come up with what’s our ask, and hold these politicians’ feet to the fire to make real change.

We’re going to build messaging that really helps our community get past voter suppression. And once we get the people turned out, then what’s going to be our ask after the vote?

Are you going to be endorsing specific candidates, or is it more focused on combating voter suppression and getting out to vote?

It’s totally going to be about combating voter suppression and turning people out to vote. But we want athletes to speak authentically. So we’re going to help them talk to their community about making sure they know that all these false narratives are going to come out there, like if you’re behind on child support, you can’t vote. We want to fight that. But if an athlete wants to speak authentically about what they care about and what side they care about, we are never going to stop that.

Talk a bit about how you got here. A lot of people have questioned whether you were the right person to manage LeBron’s business interests along the way. How have you gotten past people underestimating you?

I still deal with impostor syndrome. It’s a very real thing. I always tell young people that you have to be just passionately curious. I really want to never stop learning. One of the things that I’ve always done is, if you meet someone who’s been successful, the best way to learn and get information from them is to simply ask them about their successes. They love nothing more than talking about the things they’ve done. That has allowed me to learn and use that as fuel. And even if I am underestimated, I’m fine with it. Because I go into it thinking, “Hey, I’m here to learn and want to get information and then figure out how to apply it to my life.”

What do you see as your role as a director on the board of Live Nation, beyond the basic fiduciary duties?

I’m the only African-American on the board and I’m the youngest person on the board. If I see something that I think the company should be thinking about or change, I bring it up. If I don’t understand something, I stop them and ask questions so I can better understand it.

I grew up square in the middle of the hip-hop generation, right? And I think hip-hop gave me the audacity to be able to sit in that boardroom and be comfortable that I belong as a business person, but also speak the way I speak in being who I am. I didn’t get to be on that board by being the corporate guy, wearing a suit and tie every day. I don’t play golf with other people on Saturdays.

But listening to Jay-Z and Puffy, watching what Cash Money Records did — you can achieve things corporately and still be yourself. And I think that is my job on that board: to make sure I’m bringing up things that matter to me personally, and that I know matter to younger people, to black people.

The basic framework of a deal to restart the N.B.A. season is on the table, but some players seem to believe that participating in the bubble in Orlando, as it were, would compromise their ability to participate in the protests and be a part of this dialogue on race and police brutality. What’s your view on the restart of the N.B.A. season and particularly whether playing would make it harder for players to be a part of this national conversation right now?

The N.B.A., is close to 90-something percent African-American players. And they’re the most influential black people we have in this country, and pretty much in the world. So I totally understand all their feelings. To play or not play is not really the thing that I’m focused on.