Hammers chiefs admitted they “had to act now” as they axed Pellegrini just minutes after Saturday’s 2-1 home defeat to a second-string Leicester. 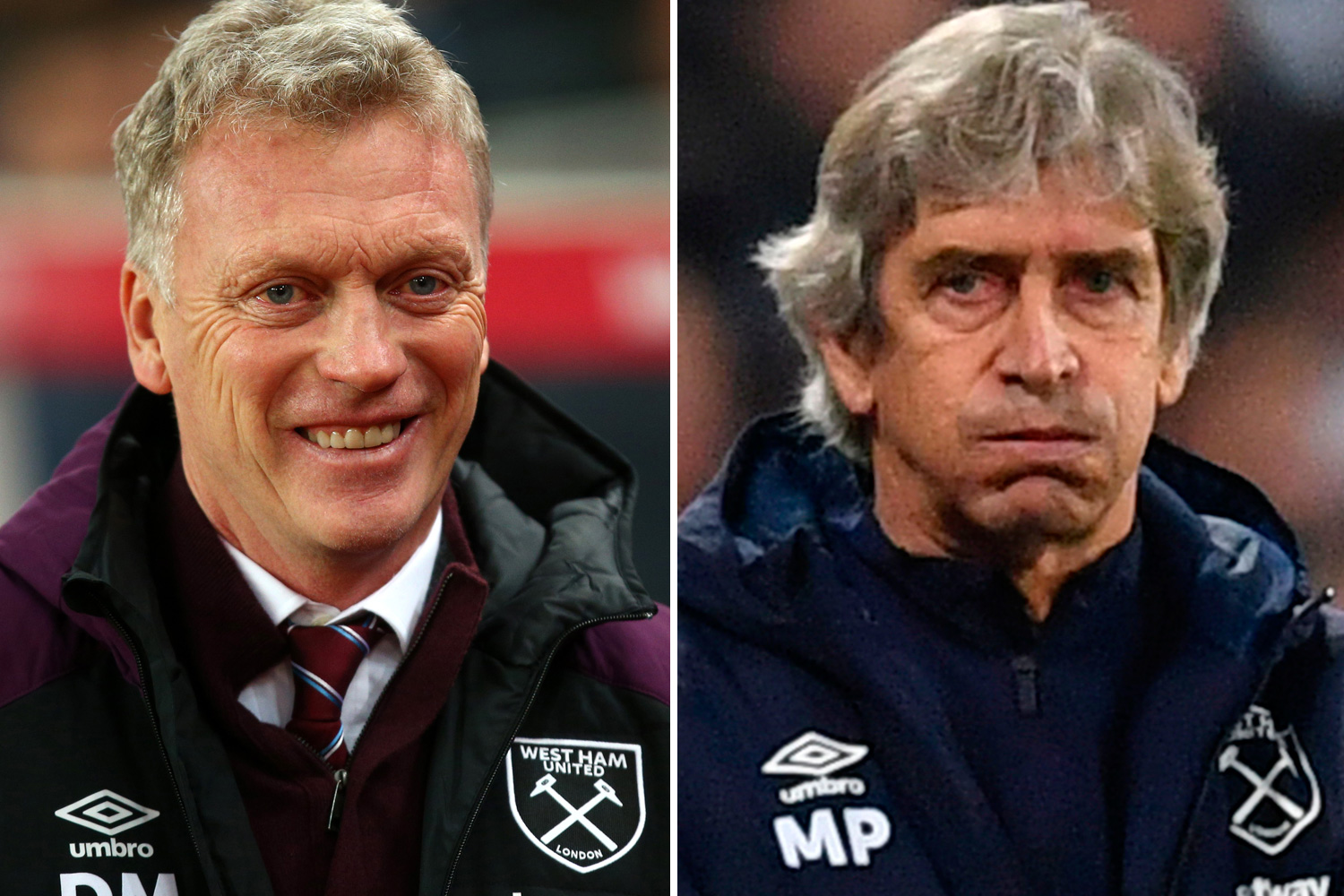 David Moyes is set to return to West Ham.. in the place of the man who replaced him

Former short-term boss Moyes is due for talks with the board on Sunday.

Pellegrini, booed by fans at the end of the match, admitted: “I understand about the fans, these are not the performances they expect.”

And minutes later West Ham joint-chairman David Sullivan said in an official statement: “It is with great disappointment that we’ve had to make this decision.

“Manuel is a gentleman and it has been a real pleasure to work with someone of his calibre.

“However, it has become clear that a change is required to get the club back on track in line with our ambitions this season.

“We felt it was necessary to act now in order to give the new manager as much time as possible to try and achieve that goal.” Pellegrini, 66, spent 585 days in charge but the Hammers have won just seven points at home this season, fewer than any other Prem side.

In total, they won 23 of 64 matches under the Chilean, giving him a win percentage of 35.9 per cent.
And now Moyes is expected to return to the London Stadium on an 18-month deal.

The Scot reigned between November 2017 and May 2018, securing the club’s Premier League status.

Former Liverpool boss Rafael Benitez, the out-of-work Chris Hughton and Charlton manager Lee Bowyer had all been linked to take over the latest Hammers horror show.

West Ham have not won at home since September 22 and the atmosphere at the London Stadium was again toxic.

The club will end the decade in 17th place in the Premier League, exactly where they began it.