CRISTIANO RONALDO left a pitch invader in tears when he posed for a selfie with the fan during Portugal’s game with Lithuania.

The Juventus star posed for the photo with the intruder before a steward could drag him from the field. 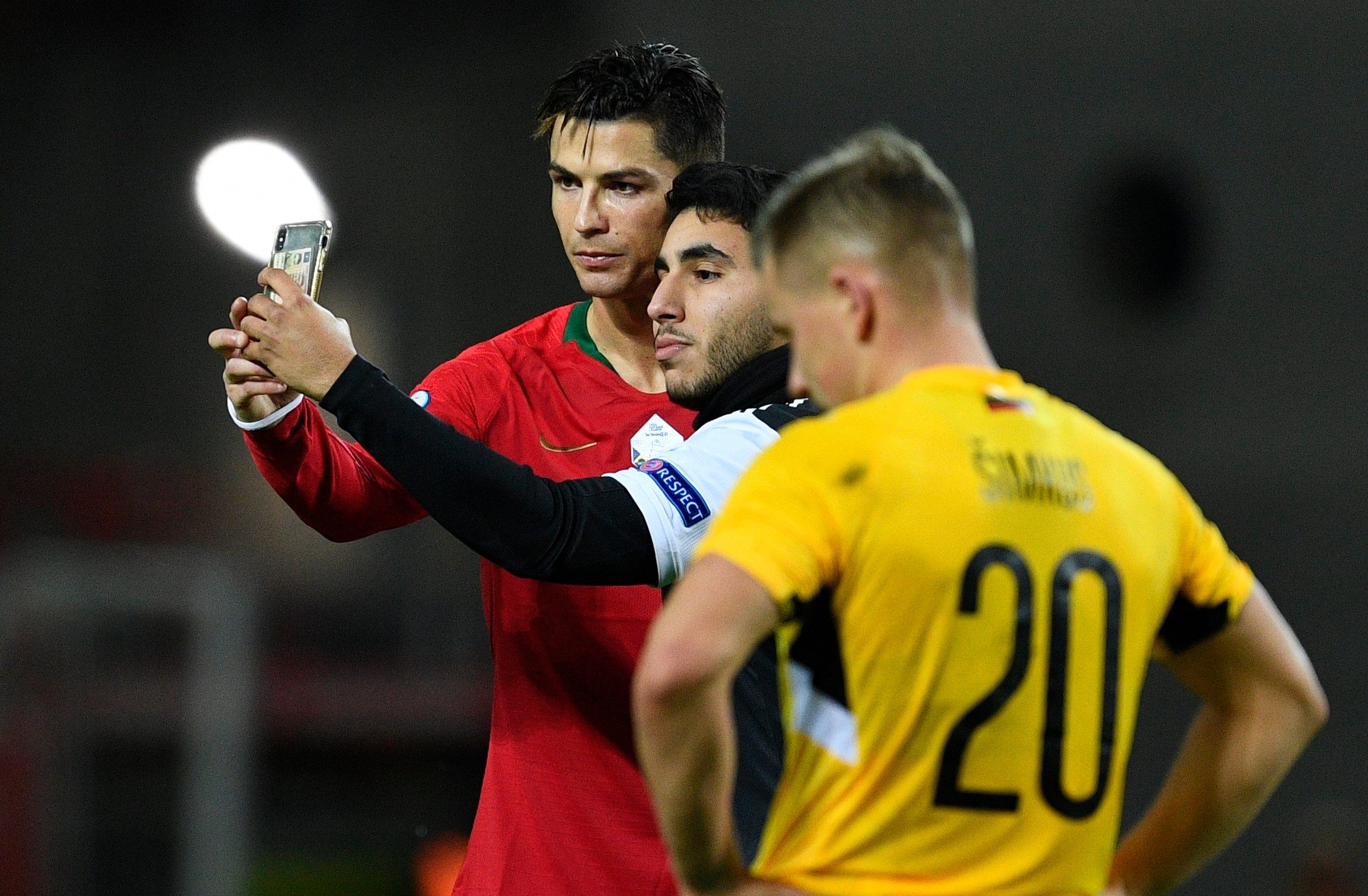 Cristiano Ronaldo posed for a selfie with a fan during Portugal’s game with LithuaniaCredit: Getty Images – Getty 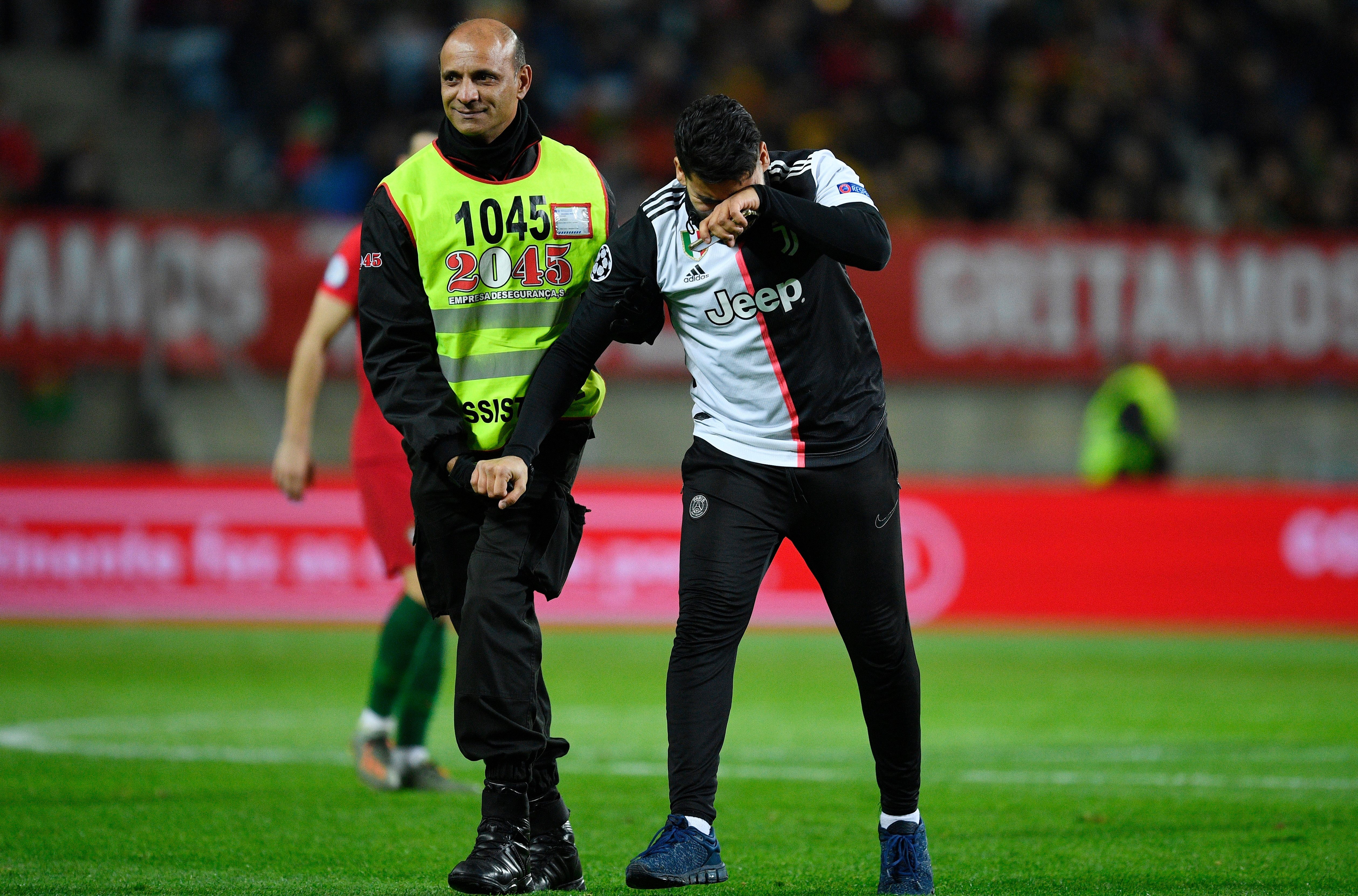 The supporter was in floods of tears after he grabbed the snapCredit: Getty Images – Getty

A fan dressed in a Juventus top approached the superstar, hugged him and prepared to take a selfie.

The waiting steward then dragged the fan from the field as he began to sob.

Ronaldo bagged a hat-trick as his country moved one step closer to Euro 2020 qualification with a 6-0 win over the Lithuanians.

The Juventus forward brushed aside a bad week at his club to push the Nations League winners one step closer to a spot at next summer’s tournament.

An early penalty set the Seleaco on their way, predictably scored by national record holder Ronaldo. 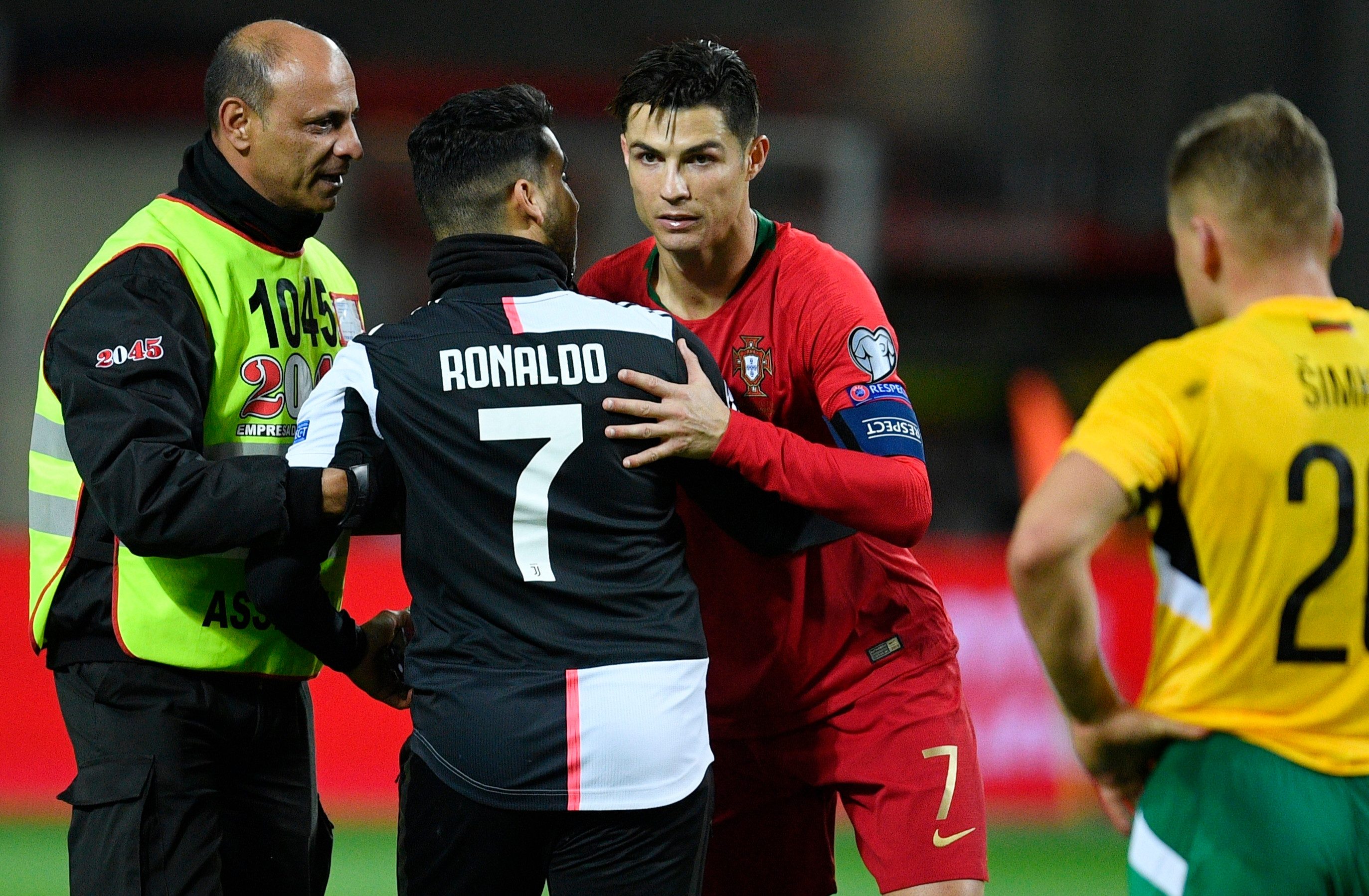 Ronaldo hugged the fan before he left the pitchCredit: Getty Images – Getty

But it was his smartly curled second and powerfully finished third that moved him within touching distance of a century of goals for Portugal.

Now on 98 strikes from 163 caps, the 34-year-old still has a great shot as surpassing Ali Daei’s record 109 international goals.

But Ronaldo risked the wrath of club boss Maurizio Sarri by declaring himself fit for the game despite the Italian claiming the goal scoring machine was injured.

The ex-Real Madrid star was subbed off after 55 minutes in Juventus’ game against AC Milan last weekend and stormed down the tunnel after seemingly mouthing ‘What the f***’ to his manager.

The 34-year-old reportedly left Juve’s ground before the end of the game, and afterwards Sarri insisted the forward suffered a knee injury.

But Portugal’s superstar faces the wrath of Old Lady bosses after telling local press he would be playing in yesterday’s game at the Estadio Algarve in Faro.

Ronaldo said: “The captain is fine.

If the feud continues with Sarri, SunSport explored five places he could go if he was to leave – including Inter Miami and an Old Trafford return.

Ronaldo netted his 700th career goal last month, doing so in Portugal colours, but he has scored only once in his last five appearances for Juve.